In this article, I will compare two cartridges by the same maker that, on the surface, seem to differ only in terms of coil windings and stylus shape: the Dynavector 10X5 MkII and DV20X2. Let’s start by comparing the two cartridges on a point-by-point basis. The 10×5 MkII is a 2.8mV High-Output MC and the DV20x2 is a 0.3mV Low-Output MC. The design and suspension seem to be the same (Flux Damper with Softened Magnetism), the cantilever is specified as being made from the same hardened aluminum, the compliance is the same 12 mm/N, and the internal resistance is the same 150 Ohms. Both cartridges require between 1.8 and 2.2 grams of VTF.

The cartridges do differ in weight. At 9.2 grams, the DV20x2 metal body is heavier than the 10×5’s plastic body at 7.5 grams. Ultimately, besides the 10×5’s higher output, the main difference is that the 10×5 has a Nude Shibata III stylus while the DV20x2 has a Nude Micro Ridge stylus. 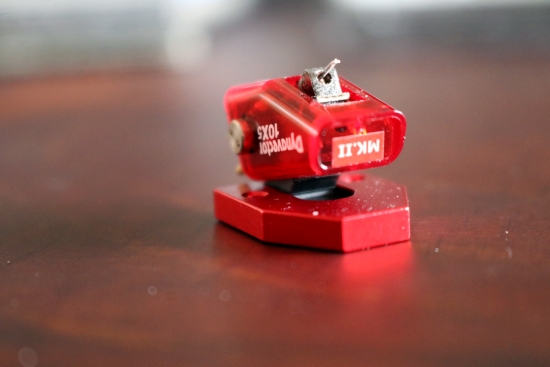 As part of the AVID turntable review, I listened to the Dynavector 10×5 MkII and although this cartridge is considered by many to be a class leader and it does indeed perform very well under the right circumstances, I found that its ultimate success was highly dependent on the tonearm in which it was used. Most notably, pairing it with the AVID TA-1 and TA-3 (OEM Rega RB220 and RB330) resulted in an overly tight, flat, and gray sound while the pairing with the AVID Sequel turntable and Audio Origami PU-7 tonearm worked wonderfully well, yielding superbly articulate and robust bass with excellent neutrality, impressive dynamics, and great PRaT. The cartridge also has a remarkable purity and realistic timbre. In this setting, ultimately, I settled on a 47kOhm loading with 50dB of gain for this cartridge. While the 10×5 MkII has a crystal-clear delivery, it is not bright at all. In fact, both the Audio Technica ATN150mlx and AT33Sa are considerably airier on top. But then again, both these carts could also be said to have more treble air than is strictly neutral.

I found that the match with the phono stage was also quite critical. For instance, while the 10×5 MkII worked fabulously with the CH Precision P1 phono stage, the match was not at all successful with the otherwise superb and top-of-the-range AVID Pulsare II phono stage where the result was in many ways similar to the pairing with the TA-3 tonearm. Remarkably, the 10×2 MkII worked much more synergistically with the slightly smooth and warm-sounding, and thus forgiving, AVID Pellar which is the brand’s entry-level phono stage.

Obtaining an MM-like high output from an MC cartridge involves winding much greater lengths of copper onto the coils which in turn negates some of the inherent advantages of an MC design: low weight. As I suspect that the main culprit in the observed critical matching could be this very factor, I wondered how a low-output Dynavector cartridge would behave. As chance would have it, Marco Oudheusden of Hexagon Audio also had the DV20x2 in his inventory and was happy to lend it to me for this comparison. 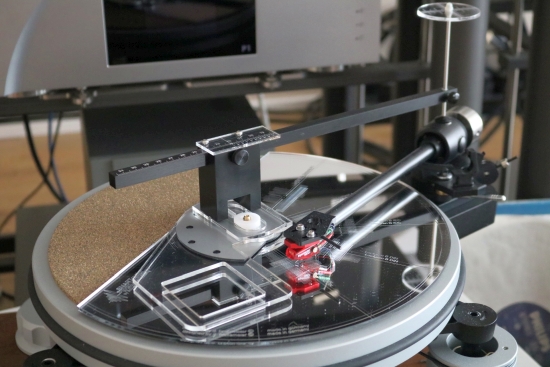 Thanks to the Acoustical Systems SMARTractor, swapping the cartridges was a breeze. Incidentally, the 10×5 MkII sounded best at 2,0 grams while the DV20x2 sounded better when set to 1,8 grams. 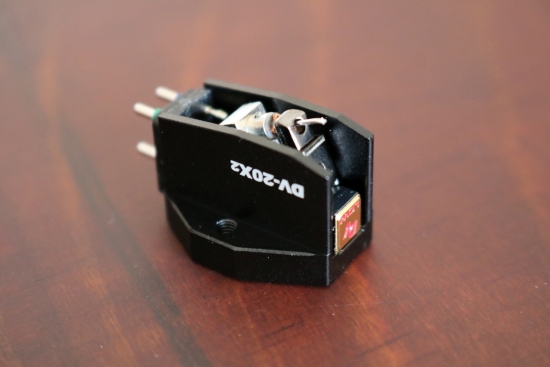 Mounted in the Audio Origami PU-7 tonearm on the AVID Sequel and with the VTF set the same as for the 10×5 MkII (2.0 grams), the DV20x2 sounded not at all similar to its high-output cousin. Instead, it sounded a little restrained and uninspiring. Mostly, in comparison to the 10X5, it lacked expression and dynamic impact. On the upside, I could immediately hear the combined benefits of the lighter coils and the Micro Ridge stylus which resulted in better low-level detail and nuance and more evident and longer-lingering decays and reverbs. 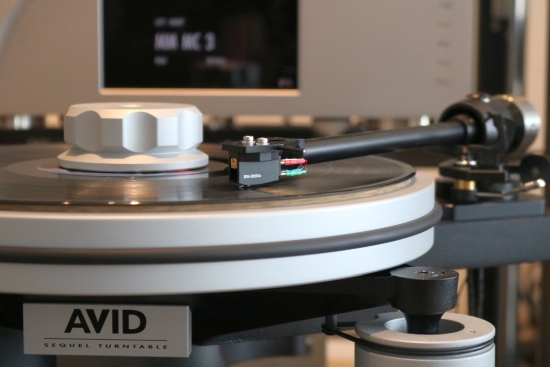 What the two cartridges do have in common is linearity and utter neutrality of timbre. Both sound absolutely uncolored and exceedingly neutral. I had hoped that the Low-Output DV20x2 would have more treble air but in this area, it performs on par with the 10×5 MkII. On balance, this was not what I had hoped for. In terms of dynamic impact, incisiveness, and PRaT, the high output cartridge was clearly more proficient and the listening panel (I and three friends) had a clear preference for the 10×5 MkII. At some point, I noticed from the low-riding polepiece that the DV20x2’s cantilever suspension caved in more than with the 10×5 MkII when set to the same VTF. Lowering the force just by looking at how much the suspension gave in and settling on what seemed to be visually more ideal, the resulting sound was indeed airier and became more light-footed, if arguably still lacking visceral impact. Checking the weight with the digital scale, it turned out I had set it to only 1.30 grams. Raising the VTF to the minimum specified 1.80 grams yielded tonally a good balance between solidity and agility. But no matter the adjustment, and no matter the loading and gain settings on the preamp, the DV20x2 does not come close to sounding as solid and impactful as the 10×5 MkII. Do note that this is not a matter of quality but something that is actually common when comparing high-output carts to low-output carts.

Although 30 Ohms is specified as a minimum, ultimately, with the CH P1, it sounded good at a setting of 200-325 Ohms and arguably best with a much higher loading of 10K and 60dB of gain. This relatively high loading (for MC) obtained the speediest sound with the most nimble bass and most communicative midrange in this setup. After having listened to a couple of LP sides, 1.80 grams did indeed seem to be perfect. So, maybe its suspension is slightly different indeed, even if the specs don’t indicate this. 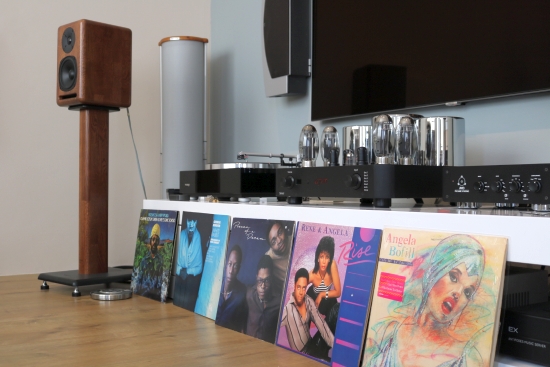 It should also be noted that the PU7 tonearm has a relaxed nature itself and I think this gentle nature is working against the DV20x2. This is probably also part of the reason why the high-output and extra robust 10×5 MkII works so well here. That would also explain why I find the AT33Sa to be lacking a little in incisiveness and body with this turntable and arm. Thus, a pairing with a different arm could yield different results. 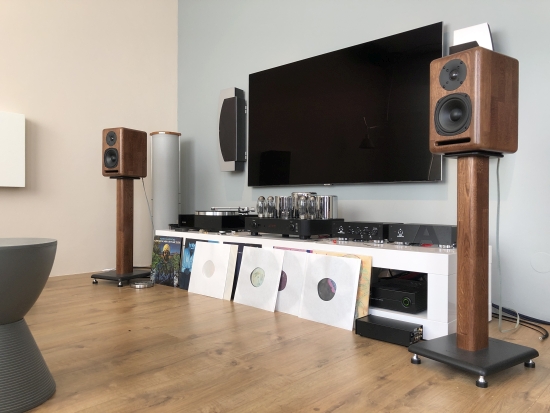 To reduce the chance of the DV20x2 being listened to only in non-synergistic circumstances I also listened to it using the Thorens TD1601 turntable in the context of the Xavian Perla Esclusiva speakers, Ayon Spirit III KT-150 tube amplifier, and AVID Pulsare III phono stage. In this very different system, set to 300 Ohms and the gain on MC Mid, the AT33Sa works highly synergistically.

It has superb tracking and great soundstaging abilities, and superbly refined and airy treble. What’s less well-developed with the AT33Sa is the bass. It’s not that it’s lacking, it’s actually much more robust than with the ATN150mlx, but compared to both Dynavectors and the Aidas Rainbow, it’s slightly round. It’s not only the bass, though. Although the AT33Sa provides a highly detailed rendition across the frequency range, it also has a slightly sweet, slightly romantic touch. 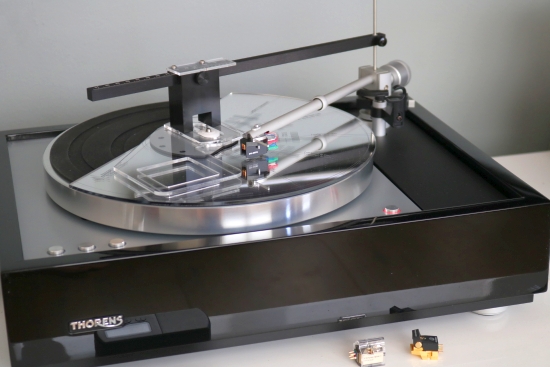 After mounting the Dynavector DV20x2 in the Thorens while retaining the settings on the phono stage, the sound does indeed become more neutral. The bass gains articulation and is just slightly more incisive while the midrange becomes less romantic but also purer and more direct. Although some may see this as a disadvantage, I’m all for neutrality and I like the DV20x2 for it.

As one would suspect when moving from a Shibata stylus to a Micro Ridge stylus, the tracking is superb but compared to the AT33Sa, and apart from the more articulate bass, I don’t hear any further increases in resolution or accuracy. 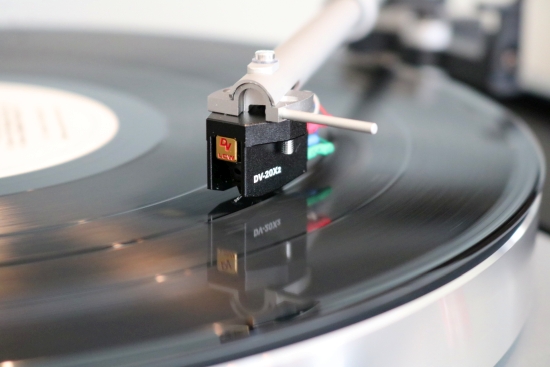 In terms of soundstaging, there’s a notable difference between the AT33Sa and the DV20x2. Whereas the former is wide and deep, the latter tends to sound concentrated between the speakers. With its high output 10×5 MkII cousin (and with the AVID Sequel), this aspect goes hand in hand with superlative robustness, dynamics, and impact but with the DV20x2 (with either the AVID or the Thorens), alas, it does not. In either setting, the overwhelming feeling is that the cartridge sounds dynamically withheld and therefore not very exciting and ultimately not very involving. It certainly has its qualities but it doesn’t blossom under the given circumstances. I tried adjusting the gain and the loading but found that the initial setting remained ideal. Apparently, this phono stage or this system as a whole responds differently than the CH/Magico setup. 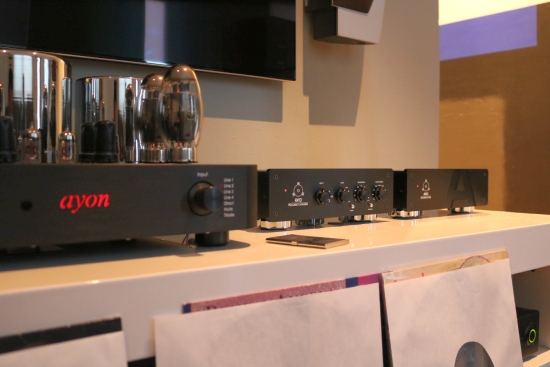 Could it have something to do with the “Flux Damper with Softened Magnetism”? Whatever it means, the 10×5 MkII seems to overcome this problem with its very high output, although this cartridge also seems to be particular about the tonearm match.

Despite my best efforts of extracting the best from it using two different setups, the DV20x2 sounded dynamically restrained and less involving than I had hoped. This cartridge may require yet another tonearm or turntable to sound its best. Maybe something along the lines of a Rega or Funk Firm or something entirely different, as long as it is inherently spicy and exciting and can benefit from the DV20x2’s total lack of editorializing.

The 10×5 MkII’s performance is also highly dependent on the tonearm and turntable pairing, but I found it relatively easy to find a synergistic marriage here. And when the match is right, this cartridge performs extremely well indeed. It has great tracking and produces a superbly articulate and robust bass with impressive dynamics and great PRaT, along with remarkable purity and spot-on perfect timbre, topped off with utter linearity and neutrality. 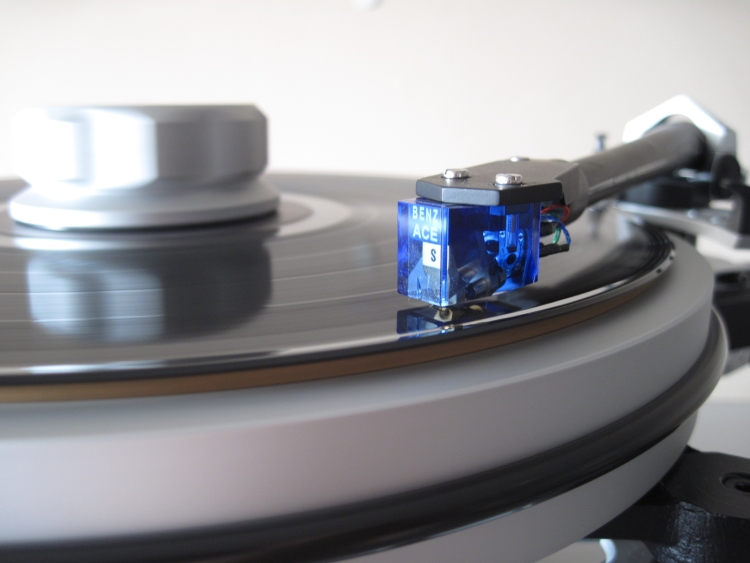 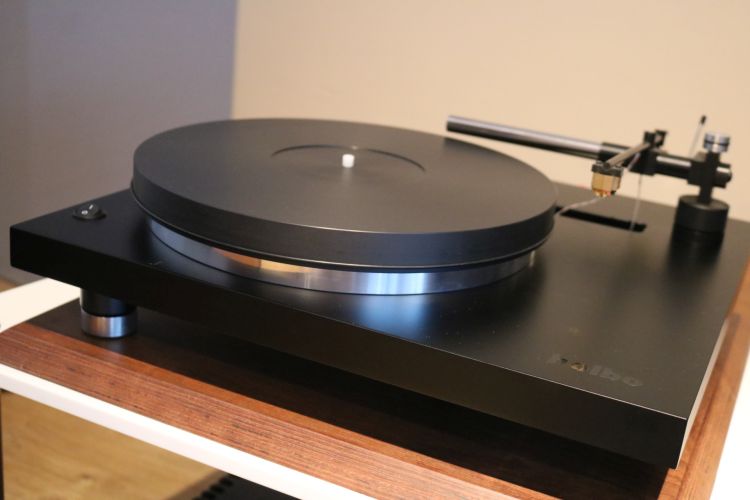 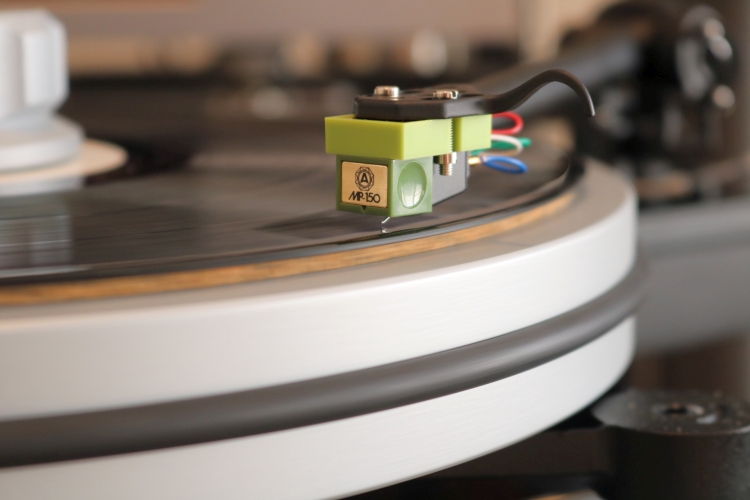