Founded in 1980, Canadian audio company Classé became part of the Bowers & Wilkins Group in 2001. In 2016 B&W was acquired by EVA Automation but only a year later the new owner ended all Classé activities in Montreal. For a moment, it seemed like that was it for the brand. Fortunately, Sound United emerged as the savior and the activities of Classé were resumed under the leadership of Dave Nauber.

Meanwhile, Classé had started developing the third generation of Delta products and this continued after the Sound United takeover. Production was moved from the B&W factory in China to the Shirakawa Audio Works factory, about 130 miles north of Tokyo in Japan, where the more upscale Denon and Marantz products are made.

The third-generation Delta product line includes the STEREO amplifier, MONO amplifiers and the PRE preamplifier with built-in DAC and streamer, and conceptually based on the CP-800.

In this review, I will first address the two units separately to assess their individual qualities and after that, I will see how they perform when combined. 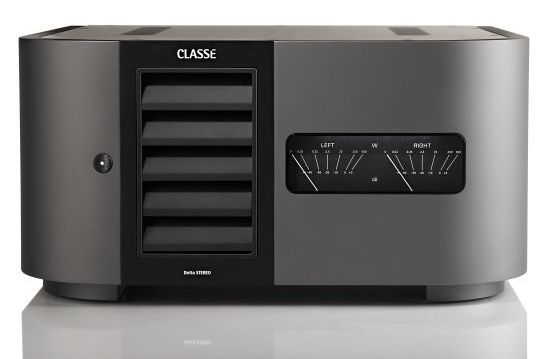 Although the curvy shape and the outer dimensions have been retained, the new third-generation line sports a stylish gray tone with black accents. On its cleanly designed front panel are two prominent features. First, the beautiful (and, unlike the Anthem STR’s meters, quickly-responding) VU meters (which show the average wattage) and, second, the ventilation opening which Classé calls the ICTunnel. This concept concerns a quadruple folded heat sink on which all transistors are mounted and through which an airflow is blown by means of an internal fan. This fan has a sensing circuit and rotates exactly as fast as necessary to keep the internal temperature constant. As long as there is music playing, you will normally not hear it. But in a quiet listening room and when playing no music or in between the tracks, you can perceive the familiar soft rustling sound of a fan and some purring bearing noise from the listening position (3.5 meters). 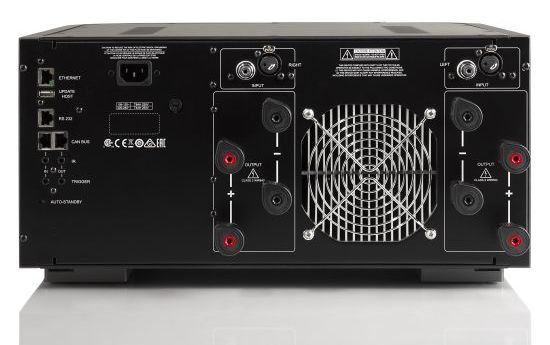 While the fan does speed up after the first hour of play, it only increases the wind noise and not the bearing grunt. While the wind noise at this higher speed is certainly audible anywhere in the room, the flow remains at a constant level and the pitch does not vary. And even when playing very loudly or after prolonged listening, the fan does not speed up further.

Upon checking with the manufacturer, Classé commented that the fan should not exhibit bearing noise and that my review unit may contain an out-of-spec fan. 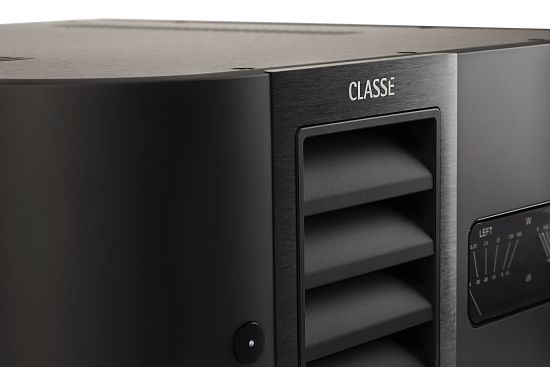 The big advantage of the airlock is that the amplifier housing remains remarkably cool. Large parts of the device feel cold even after hours of play, while a constant and quite warm airflow can be felt at the back. This makes it easy to place the amplifier in a rack, as long as the rack at the back is partially open, and you can place devices on top of the amplifier without any problems. That is something that you should not do with a convection-cooled amplifier and certainly not with one such as the Classé which is up to 12.5 Watt in Class-A and therefore always gives off heat, even when no music is being played. 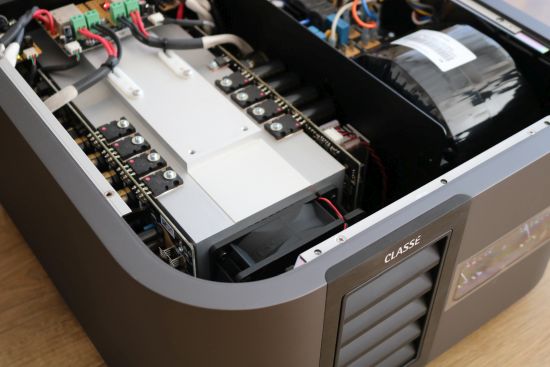 One of the core goals of the new amplifier design was to reduce the focus on extremely high wattages, in favor of a considerably higher power reserve. Nevertheless, the amplifier still delivers more than 250 Watts in 8 ohms and 500 Watts in 4 ohms in class A/B. As should be common knowledge by now, the amount of watts is only one aspect and it says very little in itself. When controlling difficult speakers, the most important aspect of an amplifier’s design is how stable its power supply is. All it takes is a peek at the amplifier’s internals to know Classe means business! At almost 53 kilos, the amplifier is very heavy and if you look at its transformer you instantly know why. This amplifier contains the largest toroidal transformer that I have ever seen inside an amplifier. With reportedly half a kilometer of wire and a weight of almost 14 kilos all by itself, it forms a very serious foundation of the amplifier. 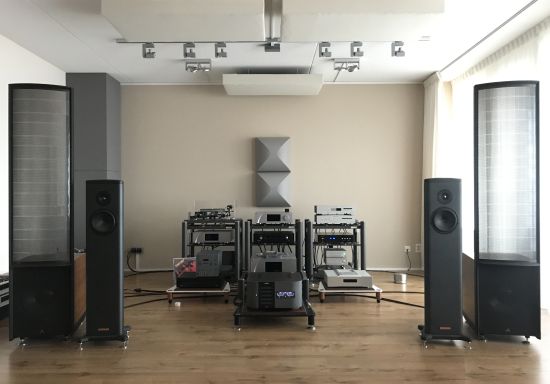 The Martin Logans that can be seen in the image above have not been used within the context of this review. For the most part, they were moved out of the way to give the Magicos all the room to breathe freely.

Fresh out of the box with zero hours on its counter, placed directly on an Artesania platform, fed by the Antipodes K50 Music Server and CH Precision C1 DAC and, and connected to Magico S1 MkII speakers via Driade Flow 405 speaker cables, the amplifier immediately sounds satisfyingly robust and pleasingly grunting in the bass. There’s a beautifully articulated and voluminous quality at the same time. The pacing is perfect, not slow nor rushed. The midrange is very natural and convincing in timbre, although I do notice a slight coolness now and then and some hardness here and there. This, I would later find, can be attributed entirely to the required running-in. Nevertheless, the sound immediately involves me such that I blissfully ignore the edge and raise the volume some more. Wow, the Classé certainly has no problems playing at storm-levels! The amplifier has the kind of unshakable authority that makes one want to push its limits, only to find that there seemingly is no limit! 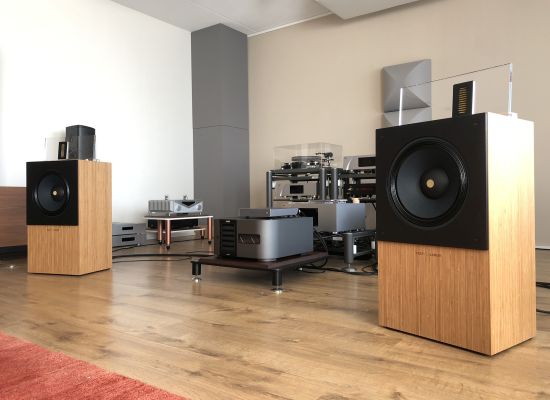 One might argue that the cutie S1’s don’t need a beast of an amplifier anyway. But as I know from the CH Precision A1.5 amplifier and its Watts-readout that with a little (well, ok, a LOT) enthusiastic playing, a whopping 450 Watts easily disappear into these speakers. Speaking of which, the big Swiss amp certainly also has great grip on the speakers, but it has a different character than the Classé. It is incredibly articulate and highly neutral and even-handed. Some find its clean balance and utter neutrality to result in a sound that is a little too lean and I agree that you could state that its bass is a little on the slim side compared to certain other amps that I reviewed, such as Bryston, Electrocompaniet and McIntosh. Indeed, these other amps also have a richer and fuller-sounding midrange, but in my view, the A1.5 is not lacking; the others are deviating from neutrality.

The Classé is also very neutral and very linear but by no means slim. Maybe it’s even a bit more robust and fuller in the bass than I would regard as strictly neutral, but with the Magico S1’s, the balance is just right. The bass is enormously powerful as well as fabulously detailed, a combination that you don’t often hear.