After having reviewed the Zesto system and pondering potential next steps, Pierre and Francois of Colab and Bel Hifi were quick to declare their appreciation for the Norwegian Electrocompaniet brand. If tubes do not apply then this brand is their first choice. Not having any experience with the brand I was absolutely happy to plan for a review. In order to provide the best perspective, I felt that it would be most interesting to review a mid-level model as well as their top-offering. 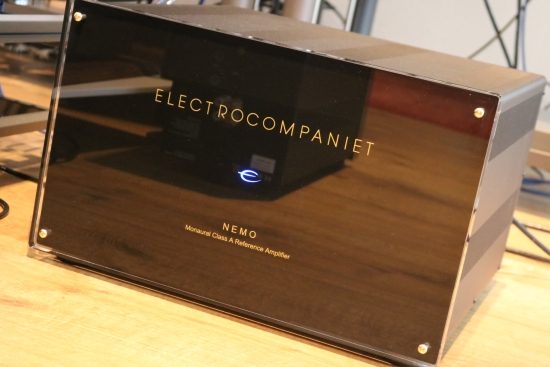 The Electrocomaniet logo glows in different places: on the front for the AW600 Nemo; on the top for the AW180 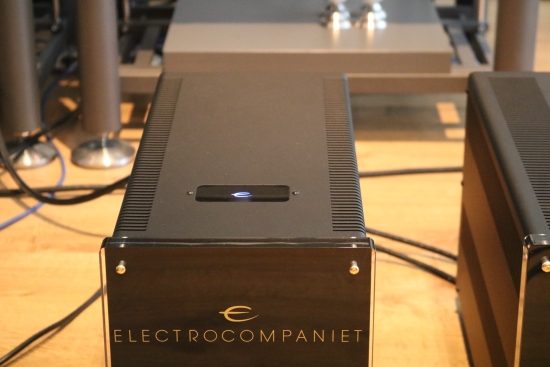 Established in 1973 in Norway, Electrocompaniet is known to voice their equipment to achieve a sound that they feel is most true to the live listening experience first and foremost and according to technical measurements second. Their amplifiers have been used in several Recording Studios, including Michael Jackson’s and Abbey Road Studios. In 2004, the company went bankrupt but the assets were quickly acquired that same year by Norwegian company “West Control”. Under the leadership of a new CEO, Mikal Dregggevik, all production was moved to Tau, near Stavanger. Importantly, the brand remained 100% Norwegian and today they are represented in over 50 countries worldwide.

There’s an interesting story on Wikipedia about how Michael Jackson’s producer Bruce Swedien got hooked on the brand:

It is speculated that the Nemo was specifically designed to work with the B&W Nautilus 801. A Stereophile reviewer found that he required four channels of serious amplification to drive them but, as rumor has it, the output of a single Nemo should be sufficient to drive one full-range 801. Either way, the Nemo name seems appropriately chosen and it is a fact that Nemos are or were used for driving N801’s at Abbey Road Studios in England.

Both the AW180’s and AW600 Nemos do not have normal rubber or plastic feet, rather, they use the excellent Soundcare super spikes, also from Norway. These smart couplers contain a spike and base, contained within a holding cup which makes it possible to move the amps around (if you are strong enough and don’t have back problems:-) without having to worry about the spikes landing beside the floor bases. The underside of one AW180 – these super spikes had been fitted with felt pads to allow for easy moving but this is not ideal for the sound.

I used Soundcare super spikes with all the Apogee magnetostatic speakers as they not only proved very handy when moving the big and heavy speakers around but also sounded better than any of the regular spikes that I tried. I’ve not made a separate review but there’s a nice section about them as part of the Apogee Diva review. 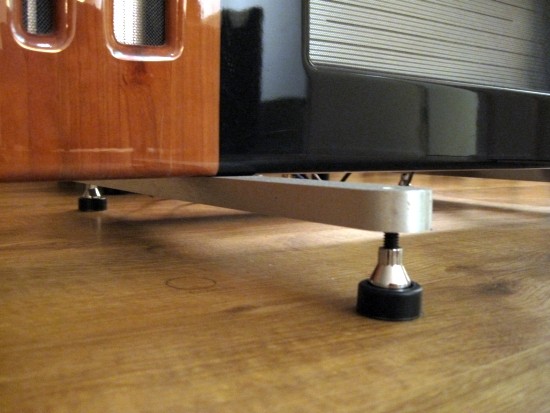 The very strong Jerom, I mean Francois, of Colab/BelHifi handles these amps as if they are lightweights but he also told me that they use Stillpoints as couplers for these amplifiers. Of course, this can lead to even better results but at serious cost.

With “Class A” written on the front panels, one might be led to assume that these amplifiers actually work in Class A rather than Class A/B. However, these amplifiers are really cool to the touch which doesn’t rhyme with typical Class A behavior. The manuals do not specifically state the working principle so, in order to get clarity, I emailed Electrocompaniet and my mail was promptly responded to by Volker Hunger. As it turns out, Electrocompaniet uses the Class A label similar to how Technics used the Class AA label on their amplifiers in the ’80s. As Volker explained:

“All our amplifiers are Class A/B and have been for approximately 40 years. “Class A”, in this case, is rather meant as a quality designation, like reference… , first-class… High quality… We know, this term can be confusing if someone does not know about the technical details but it has been on our front plates for a long time, so this designation has been kept for historical reasons, just like the acrylic material for our front plates and the golden knobs. All pre- amplifiers and output circuits, for example in CD-players, Steamers, and the like, are a completely class A design. It’s one part of our design philosophy that transistors in these circuits “work on high class A operating points. It is also correct for all circuits of our power amplifiers in up to the output circuit. These are all Class A designs, but of course not the output section”. 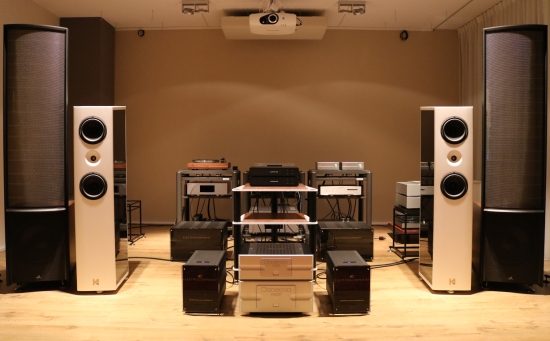 The system used to review these amps consists of the CH Precision C1 DAC, CH Precision A1.5 power amp and the Kroma Audio Carmen and Martin Logan ESL15A electrostatic speakers. The source is the Antipodes CX, straight into the C1 DAC via its Roon-Ready ethernet board. Apart from the aforementioned equipment, some more equipment that was simultaneously over for review was also used, such as the Lejonklou Sagatun dual-mono preamp, as well as three different other speakers. I found that the Electrocompaniets’s sound, as per usual, can be influenced with interlinks and power cables but found that they sound best to my ears using straightforward and open-sounding cables such as Siltech Paris MXT interlinks, Jorma Trinity speaker cables and Belden power cables or, in some cases, the supplied standard power cables. In the case of the latter, any components that the sound was compared to were also outfitted with the same basic cables.

Both the AW180’s and the AW600 Nemos are true balanced designs where the latter are bridged and, in effect, quadruple-balanced. As I have not always had positive experiences with bridged designs, I was curious to find out how the two models compared. 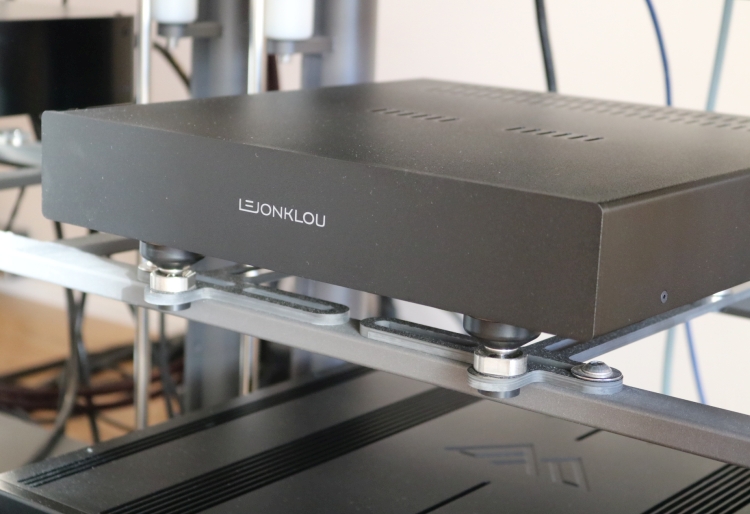