Since its review in December 2017, the ST10 stereo power amplifier has been a solid HFA-Favorite and I have used it thoroughly ever since. Meanwhile, NuPrime has released a mono version of this amplifier. Based on the ST10’s fourth-generation (V4) amplifier module and chassis and doubling it up, the mono version dedicates its entire power supply to a single channel. Further, the space vacated by the deletion of one channel PCB in each of the two channel’s chassis is now populated by a PCB with ten 2200uF-rated, NuPrime-branded capacitors. In addition to doubling the 8-ohm power rating from 150W to 230W and increasing the stability, this has also led to lower cross-channel interference. 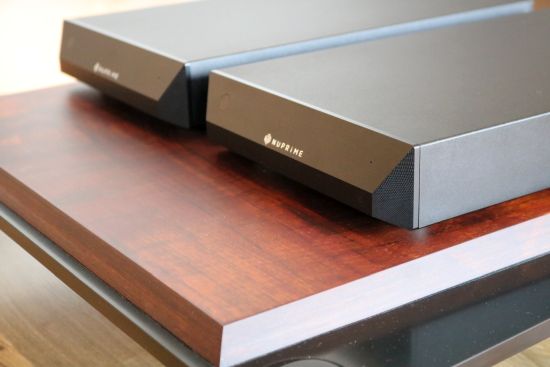 More power and stability is always nice but, honestly, I don’t feel that the stereo amp was lacking in these departments. The Magico S1 MkII’s are not the world’s most demanding speakers but if I’m pushing it a little, the CH Precision A1.5 power amp’s display will frequently indicate power ratings of several hundred watts and even peaks over 400 watts which may explain why I’ve yet to encounter a tube amplifier that drives them well. In any event, the humble ST10 never sounds anything but totally in control when driving these speakers.

Thus, while more power might be welcome in other situations than mine, I am most interested to hear which benefits the double chassis design brings for the Sound Quality. 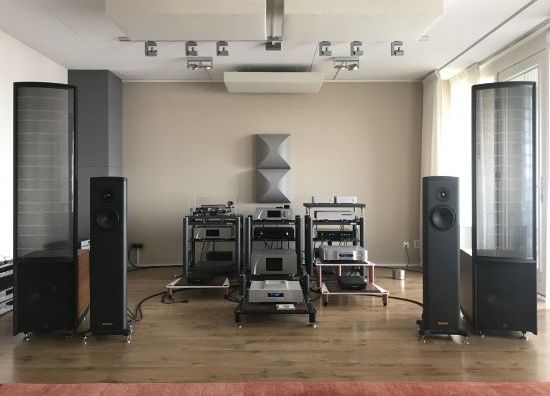 Although I am used to listening with the CH amp and even after reviewing many other amplifiers, it is easy to hear why the humble ST-10 remains a favorite. Sure, there’s no denying the Swiss amp’s superiority, particularly in the fields of resolution and transparency, but that’s only fair at 18 times the NuPrime’s price. Interestingly, though, it’s not so much the NuPrime’s relative flaws that grab the attention but rather its qualities. No matter which speaker you hook it up to, this little amp is always super-enthusiastic, positive, lively, solid, full-bodied and hugely expressive. Just like the CH amp, the Magicos are capable of higher resolution than the ST10 delivers, but its effortless music-making capabilities render that point relatively moot. Yup, I stand by my original conclusion: the ST10 really is a great amplifier. 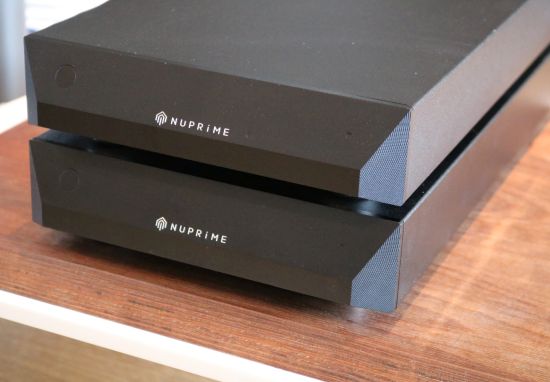 Switching from the stereo ST10 to the ST10M duo I was relieved to find that the basic character is unchanged. The sound is still solid, sonorous, full-bodied and tonally natural and realistic but also clearly enhanced in several aspects.

While the duo’s sound is comparatively a little less boisterous than that of the stereo model it’s still plenty propulsive and snappy yet considerably cleaner and so much more sophisticated. Especially obvious is the increase in refinement and resolution in the midrange and treble, which are precisely the main areas in which I felt that the stereo model could be improved. Moreover, whereas the stereo amp could be a little rough, thus favoring more forgiving speaker cables, the Monos worked perfectly with both the Driades (maximizing smoothness and flow) and the Jormas (maximizing articulation and transparency).

I already mentioned not having a need for more power but even so, there is the sense that the Monos exert greater control over the loudspeaker, everything feels just a little tighter and more precise. While that leads to a calmer, less exuberant performance than with the stereo amp, it is fair to note that the way that the Monos handle the bass is more in line with how most amplifiers perform. Although I always thoroughly enjoy it, the stereo ST10 is admittedly not entirely neutral and a little over-enthusiastic in the bass. I can safely say so because it has consistently out-slammed every single other amplifier, even super high-end amplifiers, including the CH A1.5. Importantly, the ST-10 Mono’s delivery is still plenty impactful and percussive as well as decidedly upbeat and toe-tappingly rhythmic. What the duo seemingly omits in unbridled slam, is actually the omission of a degree of lumpiness, of the ST10 being a little bombastic in comparison. The Monos are simply more neutral and much more linear. With the ST10M duo, the energy is more evenly distributed across the entire frequency range, rather than being especially potent in the bass. Indeed, on the other end of the sonic spectrum, the mono amps’ treble is not only more refined and more highly resolving, but it’s also airier and more extended.

Whether used with the C1 DAC or the Aqua Formula xHD DAC via the Audio-GD Master 1 preamp, the Monos just work beautifully. They offer a crisper yet also gentler rendition than the stereo version with better articulation across the board, which makes subtle sounds emerge from the mix faster and with more precision. Rather than spiking in an edgy fashion, the transients peak gently to make for a sound that is neither rough and dry nor smooth and laidback but precisely in-between. These amps offer a rare balance between refined calmness and fast-paced, impactful dynamics. Above: the removal of one set of speaker connectors makes for easier connectivity. It’s still not ideal for spades but it’s a lot more comfortable better than with the very crowded stereo version (below) 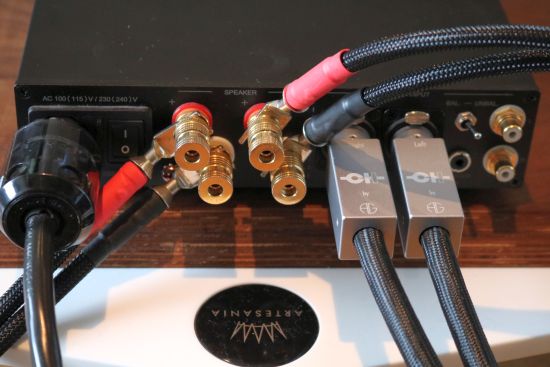 For all their improvements, the Monos’ performance understandably doesn’t stretch to the extreme heights of the A1.5 but the two have certainly come a lot closer. For one, in terms of bass control, pitch precision, articulation and definition, the big Swiss doesn’t have a whole lot of a headstart any longer. In other terrains, the A1.5 still pulls ahead but that’s only to be expected. But what of the more similarly-priced competition?

At a little over 3000 euros, the ST-10M’s are perhaps no longer the bargain that the stereo model is but even though the higher price tag positions them closer to the nearest competition, still, they are priced relatively affordably.

Naturally, there are plenty of options in the Class-D camp. One could think of ICE-power or Ncore in all their OEM guises. However, in the original ST-10 review, I already mentioned that I felt that, of all the Class-D amplifiers that I had heard, only the Mola Mola Kalugas really outperformed the ST-10, at 6 times the price, I might add. In the meantime, I have reviewed several other amplifiers of which some were indeed better (but considerably higher-priced) and some were more or less comparable in quality (but with a different perspective as well as being more expensive). The atm-Audio EPM-700’s spring to mind. Encased in a milled-from-aluminum casing, they are certainly aesthetically pleasing and sonically, too, they do some things better than the NuPrimes but they’re not all-around better and they cost nearly double.

Leaving out the stratospherically-priced power amplifiers and focusing on the ones that hover around the ST-10M’s price point, remaining are only two brands that I feel offer comparable sound quality (albeit with different perspectives): Kinki Studio and Audio-GD, both from China. I think that says a lot about the value for money that you get with NuPrime. All the offerings from Europe or the USA that I would consider equal or better carry price tags approaching 6000 euros which is double the ST-10M’s price tag.

With each of the two channels powered by its own transformer and extra capacitance, the available power has doubled. With the Logans and Magicos, however, I never felt that I needed more power than the stereo model provided. The Monos do offer better control, though, and that’s certainly an asset. But if you ask me, the extra power is not the amplifiers’ biggest selling point, rather, it’s the increased sound quality across the board. The Monos retain everything that makes the stereo model such a cracking amplifier while surgically addressing its lesser areas to arrive at a higher overall audiophile level.