The cause for this review wasn’t a cable-shootout but rather to see what works best in combination with the Audio Physic Caldera speakers. And as it turned out, there were major differences depending on where the cable was connected to the speaker and this is what the review is focused on. As a spin-off, there is also an interesting comparison between Transparent and Synergistic Research. 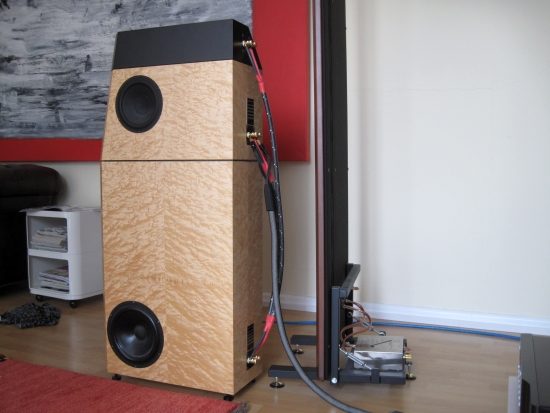 The Caldera exists of 3 cabinets that each have their own connectors. They are interconnected via a huge “jumper cable”. This leaves the option to connect the main speaker cable in 3 positions with marked differences in sound. 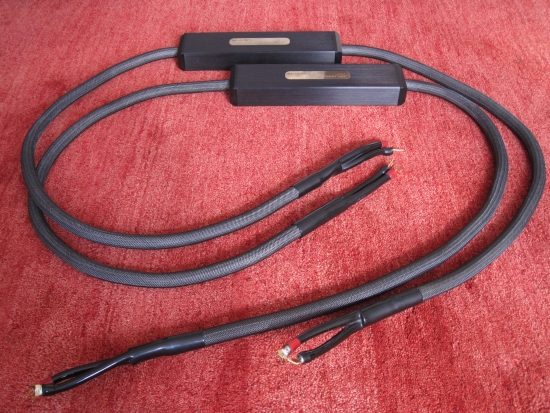 Regular readers of this site know that I like Transparent cables a lot. I have been using them in my system for many years now, and so have many friends. I am intimately familiar with the brand’s sound but of course I am still open to listening to other cables. It is just that I have yet to encounter a brand that fits better in my system than Transparent. For this review we will use the Transparent Ultra XL. 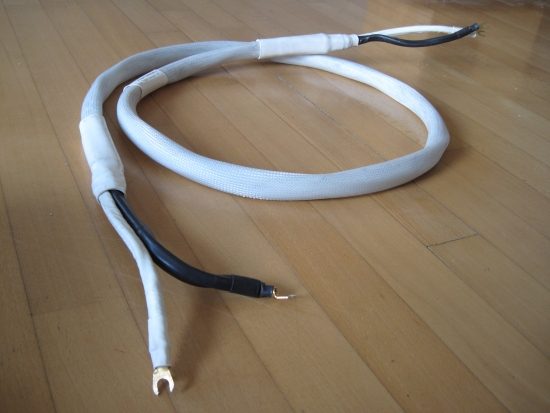 Even though some of the photos show the speakers in my own setup, the review system was actually that of a friend. Nevertheless, I am also very familiar with his system.

These cables sound miles apart. They have very different characteristics but both have valid arguments. Let’s start with Transparent. There is definitely a Transparent House Sound but it evolves going up the range. Also, the sound changed with the introduction of the MM range. But we’re comparing the XL version here, in my opinion the best Ultra so far. This Ultra sounds both musical and refined yet fast and accurate. The Ultra is Transparent’s fastest cable yet it is never academical or clinical. Dynamics are accurate but not overexaggerated. Its treble is remarkable: open and airy and never edgy or hard. To me, the Ultra is very well belanced. It can be bettered by the Reference but be warned that the balance shifts from fast and dynamic to more relaxed and smooth.

The Synergistic Designer’s Reference is much more a music lover’s cable. It is nowhere as refined as the Transparent, nor as open and airy on top but it is a whole lot more forgiving instead. Not that the Transparent is ruthless, far from it. But if a recording is bad, the Transparent will let you know about it. And because the Transparent is so fast, sometimes dry recordings can sound just that – dry. The Synergistic covers up bad recordings with a nicely warm blanket of colorful harmonics. It is not as neutral as the Transparent but very likable. Its bass is different too: thicker, slower and with more “balls”. While its character is likable, it can be too much when you start to notice that all music starts to sound alike. It is one thing to be forgiving to bad recordings but once the differences start to disappear, you should ask yourself if this is what you want. What disturbed me most though was its lack of ultimate resolution and HF extension. The Synergistic can sound smoothed over and is a tad dark. In this particular system, this was not a good thing. Maybe, in my own system (Magnepan Ribbons) the Synergistic would have been a better match but there was no time to try this. 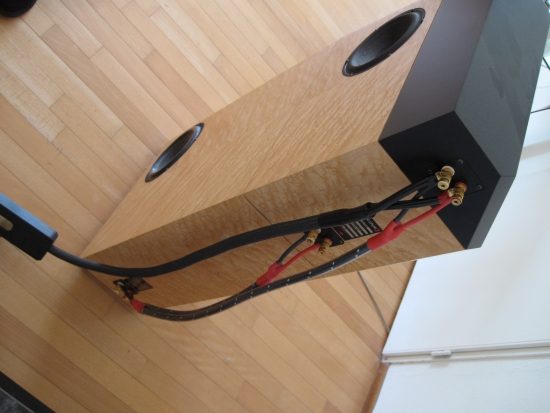 Experimenting with the Caldera’s 3 possible connections

The Audio Physic Caldera speakers consist of three cabinets, each with their own set of connectors. The three cabinets are interconnected by means of a huge “jumper” cable, made from Wireworld Eclipse III. We discovered that there are big differences in sound depending on where you connect the speaker cable.

The most common-sense connection method is at the bottom. It makes it easy to keep the cables tidy and it is what you usually do. But a hardness in the treble urged us to experiment with both the Transparent and Synergistic Research cables. First we went to the other extreme: the top connectors. And indeed, it was like we connected a different speaker cable. The highs lost all their aggression and hardness while the mids also improved. The bass however became slow and imprecise. This was too much of a shift in character. So logically we tried the middle connector. Bingo! This was it. The perfect balance. The highs were almost as good as when connected to the top connectors while the mid was much better and the bass was almost as good as when connected to its cabinet directly.

There were slight inconsistencies when comparing the Transparent and Synergistic cables. For example, the Synergistic sounded best at either the bottom or middle positions (while too flat and dry at the top position) while the Transparent sounded best at either the middle or top positions (while too lean and mean at the bottom).

But how could this be? Well, my theory is that the Wireworld “jumper” cable might be a bit aggressive. It is certainly a good cable but the speaker probably deserves better. But a three-way jumper cable of this size is not easy to replace. Keeping the suspected hardness of this cable in mind, it could well be that we’re talking about a classic case of stimulate/compensate. By this I mean that the Synergistic, for all its fullness and darkness, actually benefits from the hard sounding jumper cable, which compensates just nicely. Conversely, the Transparent, for its openness and speediness, was too much accentuated by the jumper cable and consequently sounded much better at the top position. But what’s the common denominator here for both Transparent and Synergistic?

The jumper cable is only half the story of course. What’s left is the common knowledge that every transition from material to material tends to add some character of its own, most of the time a certain edginess. By connecting straight to the top cabinet and its tweeter, you bypass a lot of (supposedly aggressive sounding) cable and you get the cleanest treble. By connecting to the middle cabinet, you do the same but here the effect is more profound because our ears are most sensitive at the mid frequencies and any harshness here is very easy to pick up on.

The last remaining question is this: how come that the bass doesn’t suffer much from connecting the Transparent to the middle or even the top? This lies in the nature of sound and again has to do with the middle frequencies. It is mostly the overtones, the harmonics of the bass that make up its character so by making sure that the mid frequencies are reproduced well, you also make sure that the bass sounds fast and articulate, even when the bass speaker itself is connected via a detour. It’s a strange world isn’t it? But most of the time, luckily it makes some sense. 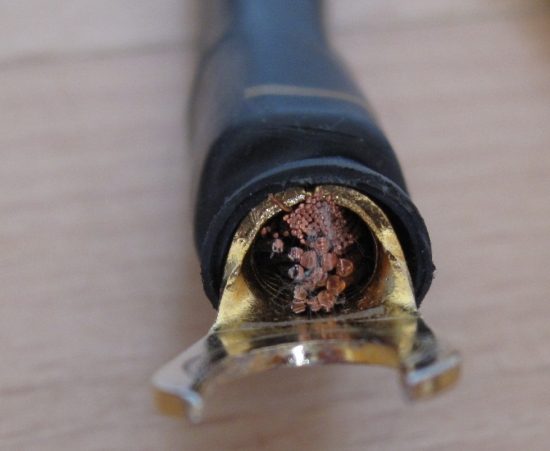 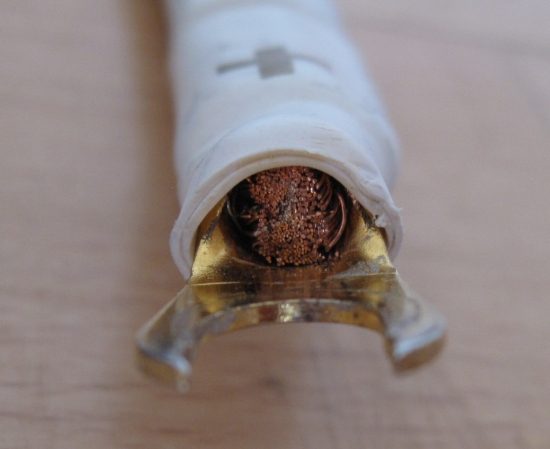 One interesting thing that I noticed about the Synergistic Research cable was the difference between plus and minus leads. For the plus, they exclusively use stranded wire while for the minus there is both stranded and solid core. I’ve heard the theory once that this would result in a fast sounding cable but clearly, this is not the case here. Quite the opposite. It might even work less well with amplifiers that work in balanced mode (push-pull), where there is no plus and neutral but rather two plusses of which one is in opposing phase. Whether this worked against us in the test I cannot say but it might be something to keep in mind. If any technicians out there have an interesting view on this then I’m always open to suggestions! 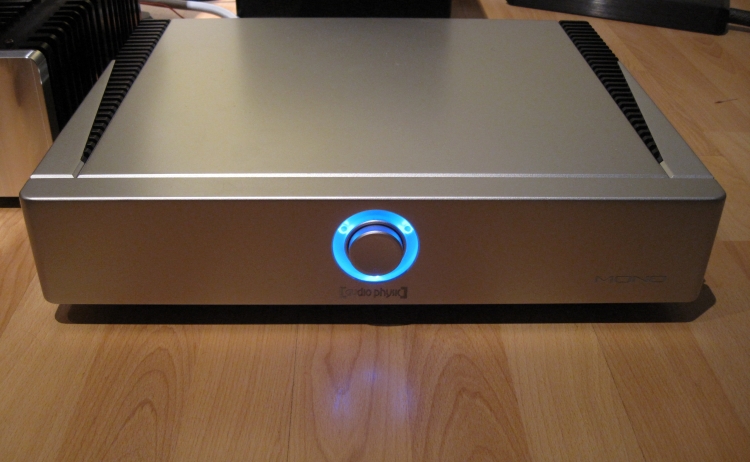 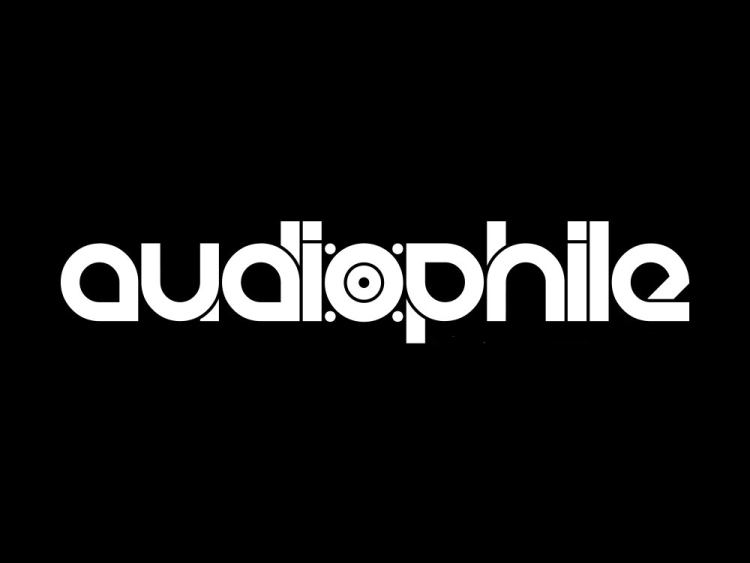 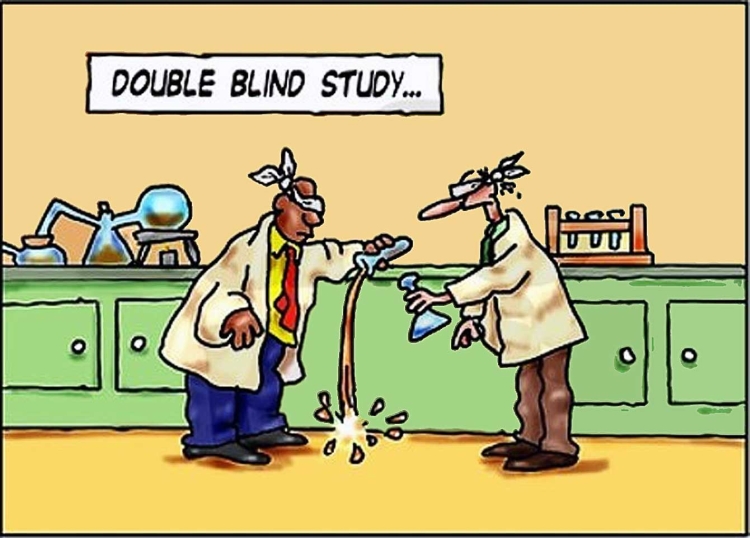 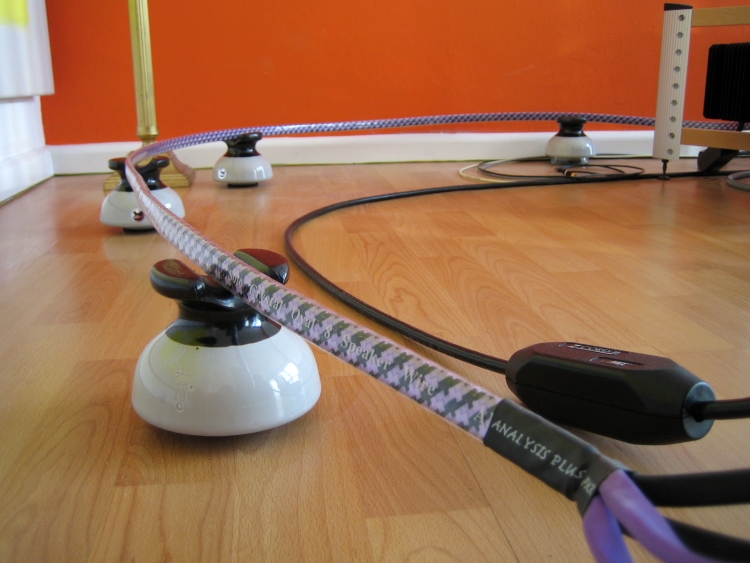