Christiaan Punter 10 May 2010 No Comments 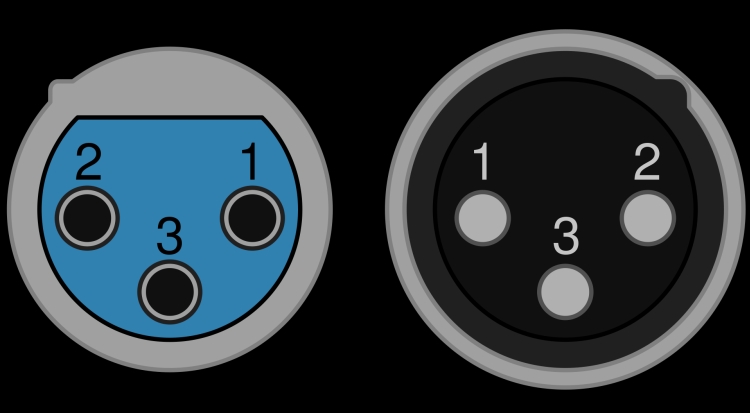 Just like the old analog versus digital matter or Mac versus PC, Balanced versus Unbalanced and/or XLR versus cinch connections is a discussion in which many people seem to have a definite point of view

Some discussions never seem to end. You will always find people in both camps that claim to know THE TRUTH. Of course I have my own take in this matter as well. Below I try to make clear that there are indeed differences but that it is very system dependent and ultimately a very relative matter.

There are downstream components that have balanced connectors but do not actively use the balanced signal. In some cases, only the positive pin will carry signal and the negative pin will be connected to earth, or is left floating and is just not used at all. The latter is fine, the former not so much because not every source component is happy having half of their output being shorted to ground. I’ll expain more about this further below.

Real balanced components have double circuitry inside: separate stages for the positive and negative side of the signal. As a result, a stereo power amplifier actually houses 4 amplification circuits. Don’t think however that plus and minus sides of the input signal are connected straight through the amp, they are not. At the receiving end the two signal halves are normally summed, and thus any induced distortions negated. This can be done with an opamp or a transformer. Jeff Rowland uses the latter.

Balanced cables not only carry double signal runs (one in phase and one reversed phase) but the circuitry also outputs a higher voltage signal. But is balanced better by definition? The reality is that it differs per application. It really depends on the way a component is designed, what cable is used to connect it with and it also depends on the component that it is connected to. Some components just don’t have enough headroom and can sound stressed or maxed out when driven with balanced cables, especially when a high output source is used.

The official benefits of true balanced operation are mainly in the field of noise cancellation. This is most effective with very long cable runs of say 15 meter and more. Then you will really start to notice how much better balanced is at suppressing all kinds of noise and hum that is pickud up by the cable over its entire length. But the situation is different when using cables of just one or two meters. Then the benefits are less clear.

But there is more to balanced cables and circuitry than just the suppression of noise. Everything that you do to the signal has an effect, be it positive or negative. The same goes for balanced audio and balanced cables. A balanced cable will already sound different because it has different connectors and a different conductor and associated dielectricum. This is not even taking the nature of the signal into consideration.

In my experience, applying balanced cables makes for a “grander” sound. The stage becomes larger and colours become fuller. Especially when using Transparent (the brand) cables of the same type, swapping unbalanced for balanced the changes are as described above with the addition of more “flow”, more fluidity and ease. But that may be because there are now two network boxes in the chain and a different geometry cable. In general, everything else being equal, going balanced makes for a grander, more fluid presentation while going single ended makes for a more punchy, more narrow and focused presentation.

Even when using unbalanced components that have XLR connectors, in my case it mattered a lot when I went for balanced cables. Even when both my preamp and poweramp were unbalanced internally, adding the XLR cables made for a sound with much more scale and drive.

In the end, none of the theory really matters. You’ll just have to try it out for yourself to see what you prefer. Just rest assured that great result can be had with either connection method. And as always, it also comes down to taste.

As mentioned above, components may have XLR connectors, but they need not be working in balanced mode. In itself this is no issue at all, as long as either the positive and negative signals are added/subtracted properly or the negative signal is just ignored.

It becomes more tricky however when for example a power amp is used that on its input shorts pin 3 to pin 1 (neutral/ground). I have encountered this with several tube power amplifiers, for example with the Ayon Crossfire III. This is not always a problem but it depends on the pre amp or source component. For example components with transformer-coupled outputs may be less bothered by this. The Jeff Rowland Concerto preamp (which has transformer inputs, but direct opamp outputs) however does not like this at all and sounds dynamically compressed when used like this. The solution in such cases is to fabricate a cable that only use the pre amp or source component’s neutral and positive pins (usually 1 and 2), and leave the negative pin (usually 3) floating.

Naturally the situation is different when connecting an unbalanced source (such as a CD player) with a cinch output to a balanced destination (such as a preamp) with an XLR input. In this case, the XLR’s negative pin must always be shorted to ground. All cinch to XLR adapters do this, as do cinch to XLR adapter cables. 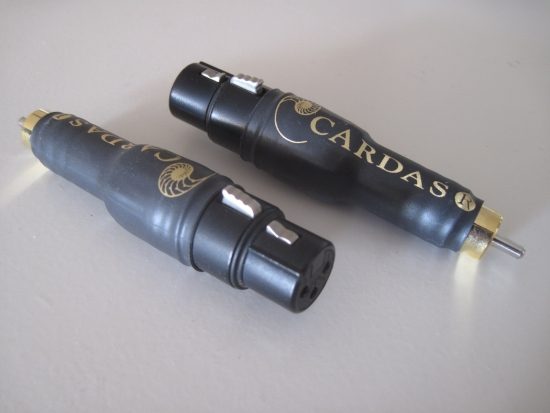 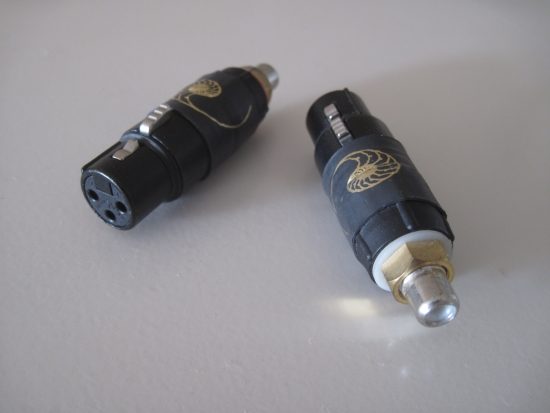 Beware of the above issue also with XLR input to cinch output adapters! All such adapters that I have tried, and that includes the black sleeved “Golden Reference” Cardas versions pictured above, pin 3 is shorted to mass, which as explained above, does not work well with all source components. These connectors are otherwiese of excellent quality but unlike their cinch output to XLR input alternatives, these are not universally applicable. 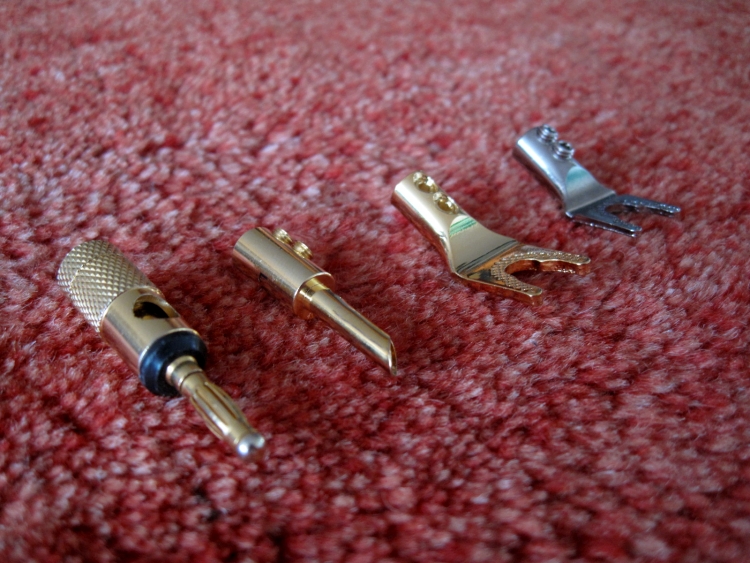 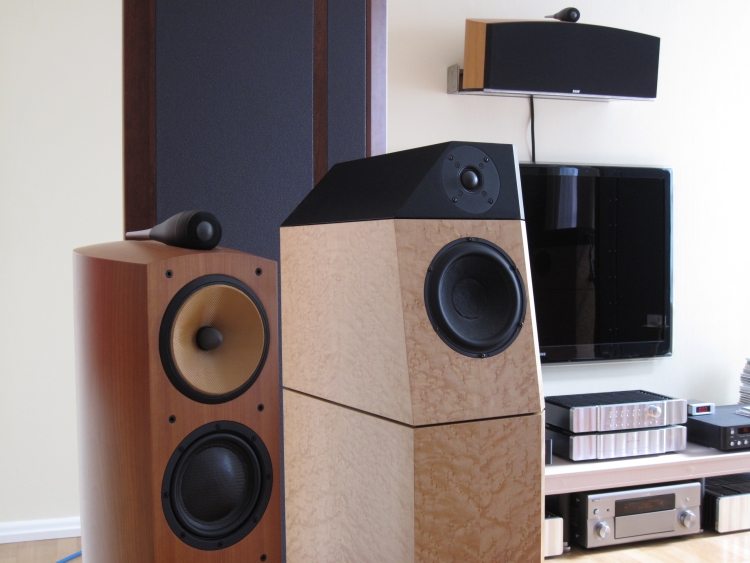 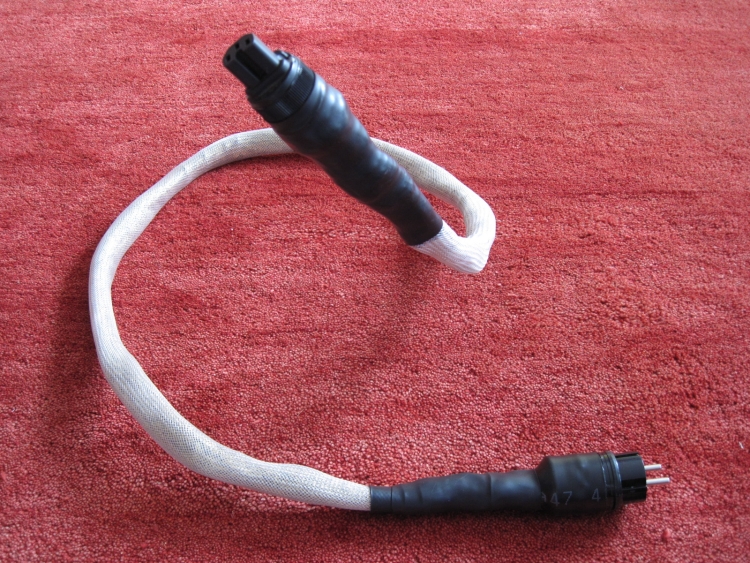 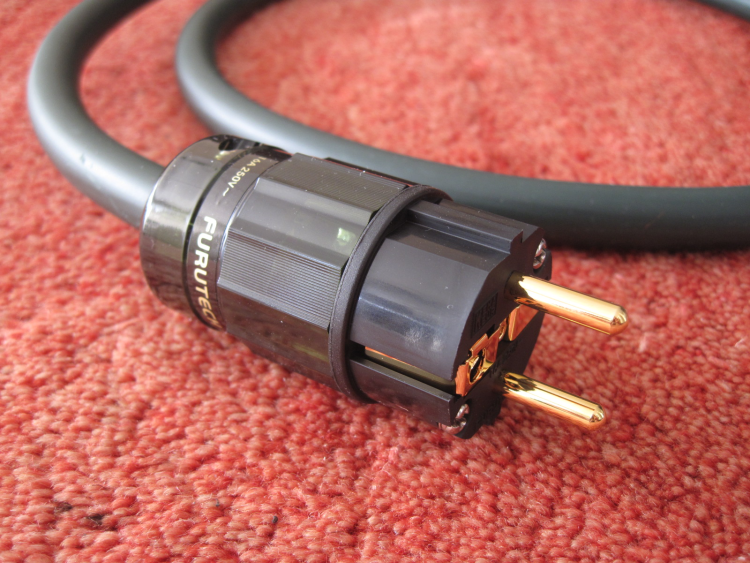