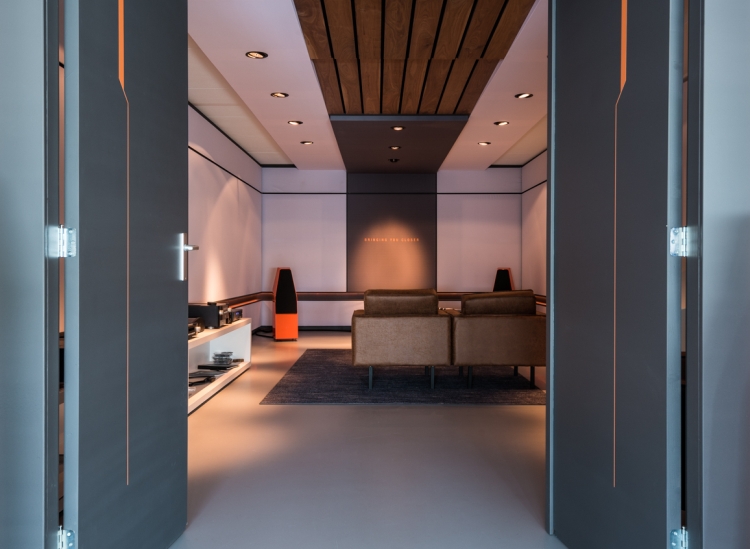 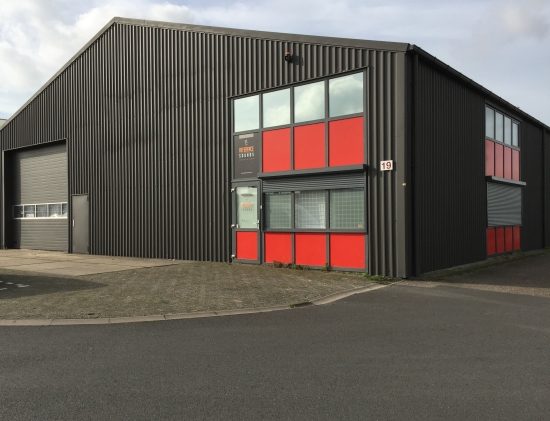 When Audiac went out of business early in 2017, I feared for a moment that those beautiful brands were disappearing from the Benelux market. Thankfully arrangements were made and the brands were divided between two new companies: Savor Audio and Reference Sounds. With support from Robin Bruinsma who has several years of experience at Audiac, Reference Sounds is enthusiastically lead by Michael Huigen, with whom I have always had very nice contact during his Audiac years. Inside the bland looking exterior is the luxuriously finished and very comfortable main listening room in which the best products are showcased. On the second floor is another listening room for other equipment such as the Revel line of speakers. Sadly I forgot to take pictures of this floor when Michael showed me around. 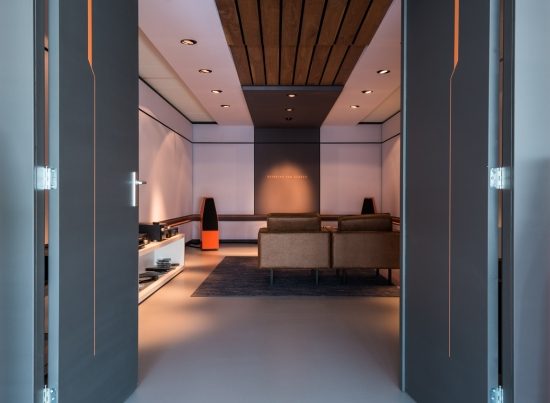 Here is the entrance to the audio sanctuary, at the time housing the Wilson Sabrina’s. My reason for visiting however was the presence of Peter McGrath, recording engineer and main spokesperson for Wilson since the brand’s conception. Peter was present to properly introduce the Wilson Alexia Series 2. 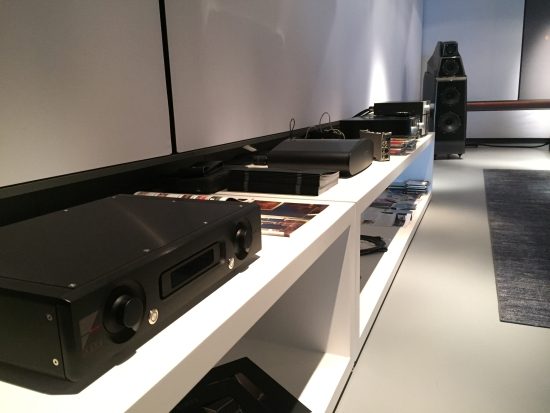 At the left of the room is a long audio table with the preamplification and source. The Ayre amp on the left was not connected during my visit. 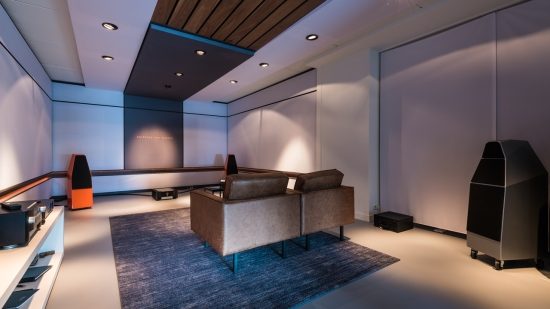 Overview with the bright orange Sabrinas. Watch this space as a review will be forthcoming! 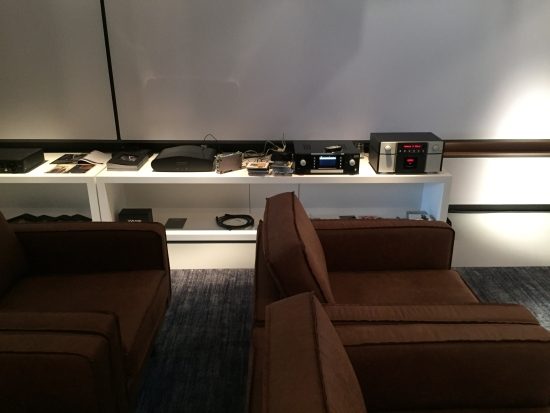 The source/preamp side of the room with a no.52 preamp and no. 519 multi format player and streamer. 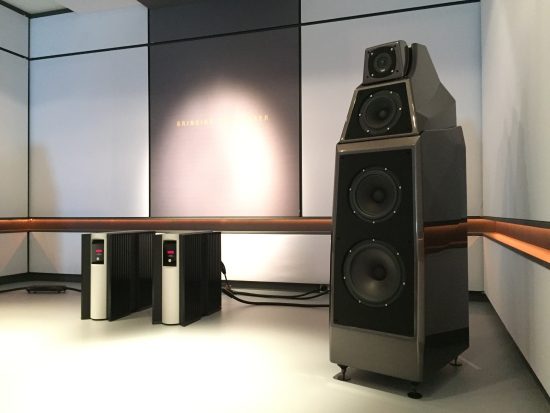 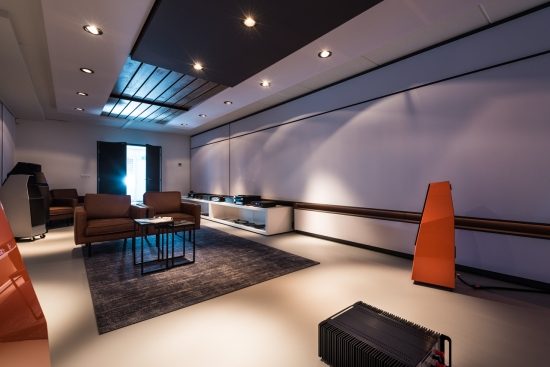 View from the front end of the room, between the speakers. The room has been heavily treated acoustically, but in such a way that this is not visible. The room is not large, but nevertheless, there were no obvious room modes and no flutter echoes, nor was the room over-damped. Needless to say the Alexias together with the Levinsons produce an immensely powerful, superbly coherent and highly dynamic, and lively sound. 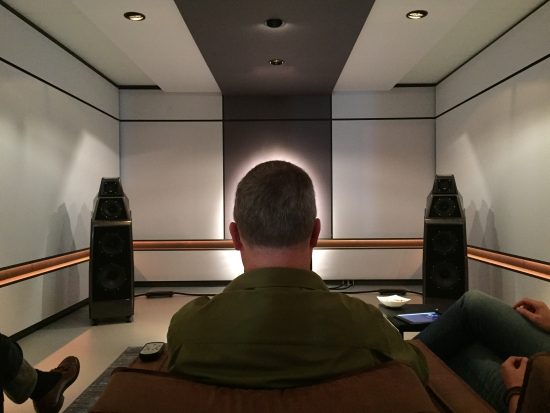 I had a few silent giggles about this… it’s Werner’s head, precisely fitting the center light beam, creating a halo-like effect. 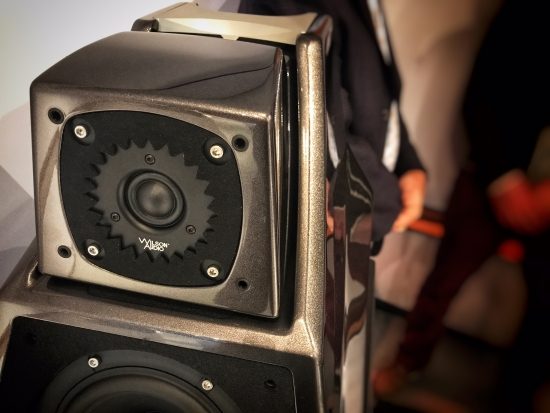 Alexia tweeter assembly. Note that the tweeter looks the same as the one used on the Alexia 1, but internally it is apparently highly modified. By the way, I really like this color. 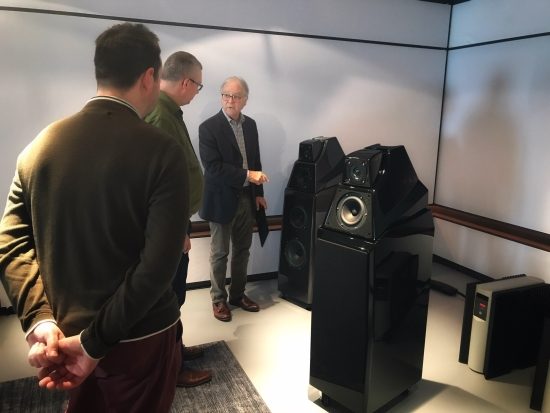 It’s amazing the amount of detail that Peter was able to reveal about the new Alexias (left), and the differences from the initial Alexia model (right). Peter has a very relaxed way of speaking and was able to satisfyingly answer all the pertinent questions that Werner and I could come up with. There is a lot to say about the speaker’s front side but perhaps even more about its rear end. For example, Peter told us about the crossovers and how every component on them was listened to and evaluated, and that includes the wiring and solder type. The hard-wired crossovers themselves are inside sealed boxes filled with some sort of resin, but the values can still be adjusted if so desired by changing the resistors which are showcased behind a beautifully machined transparent lid. 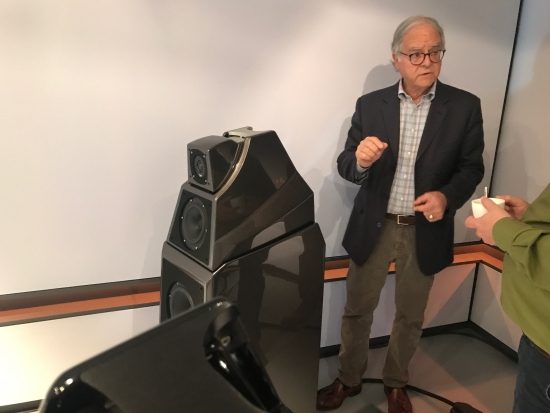 Amusingly he told us that many speakers suffer from the “fixed baffle syndrome”, but the Alexias do not. This syndrome describes the situation where the tweeter is never perfectly in focus with the midrange driver because its precise position needs to be tailored to the listening position. To this end, the Alexias’ tweeters are forwards and backward adjustable in very fine (approx 1 mm) steps. 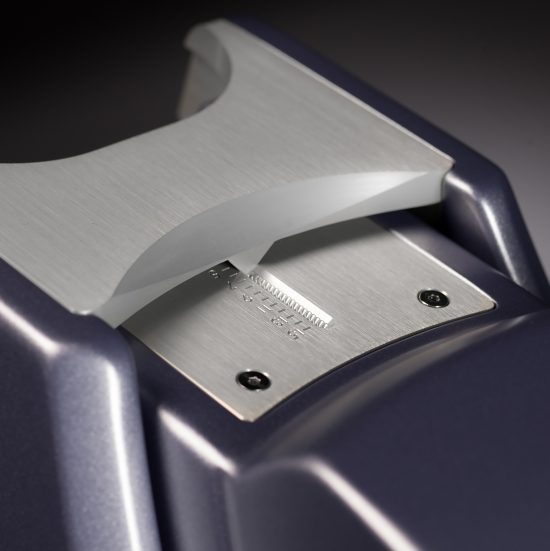 We were somewhat skeptical about the enormous influence that Peter claimed for this but he was happy to demonstrate this to us. And indeed, when after listening to a few tracks Michael moved the tweeters out of their ideal positions by only 2 notches (so a few mm) we clearly heard less focus, a loss of fine detail, and a soundstage that I can only describe as comparatively blurry. 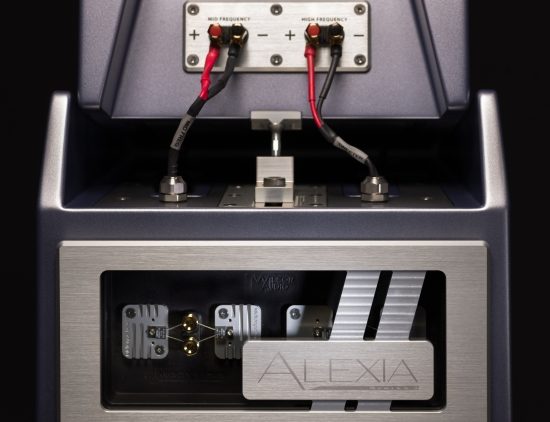 Inside the speakers, and partially outside, Wilson utilizes Transparent Cable. Below the cables, you can see the machined transparent lid revealing the resistors, clamped with Cardas connectors. 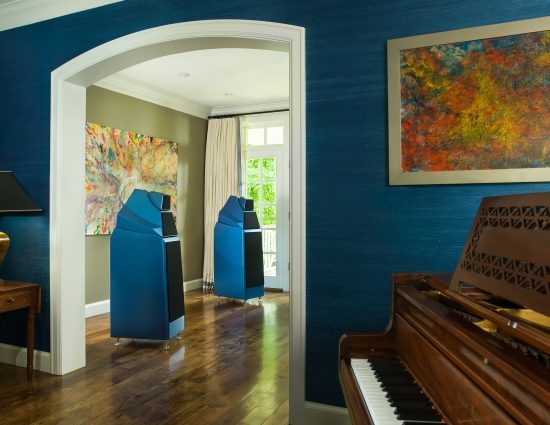 Above and below two stock photos of the Wilson Alexias in cobalt blue. 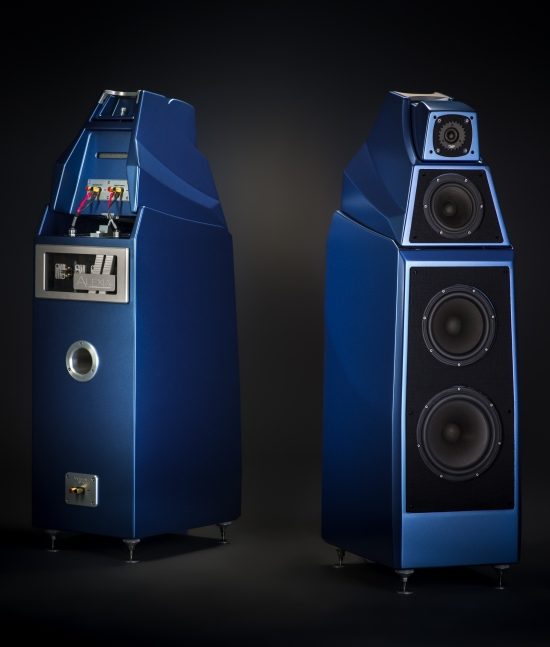 The Wilson timeline is so extensive that I had to cut it in two in order to show it here while keeping the text legible. 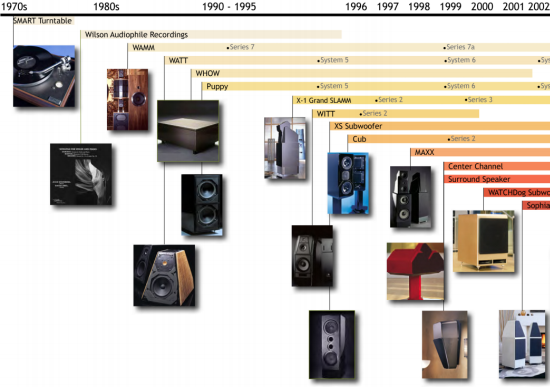 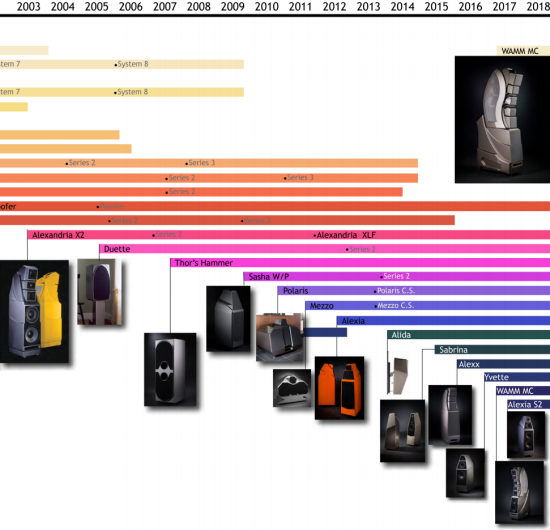 Contrary to regular conventions, Reference Sounds are not just a distributor, but also functions as an extension of their extensive dealer network, and Michael is always happy to demonstrate the products in his Amstelveen Audio Sanctuary by appointment.

Please note that Reference Sounds has relocated from Amstelveen to Almere where they now inhabited a much larger space with multiple areas and demo rooms.