Christiaan Punter 8 May 2016 No Comments 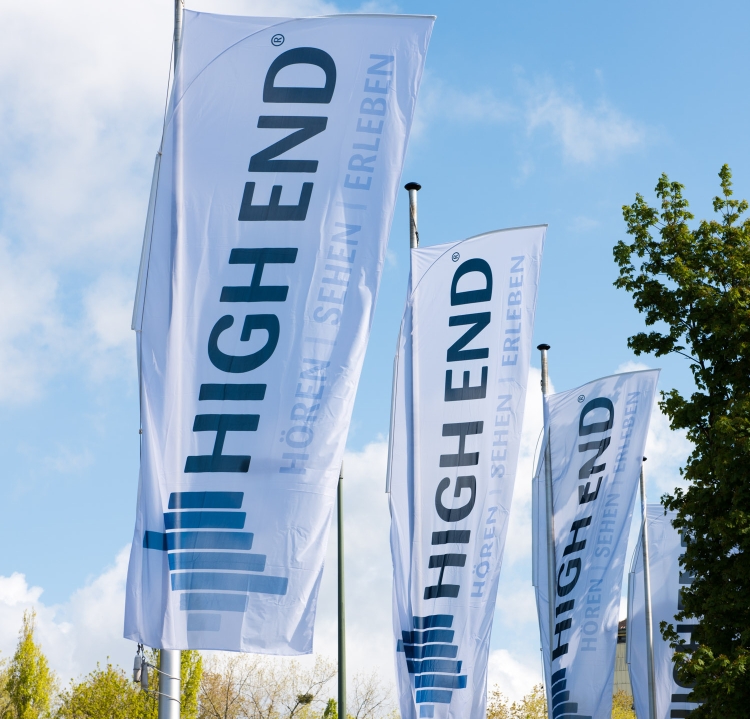 This is the first time I write about Munich High End. As always I tend to write about what interests me personally, so please don’t consider the below to be a complete cross-section of the complete exhibition, or even an unbiased report, although I do try…:-)

2016 marks my second visit and once again I enjoyed it immensely. Almost all the brands I know were there as well as many that I never heard of. On Friday there were a lot of visitors but there was a nice and relaxed vibe and no one seemed to be in a hurry. Sure some rooms were overcrowded, making proper listening impossible but because of the gentle mood that everybody was in, there was no stress and despite high outside temperatures, ambiance inside was comfortable. One thing one shouldn’t do with such nice weather is to go into the Beer Garden… trying to pull yourself away from that nice spot under the sun can be nearly impossible! 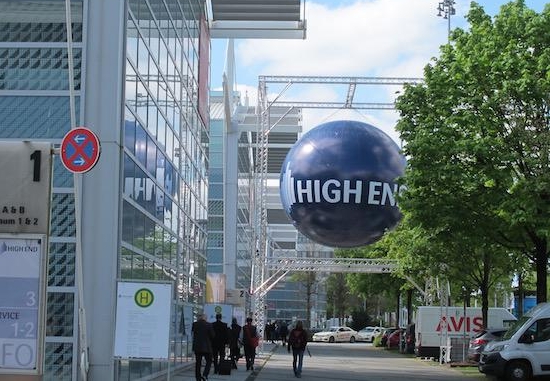 Vinyl is still very much alive

For some reason I was getting the feeling that Vinyl was becoming less popular but judging from the abundance of record players displayed on the two ground floors and the number of players used during demos, this does not seem to be the case. There were also quite a few locations where records could be purchased, both used and new. CD player use has been declining but seems stable now although it is easily outnumbered by the number of Music Servers used in demos. 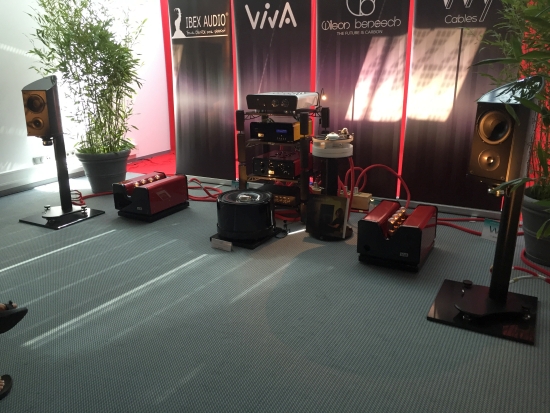 A brand that is currently getting my attention is Viva. I have two power amps on loan from a friend and they really work well with the Avant Garde Uno G2’s, having a real toe-tapping quality to them. At the Munich show I heard them again in 2 occasions and both times I heard this excellent rhythmic ability. The Wilson Benesch speakers sounded neutral, spacious and generously out-of-cabinet, and with no discernible coloration but in the bass they couldn’t betray their smallish size.

This well-known American brand presented their new Renaissance range and I must say they look stunning. Soundwise my feeling is that at least for the foil part they sound very similar to the outgoing range. What really got my attention however were the big Neoliths powered by Constellation Audio electronics. This was a 180 degrees different story from the first time I heard the Neoliths at a show in Belgium. At the latter demo they were driven by top-notch Audio Research amplifiers, but instead of creamy smooth sounds, I heard thunderous bass and explosive dynamics. Exciting for sure, and fine as long as the music was gentle (Diana Krall and Patricia Barber sounded as nice as ever) but with more powerful music, piano notes and even high pitched voices were ear-piercingly loud in the midrange. Maybe the combination was not optimal, maybe the speakers were new, maybe they were played too loudly, it was a combination of all, I don’t know.

Thankfully, I heard nothing of the sorts at Munchen 2016. This time the Neoliths sounded simply glorious, rich, smooth and powerful. Superb low-level detailing was married to non-aggressive but highly dynamic behavior, with perfect timing. The soundstage was as big as it gets, as was the bass, but with perfect coherence. Alas, I was too caught up in the music to remember to take a picture. 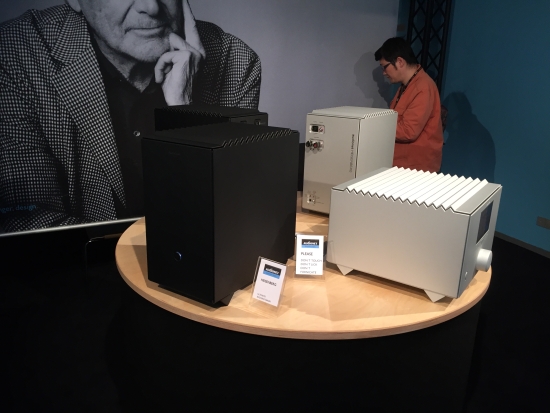 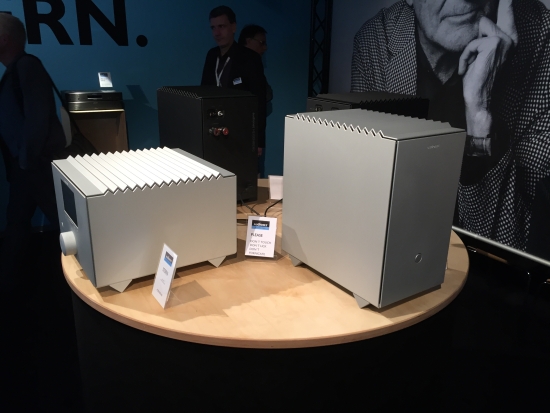 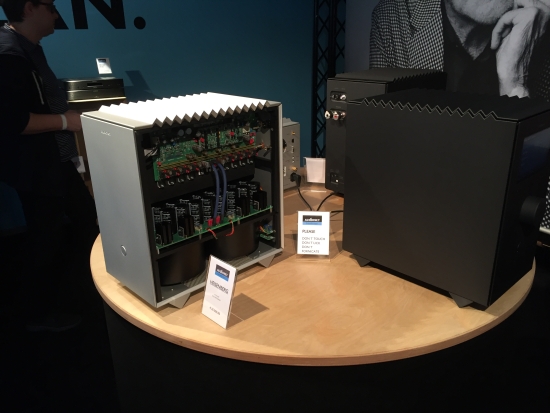 Price tag is breathtaking at 35k euro for (hopefully for a pair) the Heisenberg power amp. Beautifully made and confidence-inspiring though. A note on the table states: “PLEASE don’t touch, don’t lick, don’t fornicate”. Who said the Germans had no sense of humor? 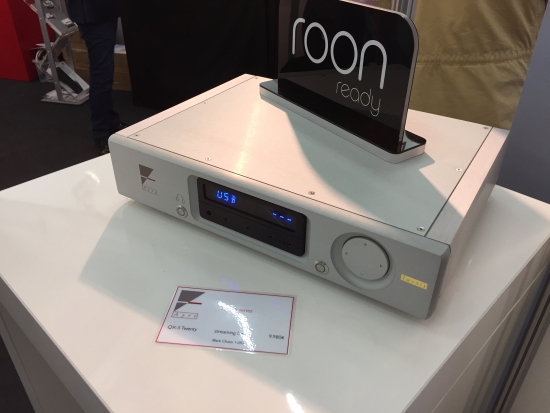 Note to self: obtain review sample. Although it wasn’t playing and it is pricey at nearly 10k euro, I have high expectations! 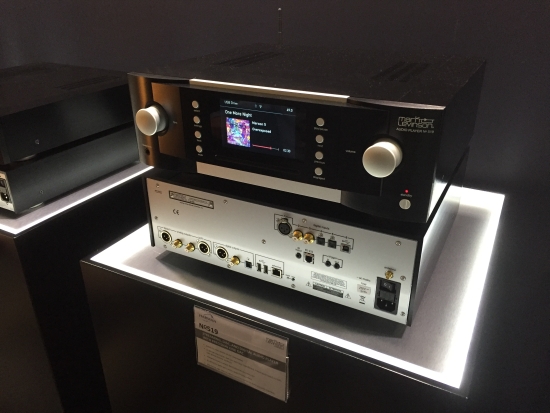 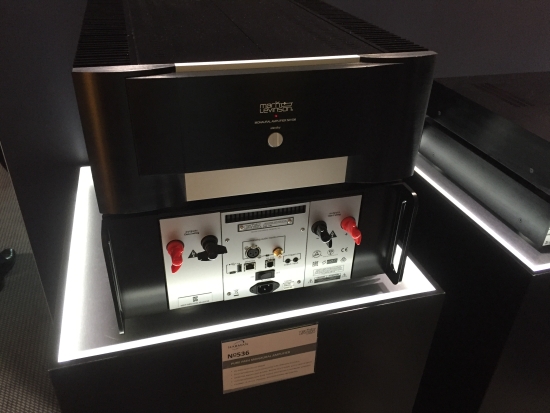 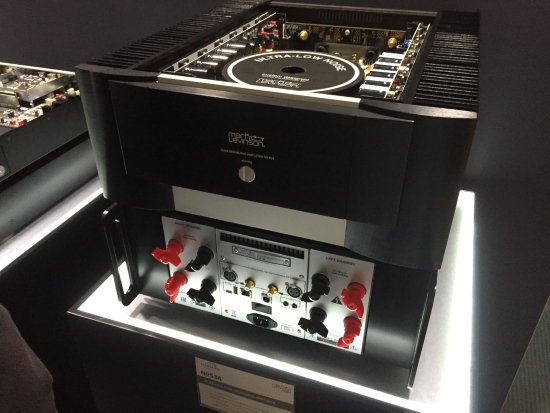 I was pleased to see that new products are still developed seemingly in the same style and quality as in the Madrigal era. Another note to self: ask for review samples of the 534 or 536 power amplifiers as well as the 519 endpoint/disc player. 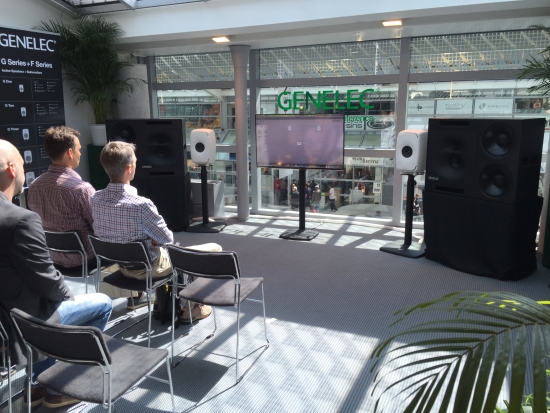 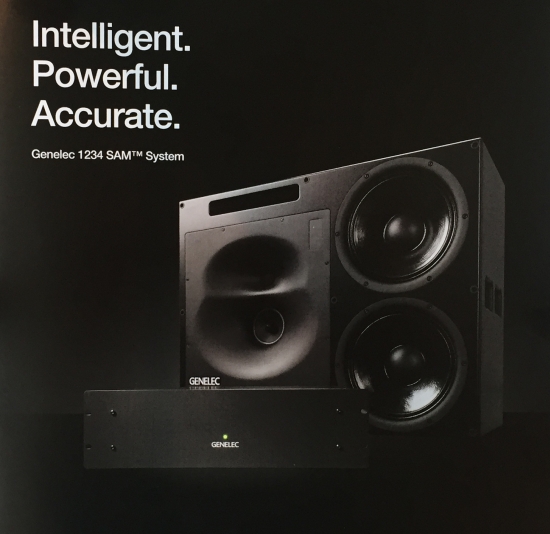 Call me crazy if you want, but I really enjoyed the sound of the Genelec 1234 SAM System. Having worked professionally with a wide range of Genelec monitors and having owned 8050s, I am very familiar with the Genelec house sound. While the modestly sized 8050s already produce incredible bass, the big 1234 system was entirely something else. The setting did not reveal much in terms of audiophile imaging or soundstage layering, but the sound itself, the overall presentation, in terms of bass realism, PRaT, dynamic differentiation, emotional involvement, and even timbre, was utterly complete, and highly convincing. 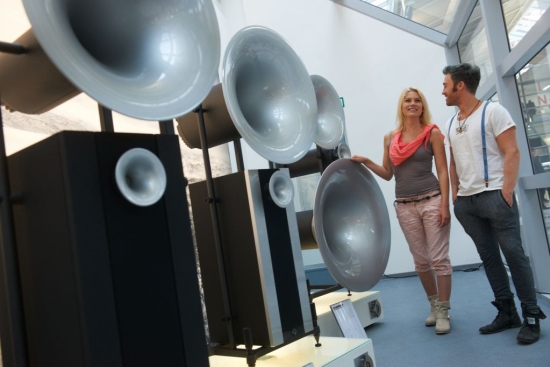 It is said that you see what you are occupied with and I do have a pair of Avant Garde Uno G2’s on visit in my setup, so maybe it’s just me, but this time I’ve seen and heard many horn-based loudspeakers. My overall interest stems from the desire to pull a little more dynamics from my Apogee Divas and the Unos definitely being anything but undynamic.

Although AvantGarde claim that their horns have no coloration, coming from a ribbon speaker such as the Apogee Diva I should say that this must be taken with a grain of salt. All the horns I heard at this show had coloration of some sort to varying degrees and all are recognizable as being of the horn-kind, but if timing is very good and the emotional message gets across, one customizes to the character easily. Of all horn speakers heard so far, the AvantGardes were perhaps least colored and had the least noticeable crossover between the drivers. Also, I find that AvantGardes sound very coherent, given the fact that they have to marry highly efficient horns with active dynamic woofers. For all their impressive dynamics, they can also be quite forward and hard on the ear in played loudly and matched with equally impulsive cabling and equipment. It seems that the people doing the AvantGarde demos always try to maximize the dynamics of their speakers during demos but I can attest to the fact that these speakers, while always quite forward, can also sound smooth and gentle and decidedly non-aggressive. Currently, I use the Uno G2’s with Viva Verona XL power amps, Transparent Reference XL cables and a Jeff Rowland Concerto preamp. 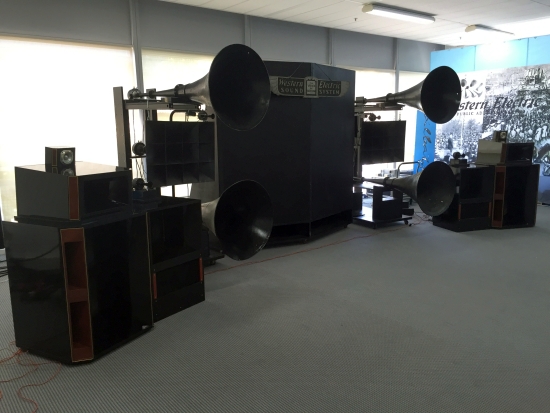 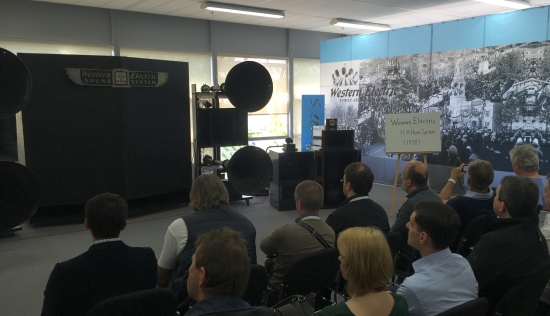 This is the second time I heard this system, the last time being in the same spot at the same show. Impressively big in appearance but incredibly coherent in sound and with a relative lack of coloration these are among the purest sounding horns I heard. I do kind of miss the sparkle of ribbon tweeters but also the deep and powerful bass that big ribbons and big subwoofers can generate. I must be spoilt in these areas.

Also in the horn category, see Acapella further below.

Last year I only heard about this secondary show venue when it was already too late – actually Jeff Rowland himself told me about this! This year I made sure to visit the show after completing the main Munchen High End show. Hifideluxe AFAIK is not affiliated with the main event but is a very nice addition, especially because they demo the more unknown brands, and even more so because both shuttle bus and entrance are free. 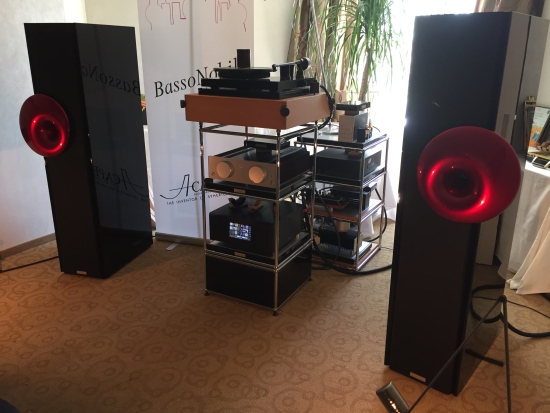 These were the first Acapellas (model not noted) I ever heard, and unfortunately, my first impression isn’t very good. Granted, hotel rooms are notorious for their negative impact on the sound and placement likely was far from ideal. Still, under these circumstances at least, coherence was sub-optimal, with a thin midrange, edgy treble and boomy, cabinet-like bass, with the transition between the two frequency ranges being a little too audible. I’m sure however that I have not heard these speakers at their best and will definitely still try to hear some more models at other venues to see my initial impression positively changed hopefully. 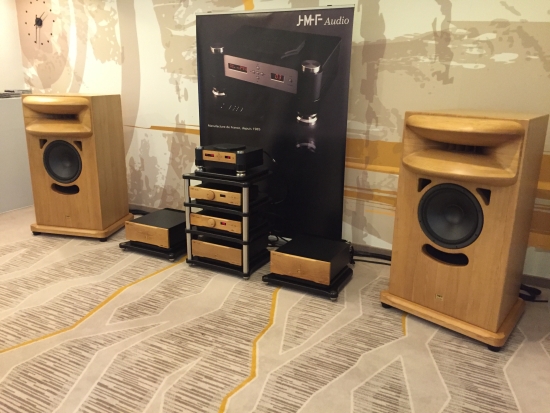 A french brand, apparently making equipment for a long time already, the brand was unknown to me. That’s a shame because this system produced one of the most emotionally involving sounds of both shows. Bass was smooth, deep, and full, and non-boxy, the midrange was glorious and rich and treble was open without being the least bit edgy. 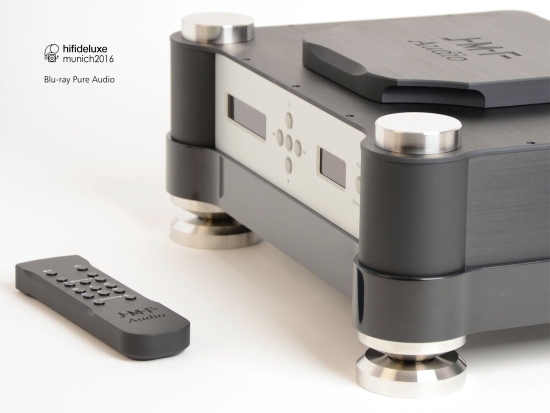 Another item worth mentioning is the JMF DMT 3.7 multi-format transport: very nicely finished, and (according to the manufacturer) with an in-house developed transport mechanism. 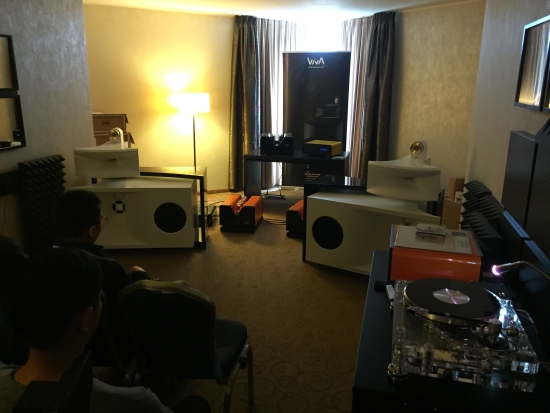 This room was definitely not doing the speakers any favors, most obvious from a huge room mode in the bass. Still, I could hear that these speakers were smooth in frequency response and decidedly non-edgy. Very different from AvantGarde and Acapella in that respect. I did find that the transition between bass and midrange was too obvious, but that might have been due to the room boom or the speaker placement. 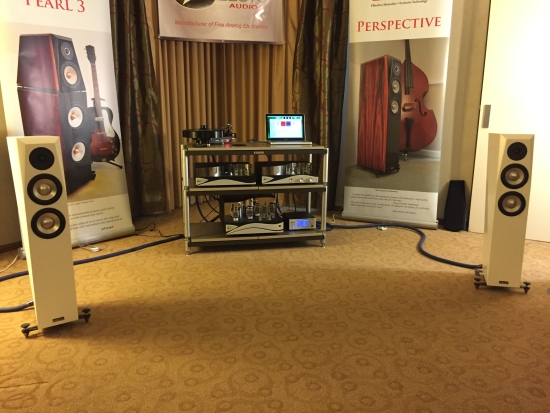 This was the very last room that I visited, and perhaps this system produced the most emotionally involving music of them all! Relatively small in footprint and overall size, regardless of music source the Joseph Audio Profile speakers produced a sound that was 100% free from the speakers, filling the room with a huge aura. One had to sit on the front row to hear this best, but then focus was also very good, with excellent front-to-back layering in the soundstage. All cabling was Cardas Clear and if you’d expect that this would produce a very, well, clear sound as I did, you’d be wrong! Timbre was full and the sound was voluptuous and almost sensuous. This, coupled with planar speaker-like freedom from chesty coloration made for something special. When a special 45RPM issue of Nat King Cole’s “When I fall in love” was played on the Brinkmann turntable, I had goosebumps all over. I asked Jeff of Joseph Audio if this was typical for the current combination of (tube-) equipment but he said that the speakers play equally well with transistor amps such as the Jeff Rowland 625 s2 that he recently demoed them with. But I think that the Zesto phono, pre-, and power amp (review forthcoming) played a large role in achieving this glorious sound. 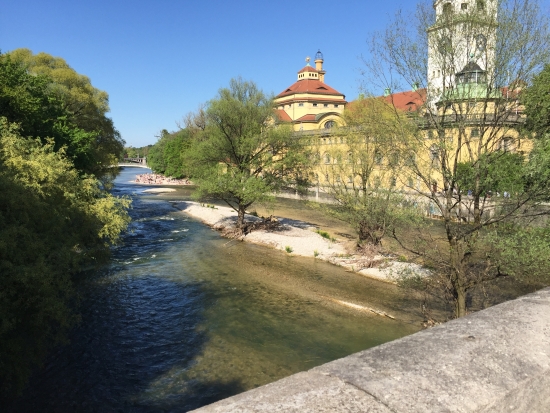 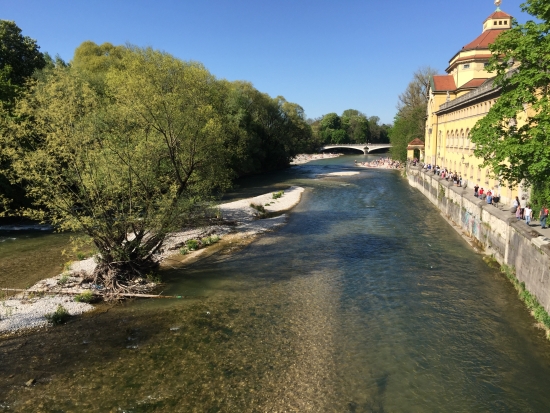 Near the center of Munchen, there was this lovely streaming water venue with islands made from large pebbles. On day two lots of people were enjoying the sun on the man-made beach as well as on the Beer Garden right behind the building on the right. 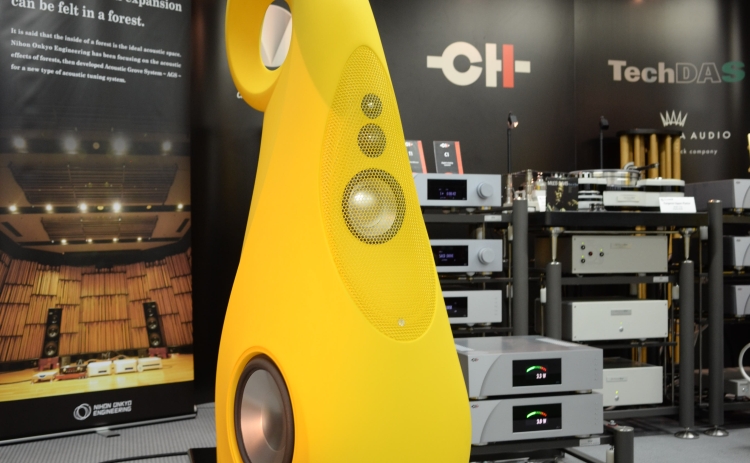 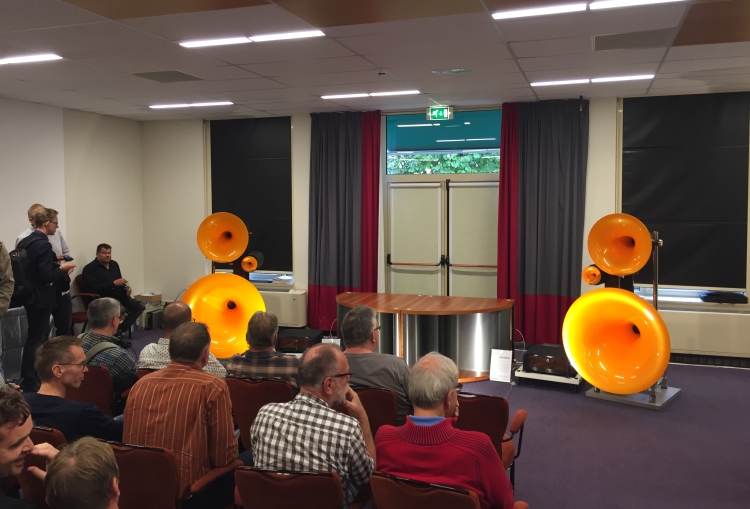 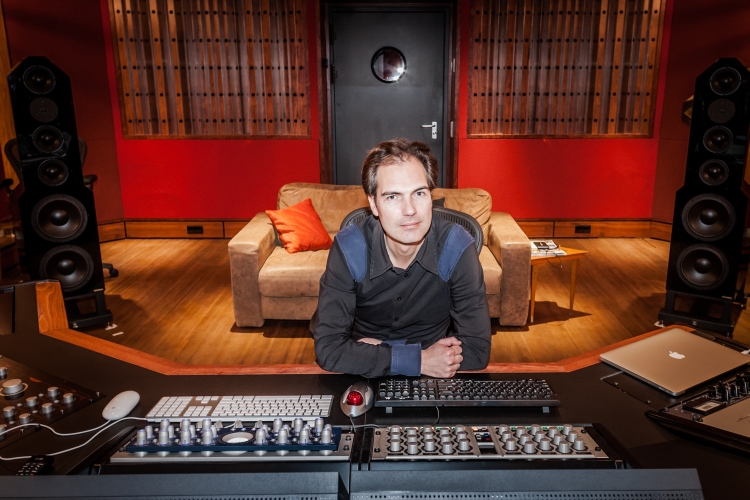 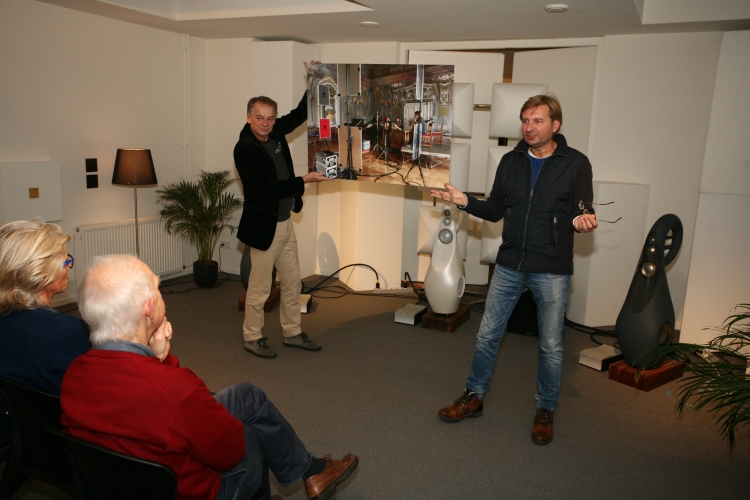 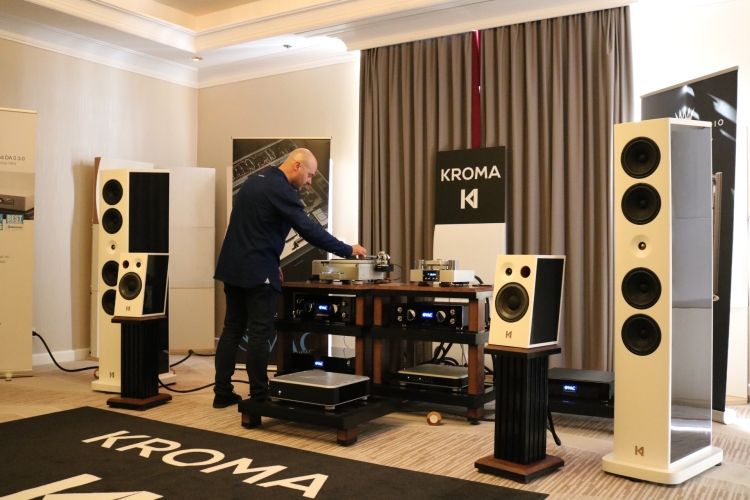 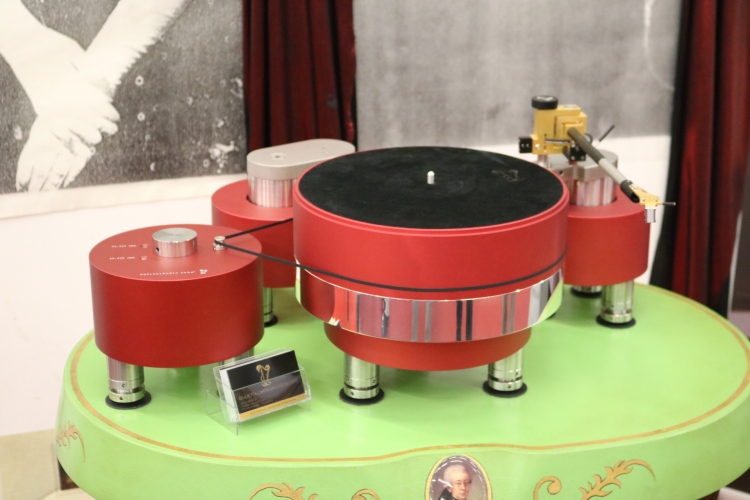