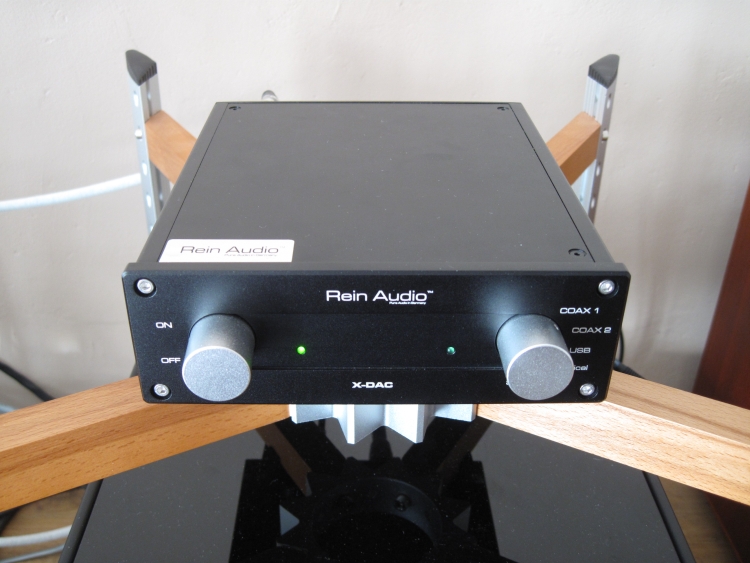 Here’s a small but quite heavy DAC that caters to regular sources with two coaxial and optical inputs and also offers a very high quality USB input. It is with the latter that it really shines!

After reception, the XDAC was connected to power, switched on and listened to briefly. Then it was left on for a week before I gave it another listen. Then, final serious listening commenced after more than 2 weeks of it being continuously switched on. Either the DAC doesn’t need much running in, or it had already been run in before arriving at my place. Either way, besides a mild dryness in the very beginning, I couldn’t detect much difference between the way it sounded after immediate switch on and after being switched on for more than 2 weeks. 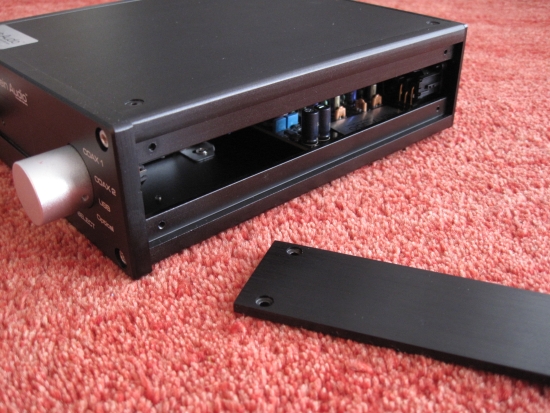 So what does it sound like you ask? Big, bold and beautiful! The first thing you notice is the bass. Many (USB) Dacs don’t have very big bass. As regular readers know, I’m very fond of the kind of bass you get from Wadia and Mark Levinson players and dacs. Well, using a Meridian 506.24 cd player as a digital source into one of the XDAC’s coaxial digital inputs, it almost rivals my resident Levinson no.360S dac in terms of bass power and fulness. This in itself I consider a big achievement already. Moving up the frequency range, the midrange is also full-colour, big, smooth and relaxed. No agression here whatsoever. This trend continues through the higher midrange and treble. All is smooth and full. While many USB dacs tend to sound thin and threadbare, the XDAC just sounds big and confident.

The assessment above is with a NBS Dragon/Fly powercable feeding the XDAC. Earlier I tried a Lapp and a Furutech powercable but both made for a sound that was altogether a little too full and too dark. Also, for interlinks a had to take out the most open specimens I have which were the Cardas Quadlink 5C XLRs. It’s not that it lacks detail per se, but its overall balance is slightly dark and tilted towards the bass. Don’t take this the wrong way though, as this turns out to be a big advantage when the XDAC is used with a thin and light sounding source such as an Apple Macbook Pro. But before I go there, there’s a more elaborate comparison. 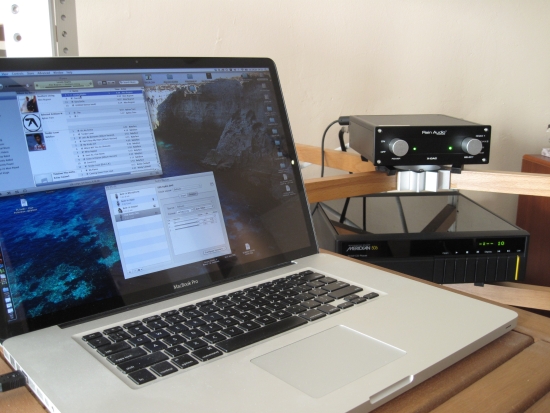 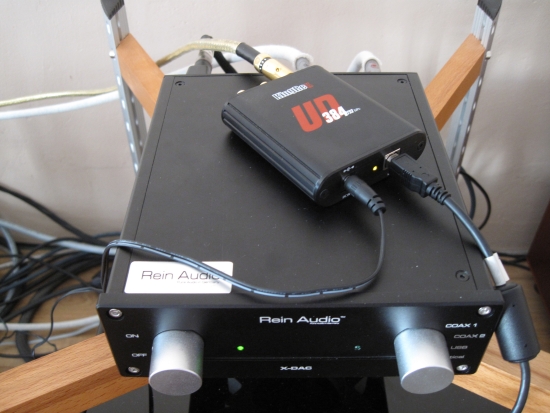 Regular readers again would probably already know that I tend to favour tower PC’s over laptops when it comes to music replay. I find that the Macbook, while highly detailed, nimble and airy, sounds thin in the bass and lacks drive and fulness. Not so when connected via USB with the XDAC. Here’s a superbly well-balanced sound, possessing both transparency, nimbleness, drive, bass-fullness and airy treble all at once! I could have been mistaken but felt like I hadn’t heard the Macbook sound this way before. Sure, the Macbook had sounded sublime with the Ayre QB-9, but it sure didn’t have the bass fullness and body I heard now. Just to check, I took out the KingRex UD384 USB/spdif interface and connected it between Macbook and Mark Levinson 360S dac. I heard a more nimble, but definitely thinner bass, a less voluptuous midrange and although the KingRex-Levinson combo managed greater transparency and refinement, compared to the XDAC it all just sounded a bit thin.

While the KingRex UD384 sounds spectacular when used with my main tower PC source, with the Macbook as a source it can be a a little light-weight. But this is just how I have come to know Macbook sound: very precise and audiophile-like, but for me it lacks musicality and soul. And that is precisely what the XDAC does for the Macbook: it puts back the soul and makes the music boogie. 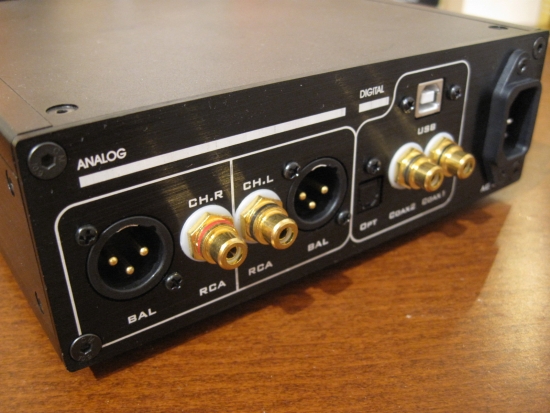 As a DAC to upgrade your existing CD player the XDAC doesn’t offer enough to make this worthwile, unless your particular player sounds thin and perhaps a little forward, or if you want to tame your otherwise agressive treble. Used with a Macbook source however, the balance is spot on. One extreme component compensating for another extreme component? Perhaps. But there’s no denying that this is a great combination. I mean, it may not have its transparency, utter airyness and subtle refinement, but it does rival my Levinson dac in terms of tonal fulness and pure emotional enjoyment, and this at only 580 euro. I needn’t mention how much the Levinson costs, do I?

About the music used

I played various CD’s, ripped CD’s and downloaded tracks, in WAV, mp3 and FLAC. The results were always good. I didn’t try high res files, but the XDAC is compatible with rates up to 24/192 when using its coaxial inputs and rates up to 24/96 when using the USB input. 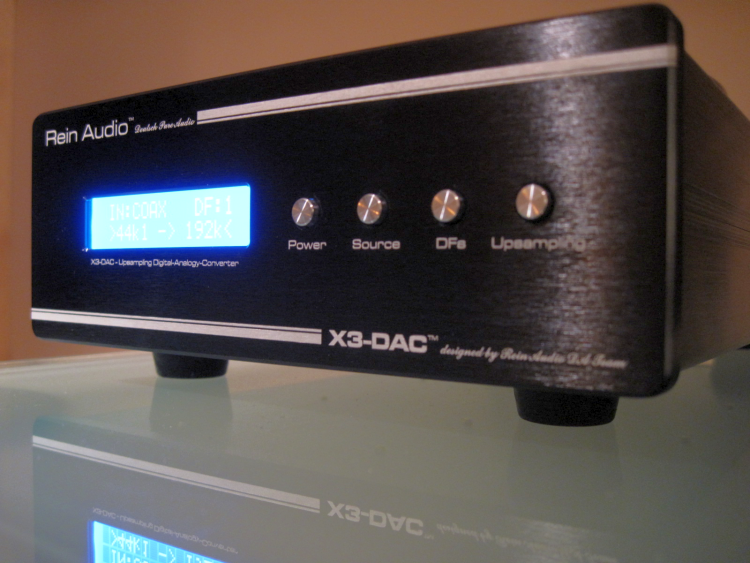