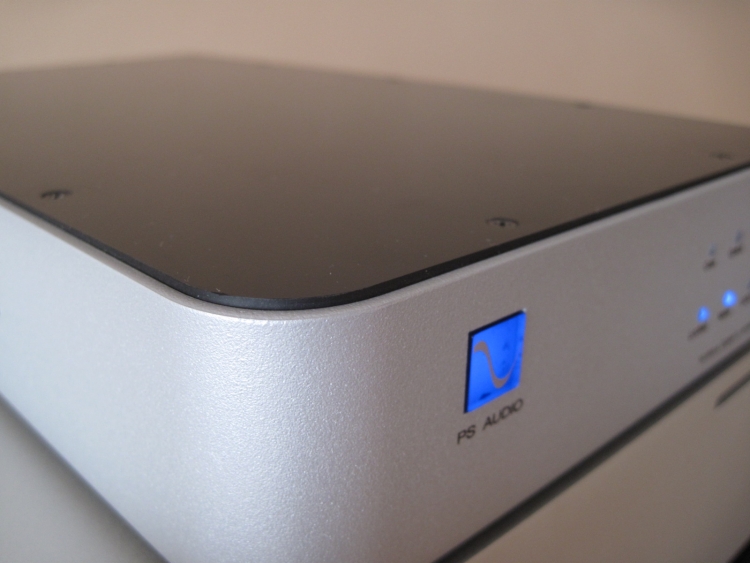 Unprecedented quality at this price level

After the huge success of the original PWD and the introduction of the even better PWD MKII, PS Audio have now introduced the NuWave DAC. Priced at an attractive 1199 euro pricepoint, this DAC could be just the thing for those who have been looking out for PWD sound at a lower cost. 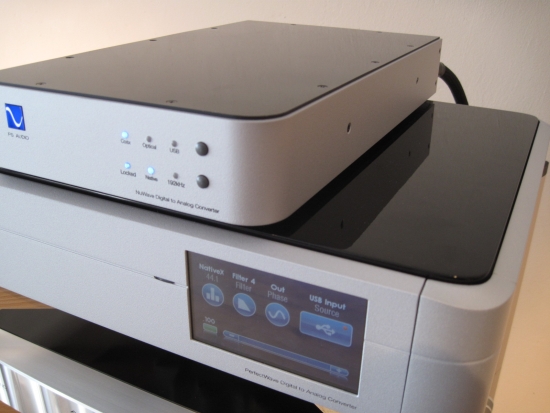 The NuWave comes in what you can call a half-width enclosure, reminiscent of the Naim UnitiQute. At more than 5kg it has a hefty weight for such a small device: almost half the weight of the PWD MKII. Most of that weight comes from a big toroidal transformer. Not entirely unexpected from a company that has always put emphasis on oversized power supplies. And not without reason: I’ve often concluded that bigger power supplies sound bigger too. More effortless, smoother, more full-colour.

Like the PWD, the NuWave DAC offers native sampling, or upsampling to 192khz. It has coaxial, optical and USB inputs supporting up to 24/192khz. Other technical details include Fully balanced analog outputs, asynchronous USB, low jitter clocks, passive analog filtering and a high current, discrete FET Class A output stage. Unlike the PWD, the NuWave doesn’t cater to streaming audio: it doesn’t offer a network connection. Pah! USB is fine, too, as long as you use a high quality music server.

Because the PWD MKII is a default part of my system it would seem like the perfect partner for comparison. My focus for digital music playback these days is on USB, not so much on spdif anymore. The reason for this is that I feel that USB has a tendency to sound much better. As was quickly proven during the listening tests, the USB input on the NuWave is no exception. It sounded much more involving than the coaxial input when I fed the latter with sound coming from the Levinson 390S CD player. PS Audio claim that the NuWave’s analog output is capable of high current and this seems to be very true, as the unit didn’t have any troubles driving my Transparent Ultra XL XLR inlterlinks. Lesser components will often lose dynamics or PRAT, or both and will only play upbeat using filter-less, regular cables like Cardas. 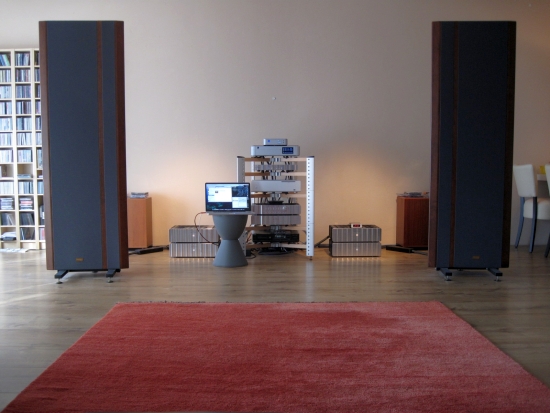 My gut tells me that the NWD has a high probability of being used with a (Mac) laptop or Mac Mini. That’s why my first test would be carried out using a Macbook Pro. Even though I generally feel that my MBP sounds a little lean compared to full size tower computers, when combined with the NWD it sounds surprisingly adult and there’s actually quite some resemblance that way with the PWD. There’s the signature solid foundation with full, deep bass, superb focus and excellent speed. The midrange is pure and very communicative and treble seems to be at least as good as that of its bigger brother. Compared to the big systems that I am used to now (Sooloos, Aurender, PWD MKII with bridge), there’s a little “computer character”, a hint of artificiality, but it is very slight. I hasten to add that I’ve also re-auditioned the Ayre QB9 very recently and that one, too, didn’t entirely succeed in removing the synthetic computerness, the lack of acoustic believability, that seems to be inherent to all DACs when using a macbook. This is not a NWD thing, rather, it is a music player thing. But more on that later. 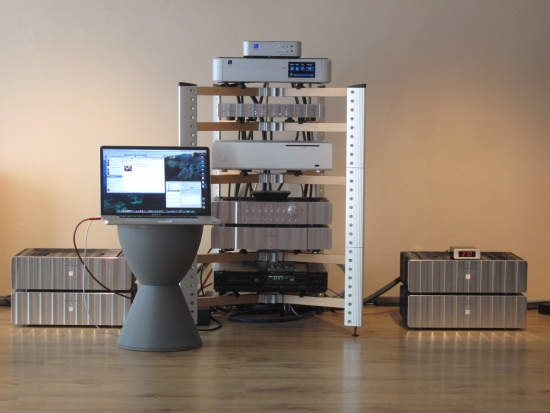 Changing to the PWD MKII makes for a recognisable family sound, but just that bit better in nearly all aspects. Bass was already full but becomes even fuller, midrange is richer and has more bloom, and the soundstage is a little wider and deeper, with better layering. Treble is comparable between the two, both missing the ultimate air and extension that I crave so much. But would you believe that the NWD’s treble is actually a hint smoother and airier than that of its bigger brother? Would this be the passive analog filtering at work?

The AudioAanZee Ultra Flow is my current reference as far as music servers are concerned. It has all the fullness of big tower PC’s minus their inherent “computer sound”. Using this server via USB into the NWD was a big surprise because the NWD now sounded so good that I started to doubt just how important the differences between it and the PWD MKII really are. There’s this super-acoustical, real sound that is entirely convincing and emotionally very effective. The message always comes through. I have listened to the NWD for an entire day and evening and have not once felt the need to swap to one of my bigger DACs. The unit just sounds right. The sense of rightness is hard to resist: you just start listening to music and not care about technicalities.

For the final listening tests I invited some audio friends. We all listened to a few tracks on the NuWave DAC using the Macbook Pro and AAZ Ultra and all agreed that the latter was more musical. We listened to a few more tracks and then swapped to the PWD MKII. Even though the NWD hits all the right buttons, the PWD MKII is better. It should be at four times the NWD’s price. But what is surprising is the relatively small difference between the two. The AAZ Ultra Flow highlighted the same areas of difference. As with the Macbook Pro, there’s fuller bass, a more relaxed, more colourful midrange and better soundstage size and layering. I’d put it as follows: the PWD MKII is more expensive than the NWD and it sounds it: more luxurious. But as always in hifi, for a little improvement you have to pay a lot. 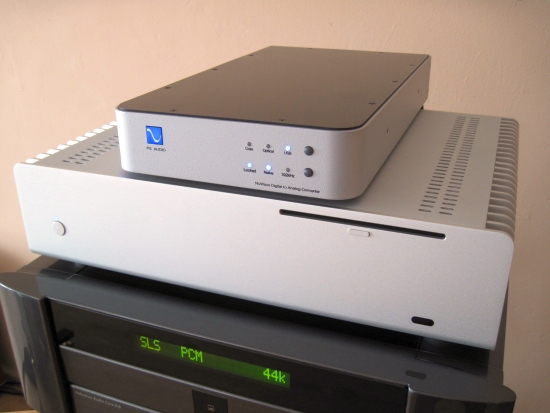 As a small side-note, the NWD was also compared to the Ayre QB-9 (192khz model) in a friend’s system. As expected, the Ayre has more refined, airier treble and slightly greater resolution. But the NWD has much better bass: deeper, more solid and more physical and its lower midrange is also more acoustically believable. The NWD altogether is more rhythmic where the QB9 is more refined. Both units ultimately possess strong areas and the choice between the two isn’t one of quality but more one of taste. I’d very much like a marriage between the two but at this price level that is most likely not possible. Need I mention that comparing the NWD to the Ayre QB9 is actually very unfair, the latter costing triple the NWD’s entry price? 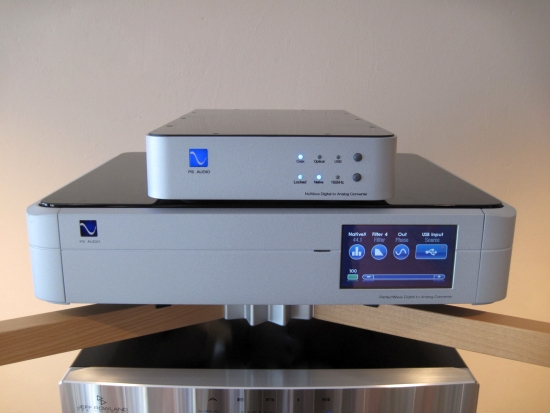 Should you shell out for the top of the range PWD MKII? Or should you go for the new model at a fraction of the cost? There’s no denying that the PWD MKII is better. But the NuWave’s basic character is the same as that of its bigger brother and it is strong in the very same areas. Actually, if you don’t carry out a direct comparison, chances are that you won’t notice the NWD’s relative shortcomings, if you can even call them that. The NuWave DAC performs well above the norm that I think exists for 1100-euro DACs. The PWD MKII offers more interfacing options (Network Bridge) as well as selectable filters and a neat touch panel display. It is a more complete and more luxurious product, but this comes at a price. Considering how close the NWD comes judged purely on sound quality at only a fourth of the PWD’s price, I have no hesitation to call it a bargain.

Side Note: Power and XLR connections

The power inlet is placed so closely to the XLR output that the two can’t be used simultaneously if a high end IEC power plug is used. In fact: the only power connectors that will fit are default “shrunk-on” ones and the square Furutech ones (model FI15).

I defaulted to using a Lapp cable with FI15 Furutech connector. Although this worked just fine, I’m curious to find out how the unit would’ve sounded with IeGO connectors. But alas: if you’re using balanced interlinks, IeGOs are out of the question. As are Wattgates and Oyaides. 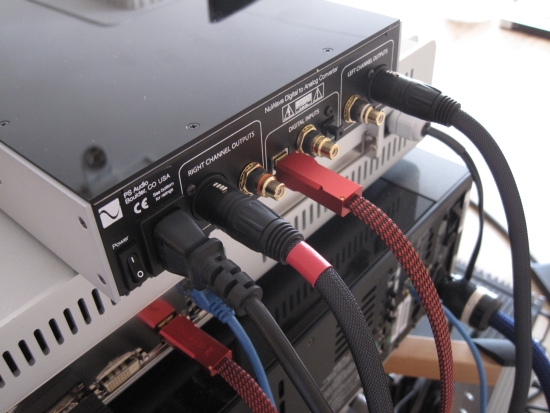 Above: Plenty of space when using a standard IEC connector… 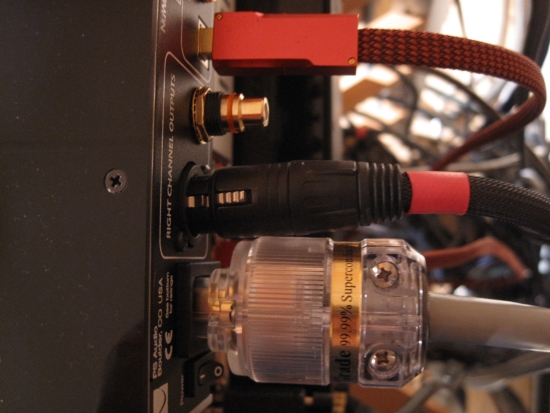 Above: … but an audio-grade IEC power connector and XLR connectors cannot be used simultaneously. 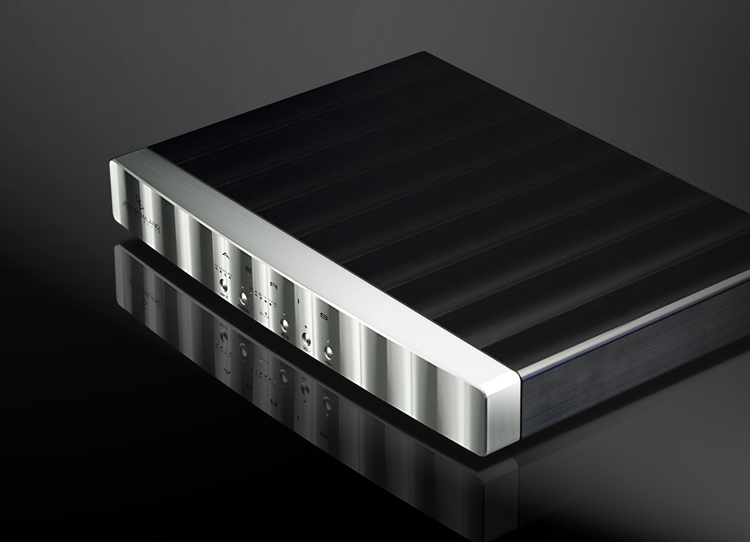 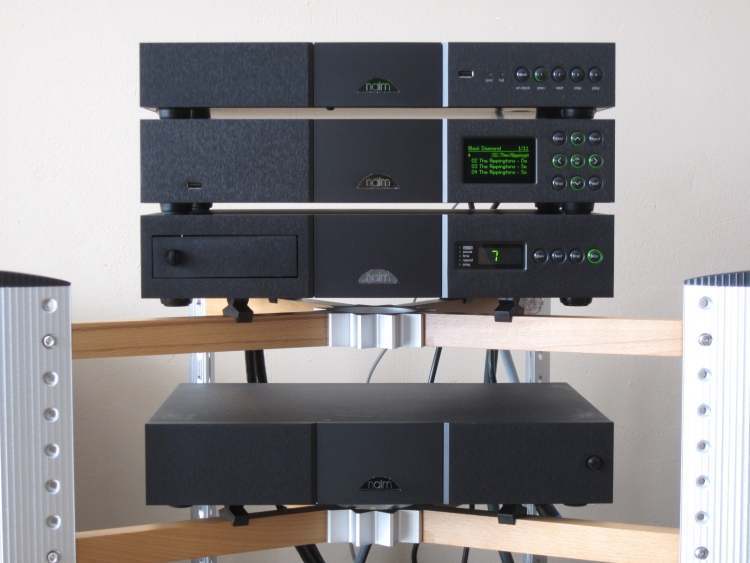 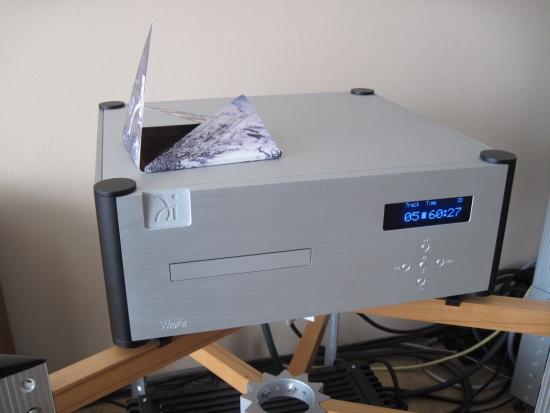