It’s becoming annoying…  Irrespective of what fancy equipment is set up in my system at any given time, pretty much every Ayon product that comes to visit immediately gets to my heart and makes me want to hang on to it. It happened with the Stealth DAC and preamp, the CD-T-II CD transport, the Scorpio amp, and the Spirit III amp. As regular readers know, I have held on to the Stealth and the Spirit III and after having performed fabulously in the star role of their own reviews as well as in a supporting role for countless other reviews, neither product has anything left to prove. And now Ayon has issued the S-10 MkII, the successor of the S-10 and big brother of the now discontinued S-3 Junior. Incidentally, the latter also surprised me even if its friendly price point of 3.995 euro meant it couldn’t quite match the Stealth’s performance. I’ll admit to having been prejudiced, thinking that a tube company was not likely to excel also in the streaming field. I was wrong. The streaming section is not just any board slapped on to the units but made by highly regarded Austrian company Stream Unlimited, who might be best known for their CD transport modules that are/were used by many high-end brands including Wadia. 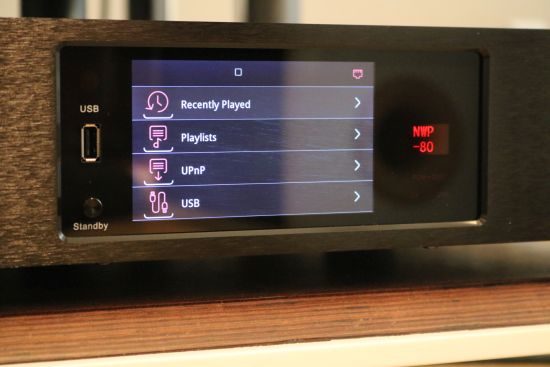 The S-10 MkII in its basic guise is more costly but for that it also offers a much better display and a very similarly high-quality output stage with the same tube complement as the Stealth and adds Roon support and Bluetooth connectivity and a host of other streaming options including Tidal and Quobuz support, still for less than the Stealth’s list price. 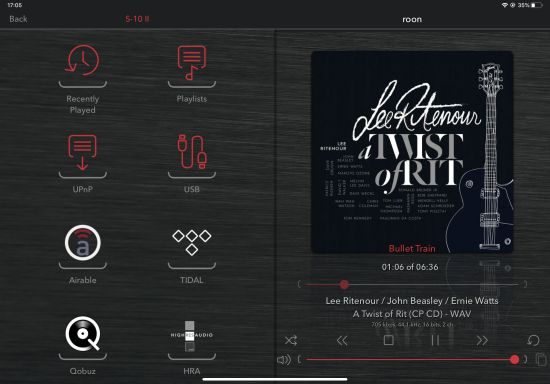 All it’s missing is I2S connectivity which only matters if you use the CD-T II CD transport and the front-panel knobs of which the latter is actually my only gripe with this unit. The centrally placed display is excellent but it does not have touch functionality and whereas the S-3 Junior offered various buttons and knobs, the S-10 MkII has no accessible front panel functionality other than the standby button. This would not be an issue if the functions could be controlled from the Ayon iOS/Android tablet app but it only allows streaming-related functionality, none of the preamplifier or DAC functions. 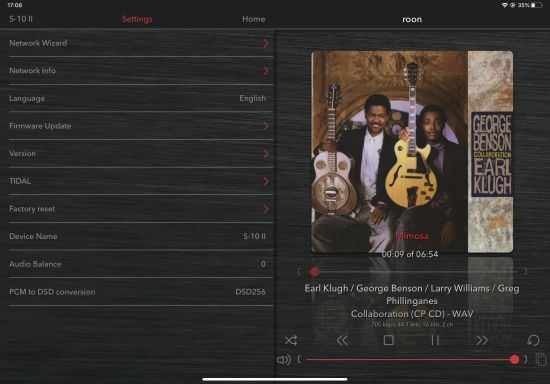 The unit does come with a very complete IR remote control but because the input and volume level are displayed on a tiny display next to the unit’s main display, the info cannot be read from any distance greater than a few meters. After a few days of use, I got accustomed to this by counting the number of steps to know what input is selected and the volume can be adjusted by ear but it’s not ideal. Anyway, as I said, this is my only gripe. Otherwise, I am in love with the S-10 MkII. 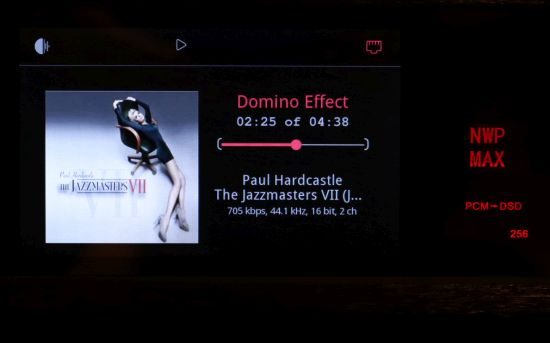 What’s really great is that all the music’s metadata is shown on the unit’s front panel, including the album cover. The display is of very high quality and looks great from any angle. In the Ayon tablet app, the same info is also visible, even when using Roon, in parallel with the Roon app. What’s especially great is that the Ayon’s IR remote control also controls the Roon stream, making pausing and skipping track very easy. 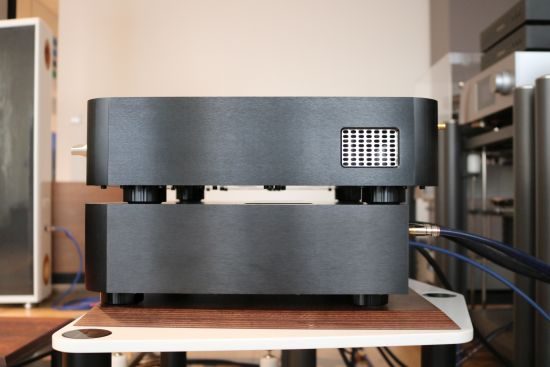 Above: the S-10 MkII has practically the same dimensions as the Stealth minus the curves on the rear

Incidentally, Ayon already has the answer to my gripes in the shape of the S-5 or the more affordable version of the S-5, the S-5 XS. Both have the same rotary front panel controls as found on the Stealth along with a range of pushbuttons in addition to offering an even higher sound quality than the S-10 MkII. Although I certainly can’t say that the S-10 MkII’s sound quality is in need of improvement. 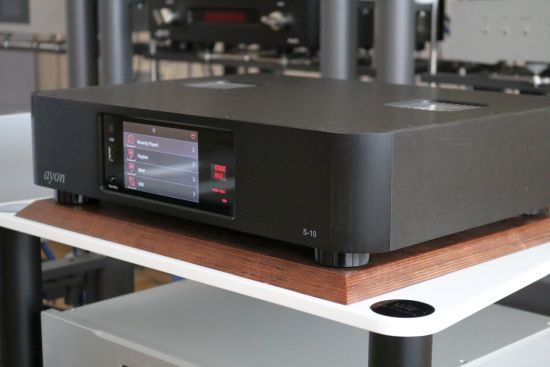 Reviewed here, is the Signature version of the unit with preamp option which adds 4-fold, fully symmetrical volume control and enables the twin set of analog inputs. The Signature version adds audiophile quality coupling capacitors and a DSD upsampling module. The precise configuration of the capacitors can vary depending on the availability of these components. For my review sample, the Mundorf MKP MCap capacitors and Jantzen Silver-Gold Z-cap coupling capacitors were fitted. With preamp and in the Signature version, this brings the total to a not inconsiderable 9.360 euro. But as will become clear further down, I think this is justified. A server option will also become available, turning the unit into an all-contained music storage and playback system. At the time of writing this option is not yet available.

The DAC section employs dual AKM 4490’s, one per channel and can decode all of the popular bitrates and sample rates. Traditionally, I have always favored multi-bit DACs over Delta/Sigma DACs but these days, I’m afraid there is no escaping it anymore. Unless one opts for one of the few Discrete R2R ladder DAC implementations but in that case as well, the end result is heavily dependent on the implementation. In any event, of all Delta/Sigma chips, in my experience, those made by AKM’s have always lead to great results and as it would turn out later, this is also the case with the S-10MkII. 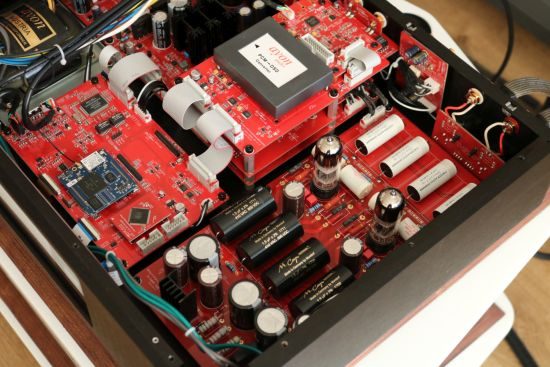 The S-10 MkII comes with two very comprehensive manuals: the main one for the unit’s day to day operation and one dedicated to general NAS, router, JRiver and Media Server settings. While some setups may require a bit of work, Roon functionality is Plug and Play and easy as pie and a nice upside of using Roon is that volume control is built into the app. 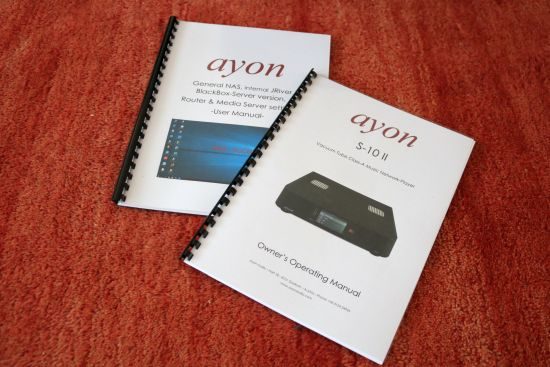 The S-3 Junior only worked with USB drives or UPnP via the network but the S-10 MkII also adds full Roon support. Starting with the S-10 MkII as a DAC with fixed volume level receiving its input from the Antipodes CX and EX combo via a Final Touch Audio Callisto USB cable and the output routed into the Lejonklou Sagatun dual-mono preamp and from there to the CH Precision A1.5 power amp, I was happy to find the endpoint in Roon right away and have music playing in no time. The S-10 MkII’s response to commands is a little slower than the Antipodes EX’s but it is certainly manageable and it works very stably. 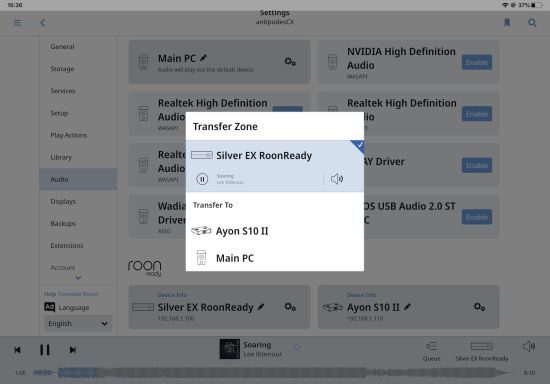 Straight from the box, the unit sounds open, communicative and very dynamic. It has a foot-tapping and highly lyrical delivery along with what seems to be a more linear, more refined and more transparent sound than the Stealth. A direct comparison will provide more definitive results but I will get to that later. 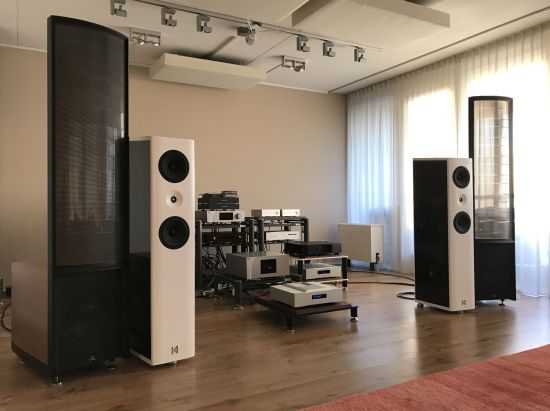 When switching to the S-10 MkII’s direct Roon streaming function, the sound is even tighter and more direct, closer to the source, in a way. Along with the higher precision comes more dryness and a subjectively and comparatively more matter-of-fact sound which took me some getting used to but after repeated back and forth switching I have the strong feeling that the Ayon’s approach is the more accurate one and the cleaner and tighter delivery quickly grew on me. The EX does add a richer tonality and a nice sense of soundstage depth and it has a more forgiving delivery but it also loses some bass articulation and speed in the process. The direct Roon delivery counters with superb timing and very convincing timbre. These differences aside, I find both deliveries to be involving and lyrical. And because the Ayon is a tube product, it already has a more engulfing soundstage than many transistor-based competitors.

It has been suggested that more accurate signal processing can lead to a flatter sound or, turning that upside down, less accurate processing can add perceived depth. I’m not sure if one rules out the other but recent experiments do seem to indicate that they are at the very least correlated. Either way, I always encourage to choose the delivery that provides the most involving delivery, no matter if it is more or less accurate. The success of either delivery depends on the rest of the system and the speakers that are used. In my case, I much like the EX sound with the Martin Logan ESL15A’s but prefer the Ayon’s direct Roon sound with the Kroma Audio Carmens. Fortunately, with a component as versatile as the S-10 MkII all the options are there for the user to choose the one that gives the most-liked results in a given situation. 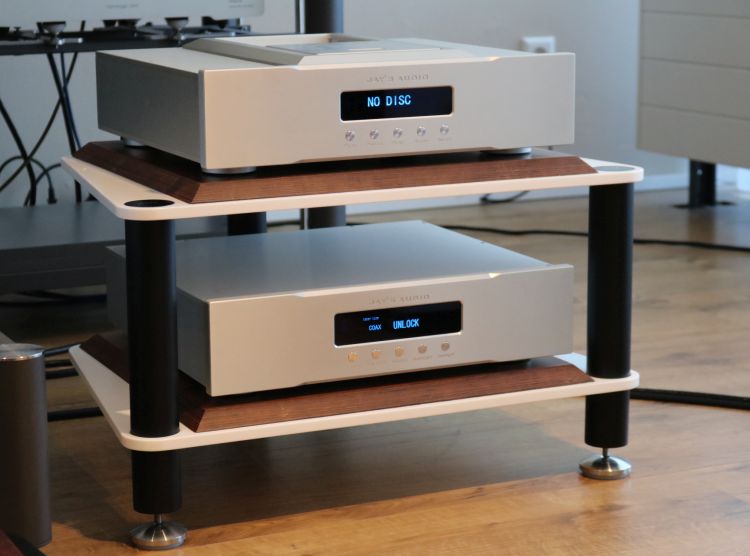