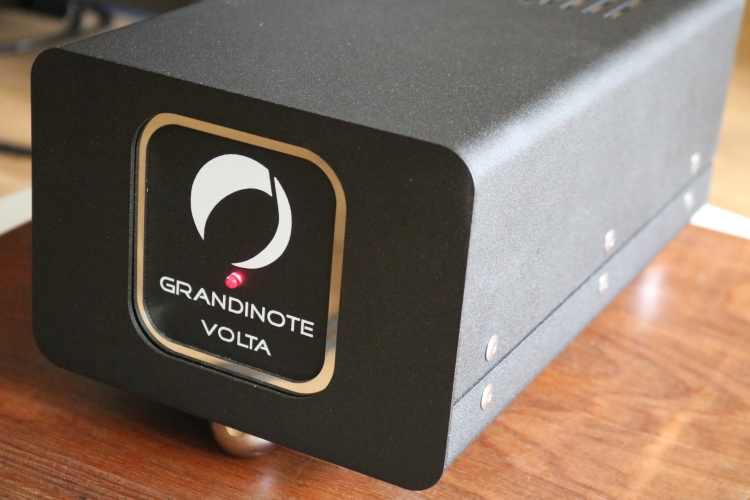 Note that there was an earlier version of the Grandinote Volta. The unit reviewed here is the MkII version, introduced in late 2018.

Contrary to many similar devices that offer every conceivable input, output, and protocol, the Italian Volta does not try to be the equivalent of a Swiss army knife. Rather, it focuses on a single task that it aims to perfect. What we have here is a network player with a built-in DAC that Grandinote refers to as a “Streaming DAC”. The unit is remotely controllable from tablets, phones, and PCs or Macs and it reads audio files from Streaming Music sources, Ethernet-connected disks (NAS), and USB. There are no buttons on the device and there is no remote control handset. The Volta offers analog outputs on cinch and (Fully-Balanced) XLR. There are no digital in- or outputs and although the product does have a web interface, there are hardly any settings to be made. Quite literally, the Volta is Plug and Play.

I was happy to find that although only UPnP compatibility is mentioned on the Grandinote website and in the user manual, the Volta is also compatible with Roon RAAT. 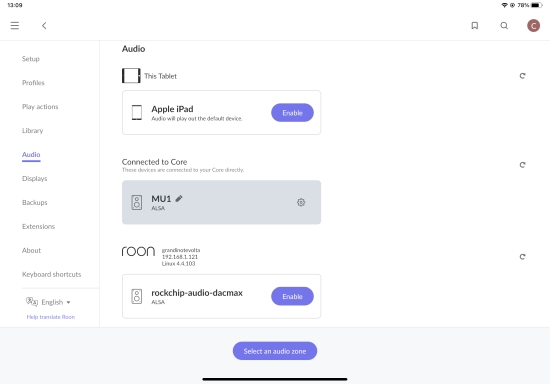 In addition to audio, the Volta is also capable of outputting Ultra-HD video up to 3840×2160 pixels at 60P via its HDMI port, but I did not investigate this. This review will focus only on the audio part. 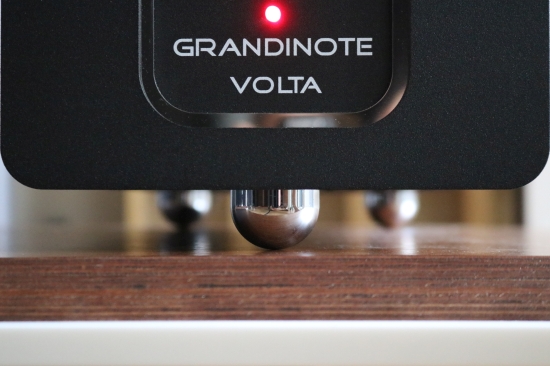 There are only two basic types of amplification designs: tube-based, and solid-state but Grandinote has set out to combine aspects from both in their products. They do this using what they call the Magnetosolid principle. So, what does this entail? The exact definition remains something of a trade secret, but what is revealed is that tube amplifier schematics are used without using tubes.

The term Magnetosolid is the union of Magneto and Solid. Magneto is for ferromagnetic components, referring to the output transformers while Solid is for solid-state components, as in the transistor output devices. Further, it’s mentioned that many of the design choices are a consequence of the tube schematics and that the products employ Direct-Coupling stages, meaning that no capacitors are used in the signal path. That last statement might be true for the Shinai integrated amplifier, but it does not apply to the Volta and Celio source products that both have inline capacitors, which makes sense because that is also typically done with tube products. 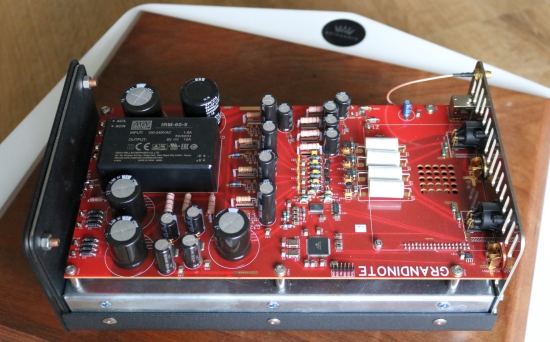 A peek inside shows the Volta’s upper PCB layer with the DAC- and the analog output sections as well as part of the power supply. As can be seen here, there is a dedicated switching supply for the computer section that sits one level lower, not visible in this picture. Also not visible is the toroidal transformer in the unit’s bottom section. The Volta project started in 2011 with the goal to transfer lossless digital music from a disk to the DA section. In order to achieve this goal, Grandinote arrived at seven important arguments which I copied below in a simplified and slightly paraphrased manner.

Point 1 of 7: CD versus “Liquid” Music – When playing a CD in the traditional way, we can’t avoid reading errors. There isn’t a CD mechanism that sounds like another. If they were perfect, they would sound the same. Mechanics make reading mistakes and the Sony-Philips correction algorithm “invents” correction, spoiling the sound of our CD. When ripping a CD, when errors are found, the reading is repeated block by block, until a bit-perfect duplicate is achieved. Today, some CD players perform a pre-ripping, just to eliminate these errors, freeing the music from the Sony-Philips correction algorithm.

Point 2 of 7: Problems using a computer as a player – With this solution, there are so many problems that it can cause more damage than the aforementioned CD player correction algorithm. That’s why many who have approached music via computer and a USB-DAC have preferred the old CD player. Some of these problems stem from the computer hardware and its power supplies or the operating system and its latency, as well as the computer’s ground noise which arrives in the DAC via the USB cable.

Point 3 of 7: Leave out S/PDIF and AES/EBU digital inputs – How to play CDs with the Grandinote Volta? One solution would be to use the S/PDIF or AES/EBU interfaces. This would permit the use of a traditional high-end CD transport with the Volta. However, in doing so, the playback would be compromised by the Sony-Philips correction algorithm. We prefer to connect an external CD, DVD, or Blu-Ray reader to the Volta via USB, which leads to error-free playback.

Point 4 of 7: How to best use the USB port – Wanting to connect an external CD, DVD, or Blu-Ray player to the Volta USB port, it’s essential to choose a unit that is self-powered through the same USB port. An external device, equipped with its own power supply, generates electrical noise. Through the USB cable, the electrical noise would then arrive at the Grandinote Volta. The same is true for external USB hard drives. It is best to avoid 3.5″ hard disks with their power supplies and to use 2.5″ port-powered USB disks.

Point 5 of 7: The best storage format – As explained above, the 2.5″ external disk is preferred, using the Volta USB port’s power. However, the best solution is a network NAS, using an access-point/router and ethernet cables. By design, an ethernet cable is isolated by pulse transformers. With this solution, the electrical noise, generated by NAS and its power supply, does not arrive at the Volta.

Point 6 of 7: Using a NAS via Wi-Fi – The connection to a NAS can be done via Ethernet or via Wi-Fi.
Wi-Fi is sufficiently powerful for the 16bit 44.1kHz CD resolution. For higher-resolution formats, we need a low-use free Wi-Fi channel, with few connected devices.

Point 7 of 7: Leave out S/PDIF and AES/EBU digital outputs – It is our belief that no DAC can match the sonic characteristics of the Volta, and thus, no digital output is required. Also, there are distinct advantages to having all the processes take place within the same device. The same circuits, separated by a cable, would not guarantee the same result. 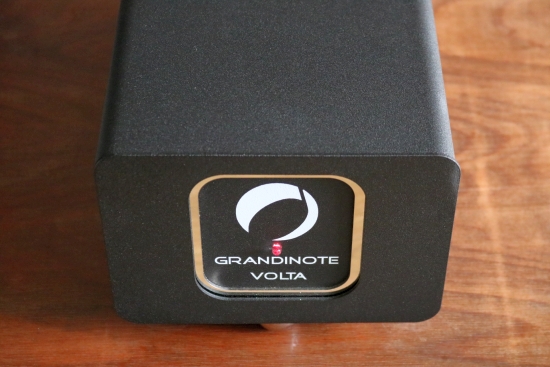 The Volta is a fully dual-mono design that runs entirely in class-A without any feedback and with Direct-Coupling stages (supposedly without capacitors between stages) and no less than 20 different dedicated power supply regulators.

I always thought that feedback is a fact of life as pertaining to amplification design, certainly when it concerns power amplifiers, and so I figured that what was meant is when a manufacturer states that “no feedback is used” that the amp merely employs no global feedback. Upon checking with the manufacturer, designer Massimiliano Magri responded, (slightly paraphrased):

By sticking to Ethernet and USB connections, Grandinote aims to minimize reading errors and jitter. Indeed, even though I often use and prefer S/PDIF or AES/EBU connections, there is a higher potential for jitter with these interfaces due to embedding (muxing) of the clock signal within the music signal. The best alternative solution is to use I2S which carries separate lines for timing data and music but due to the lack of a standard, this format never obtained widespread use. 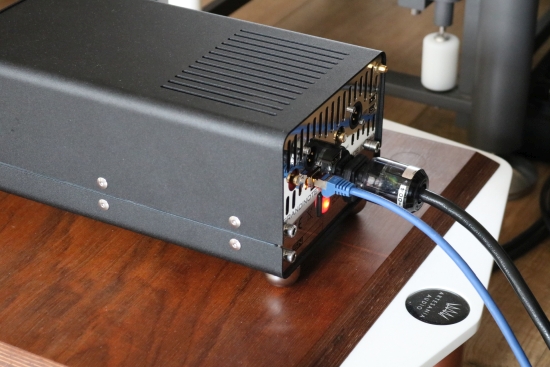 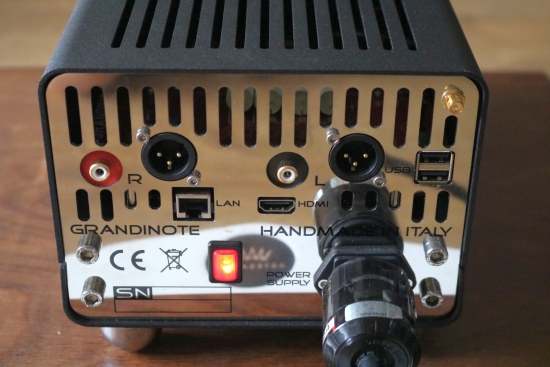 According to Grandinote, the Volta’s extremely accurate conversion to analog, the extensive power supplies, and the output stages derived from the company’s Magnetosolid principles, make the Streaming DAC “the most faithful system for digital playback ever made”. Well, there’s just a hint of Hyperbole there, I guess… but we’ll see! 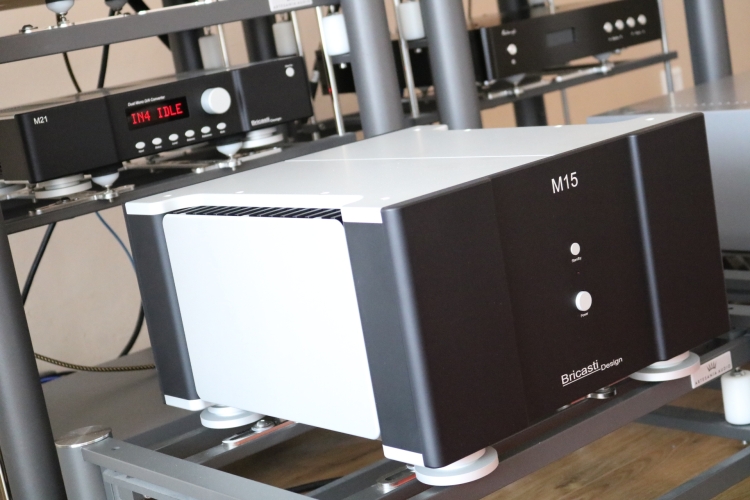 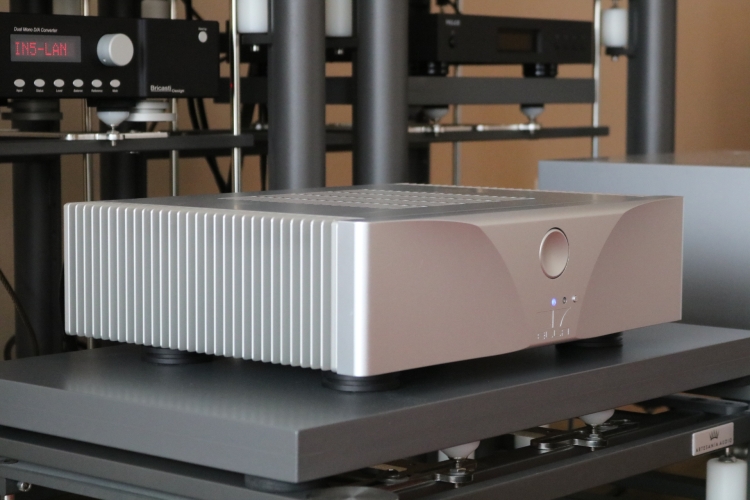 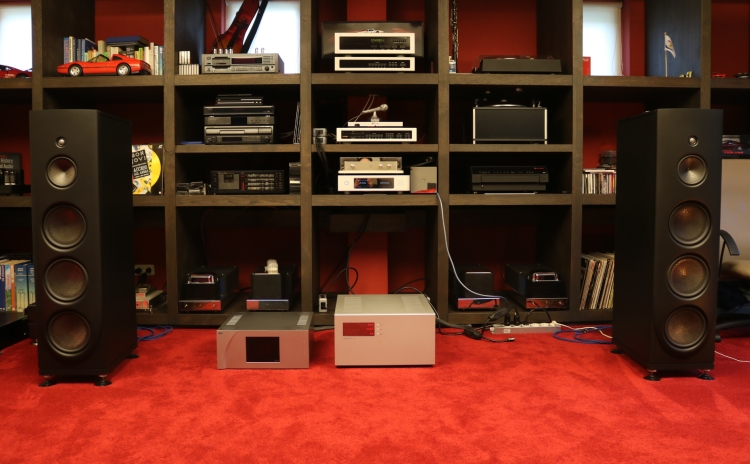 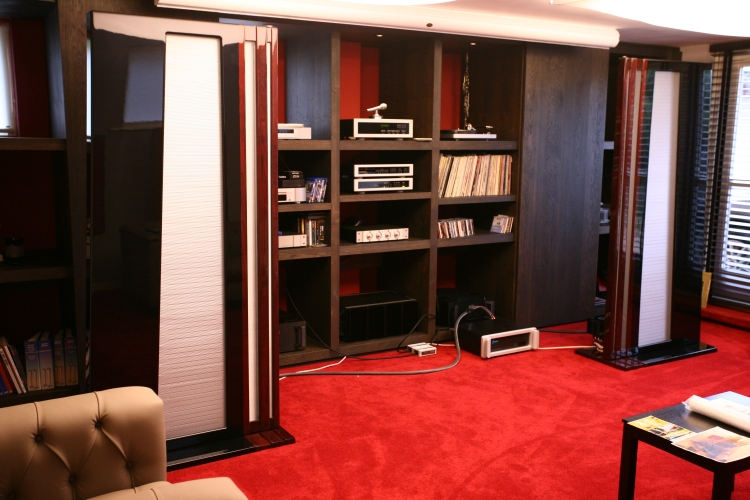