Christiaan Punter 14 May 2015 No Comments 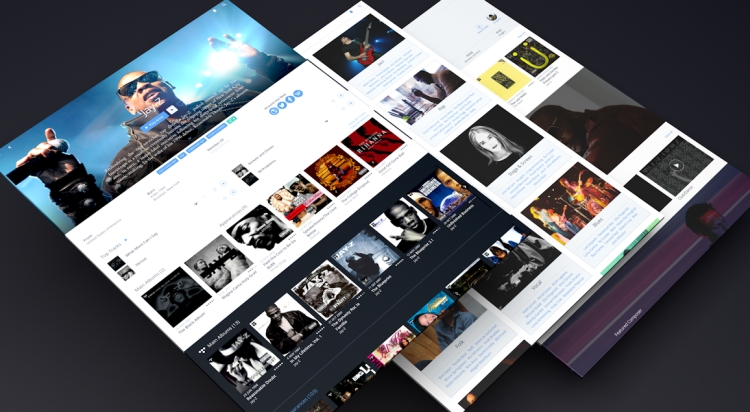 After introducing the Sooloos system in 2006, the people behind this industry standard-setting system joined forces with Meridian to form Meridian Sooloos, later to be named Meridian MDMS, and working on the software side under the Meridian moniker.

Very recently this group of people has gone solo under the name Roon Labs, and they have just released an exciting new software product, quite simply called Roon.

Review software supplied by Roon Labs
Retail price $119 USD per year or $499 USD for a lifetime membership at the time of review, see Roon website for actual prices

A summarized interpretation of the Roon introduction on their Blog

In 1999, a group of friends started thinking about how we listen to music. This was before streaming services and the iTunes Store. It was a time of tremendous promise. But as music became more convenient to acquire and listen to, its presentation became less and less compelling. In the 70s, a gatefold sleeve for a vinyl LP had huge full-color panels of artwork and photographs, plus inner sleeve panels for lyrics, credits, and other information. In the 80s and 90s, CD jewel cases cut the outer surface area of the packaging by 80%, and you needed reading glasses to make sense of the liner notes. By the time digital media players surfaced, music was reduced to a list of file names.

The decline of user experience in music

Somewhere along the line, it was accepted that the world of music could adequately be represented as a spreadsheet of artists, albums, and tracks. The group of friends now known as Roon wasn’t prepared to live with that.

The group of friends kept their day jobs and experimented with software that they hoped would lead to their holy grail: the rich experience of browsing LPs combined with the emerging digital promise of access to all the music in the world. After two years, they succeeded and had created an immersive music browsing experience that didn’t exist anywhere in the world… Unfortunately, it needed a small truckload of hardware to run on, because the consumer PCs of the day just weren’t powerful enough. By 2003 they finished their first test system, a 19″ touchscreen kiosk with a gaming GPU, a ton of RAM, and a two terabyte array, built by hand from $20,000 of parts. They loaded their music collections onto it and dragged it around New York City to parties, where people would invariably huddle around it and get into heated discussions about music.

In 2006 they launched Sooloos, and despite its hefty price tag of $12,900, it was received by customers and reviewers with open arms. The product was a distributed network system of control, storage, and player devices, which could be configured to provide up to 32 zones of music and multiple terabytes of redundant storage.

In 2008 the early Sooloos people partnered with Meridian Audio, because they understood that to further their plans for world domination, they needed real expertise in manufacturing, distribution, and above all, audio. Meridian’s pioneering work in digital audio and innovative approach to product design made the two companies a perfect fit, and Sooloos was acquired by Meridian at the end of that year. With Meridian’s help, they also took the leap into synchronized multi-zone streaming, high-quality sample rate conversion, and DSP. Sooloos had become the gold standard for high-end digital music systems.

As the cheap PC, NAS, smartphone, and tablet became ubiquitous, Sooloos took their distributed embedded Meridian/Sooloos system and began to repackage it as a standalone piece of software. In parallel, Meridian had been introduced to HP, who asked Sooloos to develop a branded app based on Sooloos, which resulted in the launch of HP Connected Music in 2012. All at once, Sooloos went from serving thousands of customers a year to serving millions every day.

Today the world is changing yet again. Music services are expanding their offerings and there is more affordable high-quality audio hardware implementing streaming than ever before, and in February 2015, the original Sooloos team reached an agreement to spin out of Meridian to form Roon Labs, and this takes us to the present time.

Roon is working with various manufacturers to (co) produce or license hardware, but right now, Roon is a Mac and PC app that helps you experience your music in a completely new way. Whereas one would need specific Meridian-branded hardware for each of the Sooloos/MDMS system’s components, Roon software runs on everyday OSX or Windows computers. One could use a small Intel NUC or a Mac Mini, which would act as the “system core” in Meridian language, or simply “Server” in non-Meridian speak. This unit can run standalone as a server/player combination, in which case it will stream audio via USB to any directly connected DAC. Roon supports any USB endpoint that is recognized via the OS, and via “exclusive” or “direct” mode, which bypasses the OS mixer. This allows a bit-perfect stream from our application to the endpoint. The software achieves bit-perfect playback using CoreAudio (Mac) and WASAPI (Windows). Roon will be certifying many products in this mode. Music on local or USB/Thunderbolt connected harddrive/SSD, or over the network on a NAS is all supported. All the common file formats are supported at 1x,2x,4x,8x sample rates, and soon also DSD over PCM. 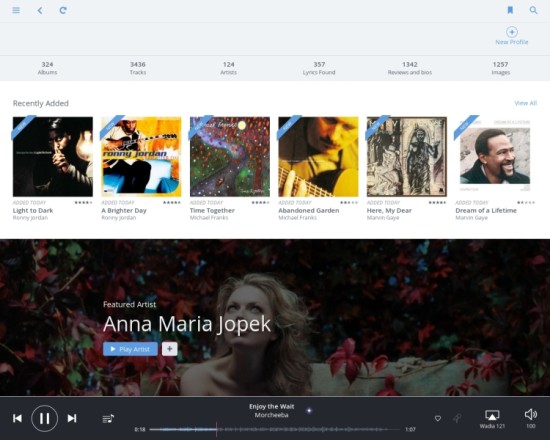 You can control the software from an unlimited number of other OSX or Windows computers on which Roon is installed, or soon from an Android or iOS tablet. Unlike the Sooloos offerings of the past, the UI you see will be the same, no matter the device you run it on. One computer is used for managing the database (importing and editing) while all others are considered remotes. However, the app will look the same and offer exactly the same information no matter where you use it. 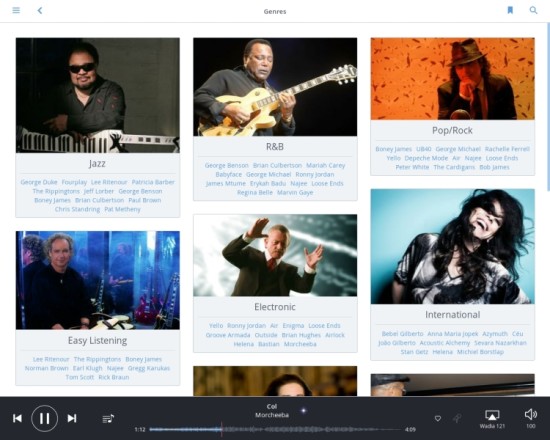 Alternatively, Roon can run as a server, streaming to compatible streaming endpoints via your existing home network. Hardwiring is recommended, but unless you have an aging access point, wifi also works just fine. A variety of audio endpoints are currently supported, including Meridian Sooloos products and Apple Airplay. On the Meridian part at the moment of writing, the MS600, MS200 and any of the 861, 808 or 818 devices containing a Sooloos ID40 or ID41 endpoint card will be automatically recognized by RoonRoon, and as Meridian issue updates, more of their devices will be supported. In the meantime they are working with several hardware manufacturers including Auralic, dCS, Linn, Meridian and PS Audio, to so expect more and more supported products in upcoming software updates. Updating by the way is a simple and wholly automatic process. 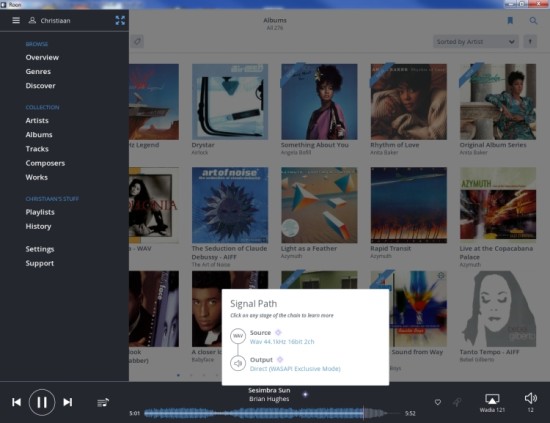 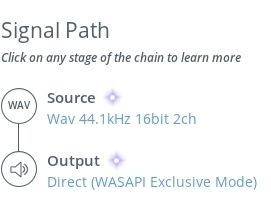 From anywhere in the app, you can view the entire signal path from source file or stream type, through internal DSP processing (should you choose to enable it), to the type of connection to your audio equipment. My example above is very simple with only a source and destination but I have seen examples with several more steps, which is very handy in case of more elaborate setups. Roon will soon add features such as DSD Playback and MQA support. 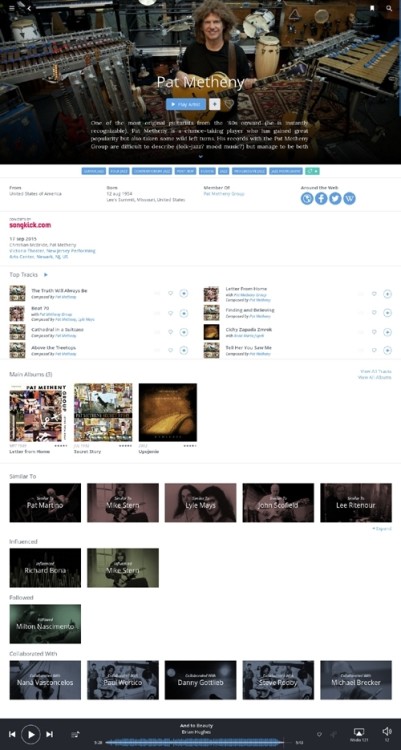 The above image is a composite of multiple screenshots I took while scrolling my way down.

Naturally, Roon is more than just music server and player software. In fact, it could be what will be the next industry standard. First off, Roon has moved away from the ubiquitous artist -> album -> track hierarchy and substituted this with a way of music handling that makes everything else look and feel ancient. Of course one can still view by Artist, Album or Track, but with Roon, that’s only the beginning.

When first starting Roon, the app will ask where your library is, then proceed to index all your music on its own. Traditional info such as Artist, Album, Tracks and Cover Art are retrieved from both embedded ID3 tags as well as the folder structure, then matched to the data present in an online database. At this point it is important to note that Roon does not overwrite your laboriously added metadata; it adds to it, and leaves the original files and their metadata untouched unless one chooses to point Roon to a Roon-managed folder, after which Roon will manage the file structures to reflect its library changes. After this, Roon proceeds to enrich your music with rich context such as artist bios, lyrics, photos, reviews, concerts, credits etc. And on top of that as a user, you are allowed to add on top as many tags as you like, which are of course searchable and filterable. These 3 layers combined are formed into a graphical-rich database of your music that is browsable and searchable, just like one would surf the internet. Now you can really explore your music! 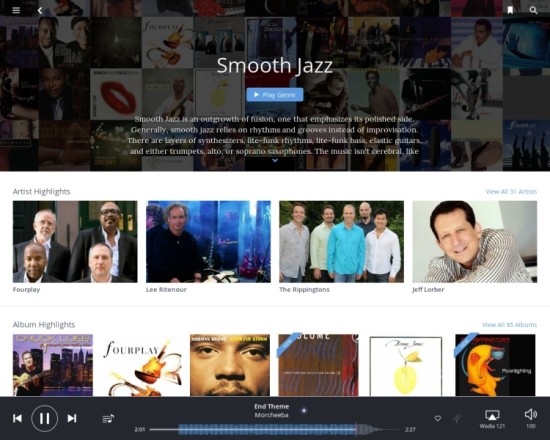 But it doesn’t stop there. The most powerful feature of Roon is how everything is linked and clickable. For example, you start with an artist to find that its music is categorized as Jazz-Fusion. With normal ID3 tags, this is where the genre field would stop, but with Roon there can be an infinite amount of tags. For the aforementioned file, its main genre could be linked to Jazz, Smooth Jazz and Jazz-Pop, but instead of having the genre field filled with those three categories separated by commas, Roon presents them as separate tags, all individually searchable, and more importantly, all individually filterable. Using the Focus Tool, one could for example zoom in on Jazz to start with, then subtract some jazz styles and perhaps add some other styles. The resulting selection can then be played, saved to a playlist, exported to a folder or excel sheet, or bulk-tagged.

Every track, artist and album has like/dislike buttons that enable extra filtering capabilities as well as ranking the selections higher or excluding it for radio playback (automated library shuffle after the last cued track ends). There are overall album credits, but also separate credits per track, as well as editing and exporting functionalities on every level. The latter importantly include all edits made in the Roon program. 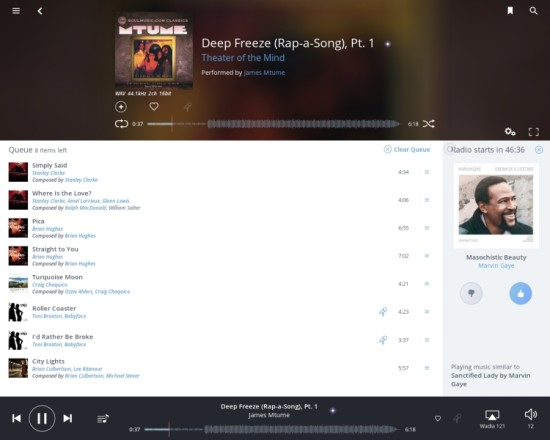 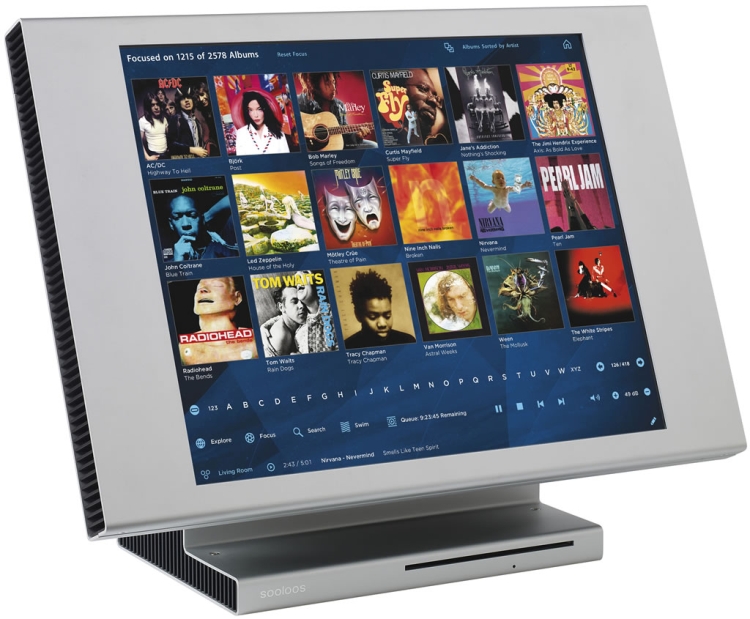 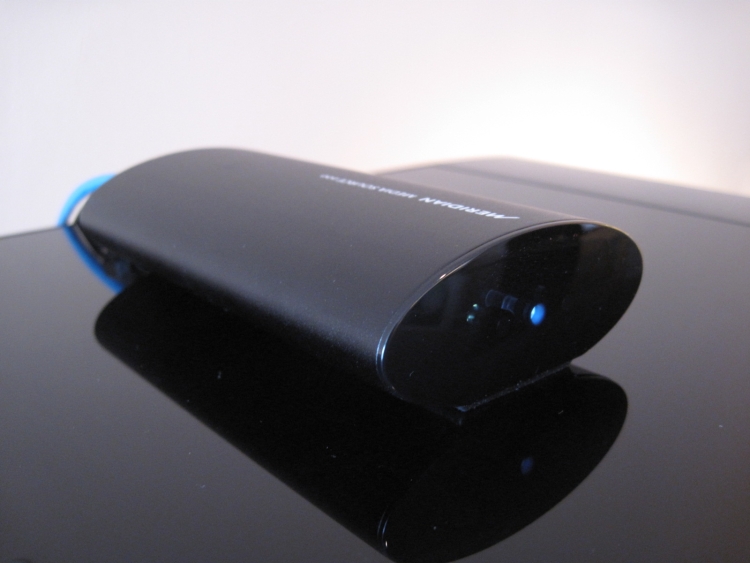 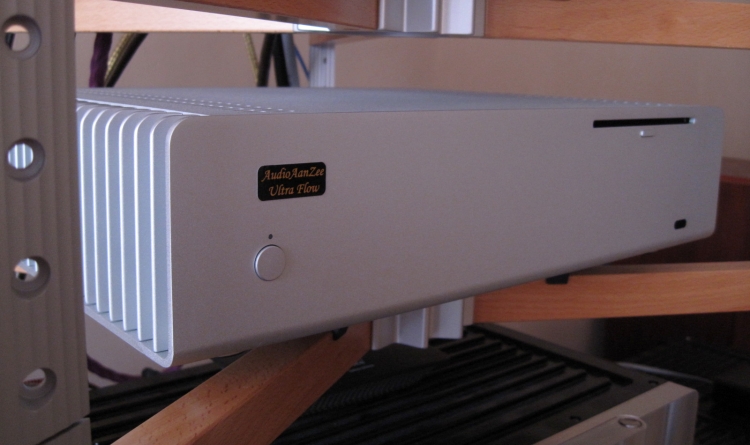