Review components arrive at my doorstep from places all over the world: the Netherlands, Switzerland, Germany, USA, New Zealand, Sweden, Japan, Spain, China, Italy, France, UK, Korea, Czech, Denmark, Canada, Austria, Belgrade, and I’m sure I left out quite a few. Still, for some reason, I never associated Bali with high-end audio. Perhaps it has to do with my audio buddy JW’s wife coming from Bali. No matter how excited JW and I get about audio, Sita couldn’t care less. What gets her excited is fresh fruit and basically anything crispy, endearingly pronounced by her as “Krrrispy”. But there you go. Apart from being an exotic holiday location with super-friendly people, going forward, as would become clear, Bali should also be known to produce some very fine audio cables. 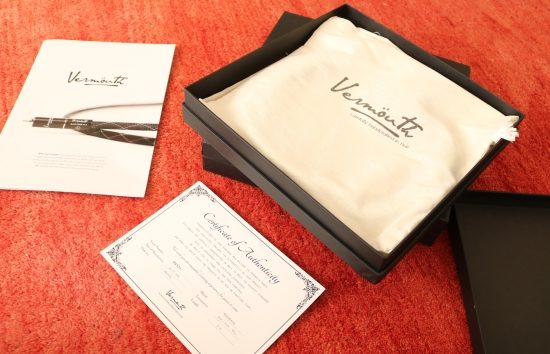 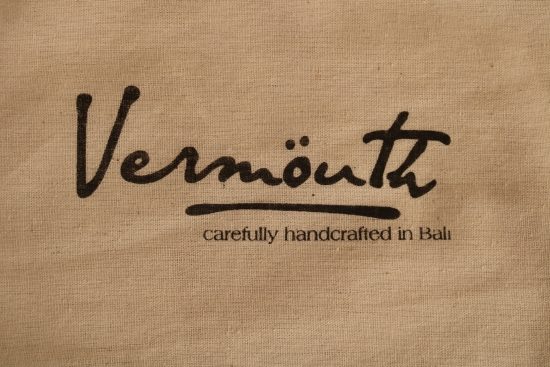 What better place to kick off the listening tests than JW’s system? So, I took the cable with me without notifying him first just to see the surprise on his face when reading “Carefully handcrafted in Bali”. Alas, Sita was not present at that time but I’m sure that had she been there she would have felt a spark of pride before returning to business as usual, retreating to the other room while the boys do their audio stuff. 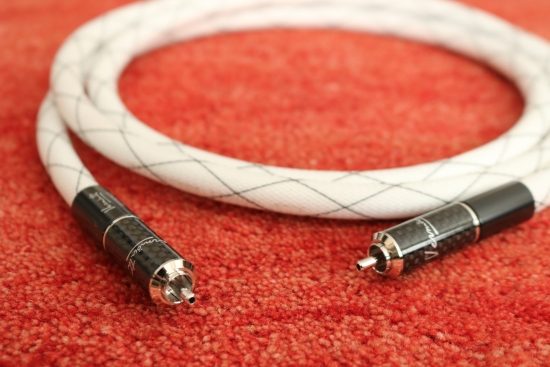 JW’s system is very straightforward these days: Apogee Duetta Signature speakers driven by a Line Magnetic LM-150IA which is fed by a Wadia 861 CD player. The amp only takes cinch inputs and the interlink that is currently used is the AudioQuest Water. The Water interlink is one of my favorite affordable cables but it is not very highly resolving and with its sonorous, dark sound, it is certainly not a neutral cable. But still, it that works well with JW’s Apogees and my Wilsons alike. 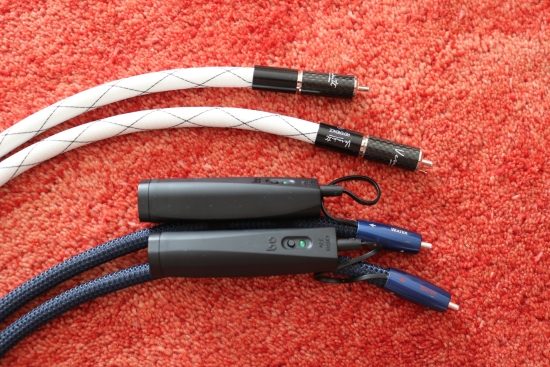 Substituting the Waters for the Vermouth Reference made a considerable difference, changing the character of the system entirely. Considering their tropical origin, and judging from their luxurious appearance, one might expect a relaxed or smooth sound from the Vermouths but it’s rather the opposite. These are some fast, transparent, and downright utterly precise sounding cables! They are foot-tappingly upbeat and have truly superb bass. Oh, and their timbre is highly convincing – much more neutral than the Water and there’s absolutely no trace of artifice. In spite of the precision and their articulate nature, the Vermouths sound full-bodied and not too dry. 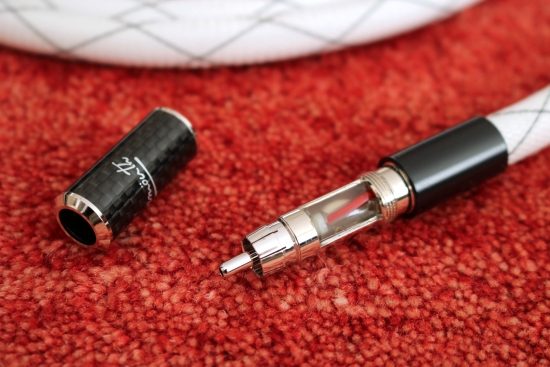 Precision-engineered, even on the inside, with resin-filled cavities.

Even though the cable was brand new there was no hardness or edge. What we did hear was a certain stridency, similar to what you hear when the damping factor of an amp is too high for a given pair of speakers but a good 30 minutes later this feeling started to diminish. What remained, even throughout the successive listening sessions, was a restraint in the performance’s lyrical behavior.

JW system is tweaked to retrieve the maximum of this lyrical quality that takes place mostly in the midrange and which has a lot to do with a system’s ability to let the music “breathe” freely, for better or for worse. In this system, the downside of this is a less articulate bass and a slower overall perceived speed than I’d like. Since JW focuses mostly on the midrange and its overtones, that is the best balance for him. Personally, I prefer a tighter sound even if I can also hear that in case of the Vermouth this goes at the expense of some of the performance’s lyrical quality.

Interestingly, since JW’s amplifier does not accommodate XLR cables, I would later find that the Vermouth XLR cable further raised the stakes by taking the cinch cable’s highlights and adding what is in retrospect precisely the kind of free-flowing lyrical quality that was missing with the cinch cable. 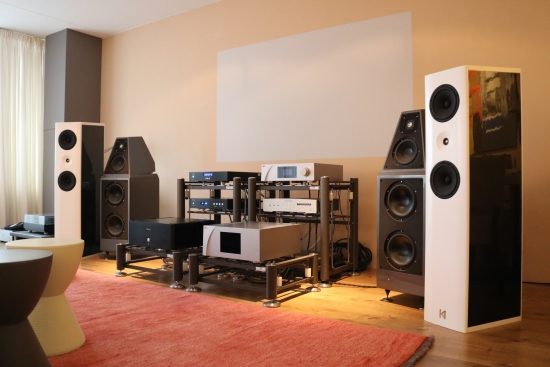 Back in my own environment, I first connected the Vermouth XLR cables between CH Precision C1 DAC and A1.5 amp, in place of my usual Cardas Clear XLR’s. The speakers at this moment were the Wilsons Watt/Puppy 8. Cold from their box, the Vermouths immediately appealed to me. 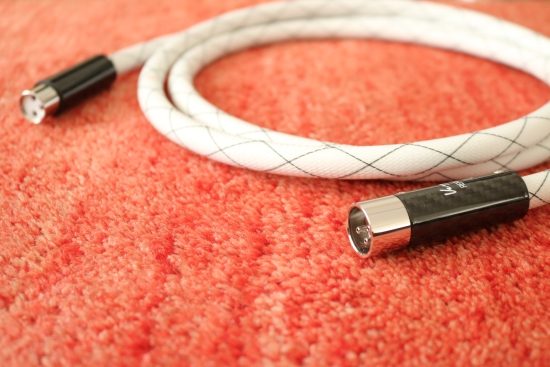 I heard all the strong aspects that I already heard with the cinch Vermouth cable in JW’s system and again I much liked their transparency, speed, and articulation, and although the Vermouth’s low-level resolution is not as good as that of the Cardas, I found the midrange purity remarkable. Compared to the CH Balanced link before, and the Vermouth now, it was clear that the Cardas Clear still has a subtle smoothing and filtering effect, just like the Golden Reference and Golden Cross had, only less so. 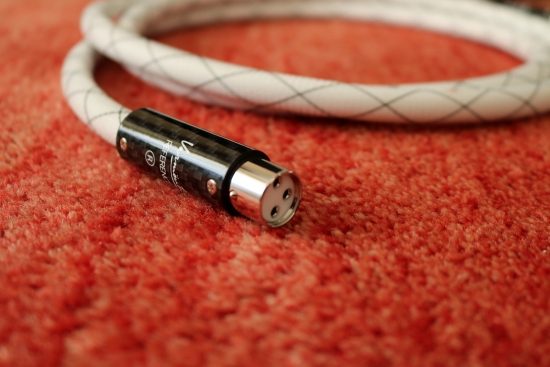 Just like the CH Balanced Link, the Vermouth Reference XLR has more pronounced transient behavior and is purer and more direct than the Cardas, with a richer timbre and less of the matter-of-fact dryness that accompanies the Balanced Link.

The Vermouth does not place images wider outside of the speakers per se but the soundstage itself seems to move more freely in the room than with the CH Balanced Link, washing over me in a more engulfing manner. With running in, now 30 or so hours, the cable has become a little bit more fluid in the treble and slightly more free-flowing while retaining all its aforementioned virtues.

The couch is like the ocean in which the music components float as if… ok, let’s face it: I am no poet. 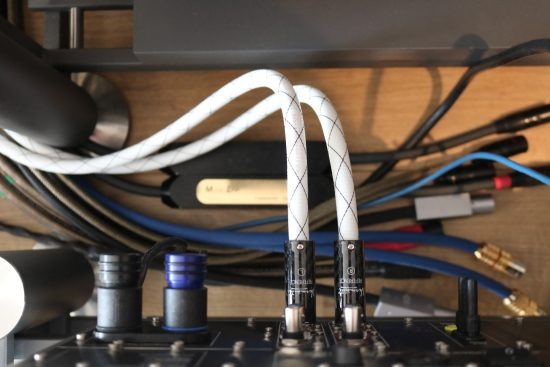 Vermouth Reference Cinch and XLR in the main HFA system

Now that I had pegged the XLR cable’s virtues it was time to compare it to the cinch variant to see if the results with JW’s setup were repeated in my system. Again using the two CH Precision components, now with both cables connected simultaneously using the C1’s individually-buffered outputs and the CH tablet app allowing convenient switching between them, I started my tests. 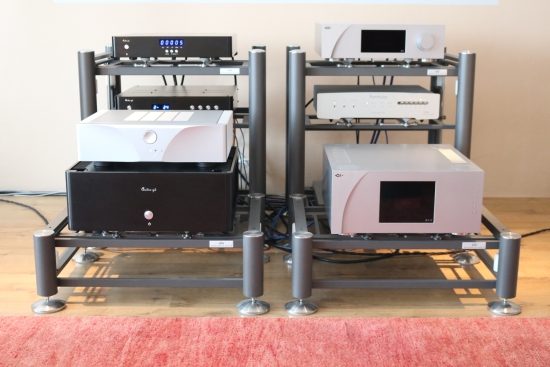 On the surface, the two cables are very similar but listen closer and you notice that the cinch cable is indeed even tighter and more controlled than the XLR cable. And indeed, along with its even more focused sound comes an almost subliminal feeling of restraint in the music’s lyrical expression. If one is not so focused on this aspect then it might not be picked up at all, but for me, this cable’s technical excellence seems to prevail over the conveyance of the emotional content. I should note that the CH Precision Balanced Link is actually even more controlled meaning that this is not an anomaly unique for the Vermouth cable. 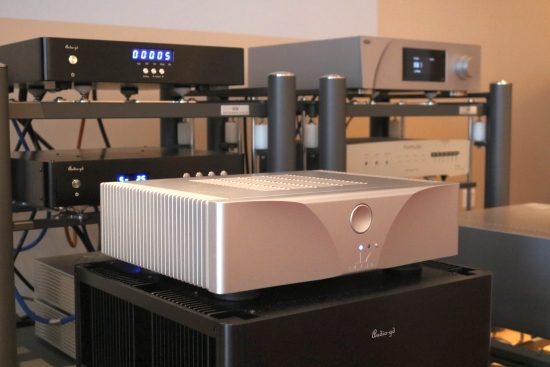 Moving to a different system, the Aqua Formula xHD DAC was put back into use in combination with the Audio-GD M1 preamp as well as the Naiu Laboratories Ella amp and the Kroma Audio Carmen loudspeakers. Using the Aqua Formula xHD DAC, I first performed one more comparison using both the Vermouth Reference Cinch and XLR cables. For now, the Ella amp was connected using the CH Precision Balanced Links. 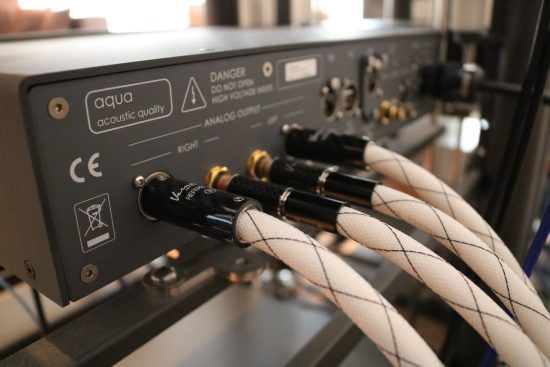 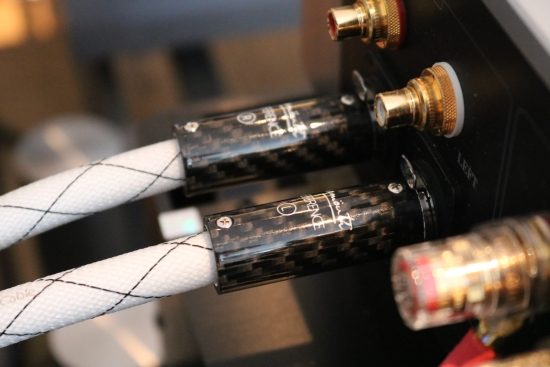 I should note that the Aqua has independently-buffered outputs that differ in topology: the cinch output is direct-coupled but the balanced output is actually transformer-coupled and this made for an interesting proposition. Due to these transformers, the DAC’s XLR output is inherently gentler and slightly sweeter than the DAC’s cinch outputs. Also, I should note that the Ella amp is a warm and smooth performer that is probably more similar to JW’s LM-150IA than my CH A1.5. Granted, the XLR version still made it easier for me to get fully immersed in the music but when switching between the two cables, now I found that I often had a preference for the snappier-timed cinch cable. 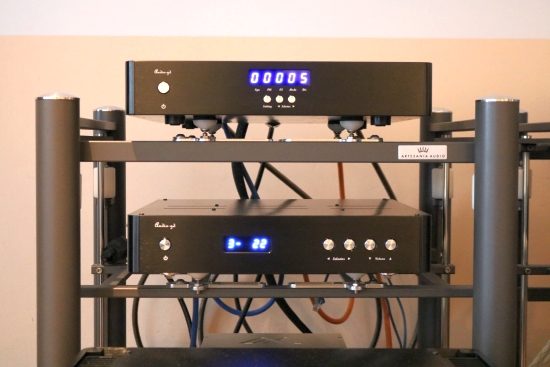 Switching to the Audio-GD R8 DAC connected to the Audio-GD M1 preamp using their proprietary ACSS  connections (similar to and compatible with Krell CAST) and with the Vermouth Reference XLR cables between Audio-GD preamp and Naiu Ella amp, I found a slice of heaven. I tried various other XLR cables but the Vermouth ones worked absolutely most synergistically, providing precisely the right amount of speed, openness, and transient snap to make the system really come alive while retaining its inherent free-flowing lyrical qualities and harmonic richness.

These Vermouth cables turn in a rhythmically infectious performance with a lot of drive and impact. They are tonally essentially neutral yet full-bodied and richly textured.

While the Vermouths are very articulate and highly controlled, they do not sound clinical. On the contrary, they have a convincingly natural timbre and sound musically right. Especially the balanced cable provides the perfect combination of tightness and precision on the one hand and rich textures and lyrical freedom on the other hand. The cinch cable has the same technical qualities but it also has a more controlled delivery. 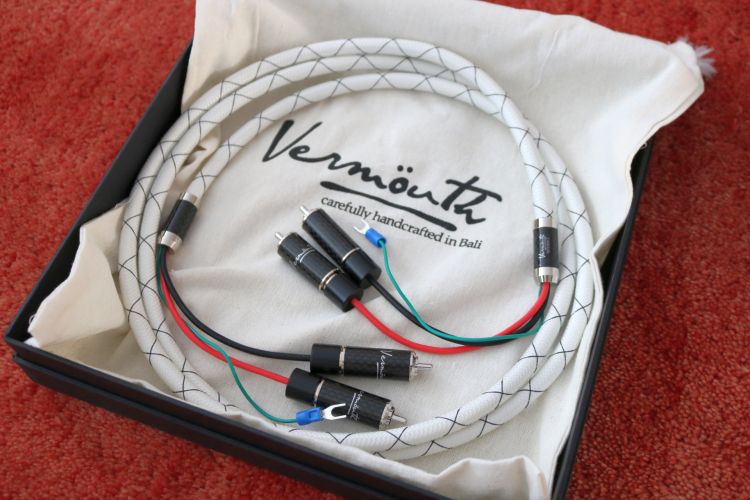 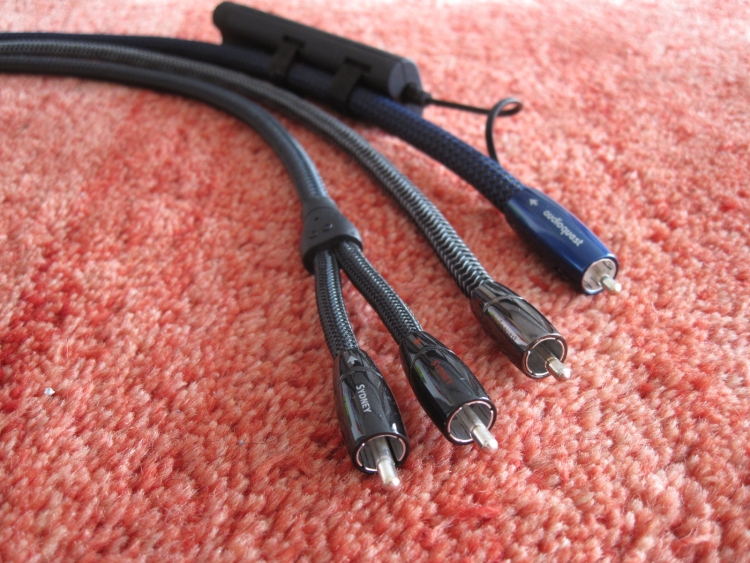