For all their different types of products, R.T.F.S. has clearly articulated intended applications, aimed to address the most common situations. However, with the bass build-up in the front left corner, bass cancellation in the front right corner, and an open hallway and kitchen area on the left side, my room deviates from the ideal quite severely. And I must admit to having struggled with it for a very long time. Adding to this, the Martin Logan loudspeakers radiate sound as much to the rear as to the front and, despite their curved panels, are quite beamy. And so, this situation called for solutions that deviate somewhat from the manufacturer’s intended application, as detailed in part two of the SiRRAH review. But, to be clear, my non-standard applications do not change the fact that the R.T.F.S. products have proven to be extremely effective. 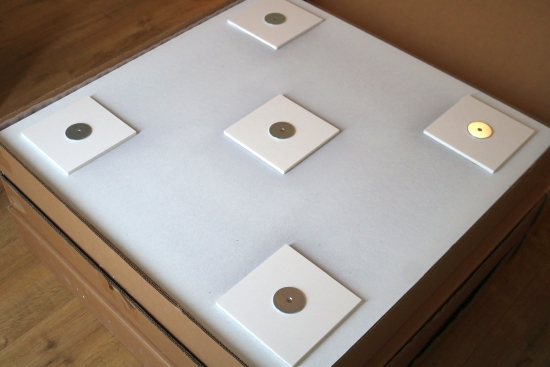 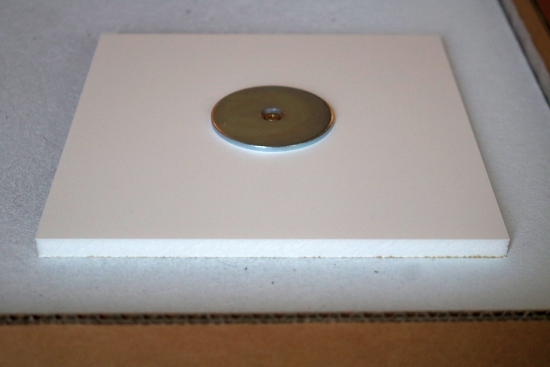 After the results as described in the previous R.T.F.S. review, the six SiRRAHs are still in the same positions (to address reflections). The four Big Blocks are also still in use (to address various room modes) but in different positions. This followed the discovery that all the glass panels of the right side wall had a 40Hz resonance frequency that was returned to the room with a delay, causing the right-hand speaker to be nulled at various low frequencies. After dividing up the glass panels using glued-on horizontal wooden crossbars to stiffen them and break up their resonance frequency, it became clear that the Big Blocks were both needed in the right-hand corner sections of the room. While the stiffening of the glass wall had shortened the amplitude of the resonance in the bass, the Big Blocks further reduced the gain and shortened the decay to make for a superb combined effect.

Following this, I moved all my media (24 CD racks and a big LP cabinet) to the listening area to address the resonance of the left-hand gypsum block wall, reduce corner bass build-up, and used some of the racks on the front wall in conjunction with the two SiRRAHs to manage reflections and balance out the liveliness of the room.

With the urgent issues of the main listening area under control, it was now time to look at the biggest surface of the room, that had gotten the least amount of attention: the ceiling. 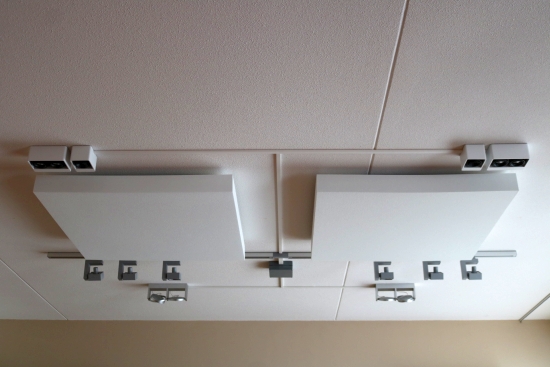 The 100 x 100 x 10cm Ceiling Vanes are designed to be affixed to the ceiling in the first reflection point between the speakers’ position and the listening position. When untreated, such reflections can reduce the soundstage precision and articulation of vocals as a result of comb filter effects. While the panels have quite a broadband effect, the special variation of the BreaCoat coating prevents overdamping of the high frequencies in the room. In addition, these panels can be ordered fitted with LED lighting and cleverly integrated into a room’s lighting design and thus can offer a substantial improvement in sound while attributing to a room’s visual appearance.

The manufacturer indicated that many customers use only the Ceiling Vanes with no other absorbers in the room because they can be installed so relatively invisibly. With this in mind, the panels have been made to be as effective as possible. One way in which this is achieved is by not using a frame, meaning that the sides also attribute to the absorptive surface.

This way, a 1×1-meter ceiling vane is 1,4 times as effective as a similarly-sized absorber with a wooden or metal frame. 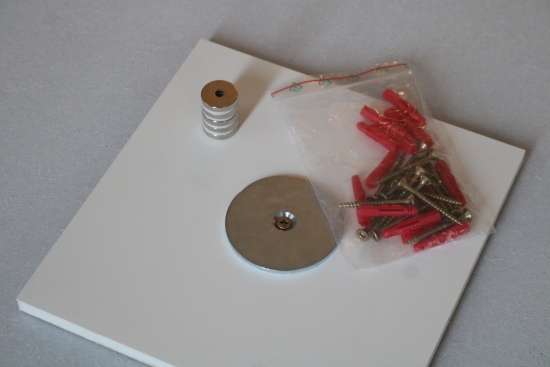 The fixation of acoustic panels is often an afterthought. It doesn’t usually entail more than tabs or screw-hooks but the R.T.F.S. panels are different. As with the SiRRAHs, the Ceiling Vanes attach magnetically. In this case, glued to the panel are five smaller square hard-foam panels into which large metal plates are screwed. These attach to five extremely strong Neodymium magnets that are screwed in the wall or ceiling. Because the magnets are very small and the metal plates much larger, the hole-drilling procedure does not require very high precision. And thanks to their low weight of under two kilograms, the panels are very easy to apply and they can just as easily be repositioned and aligned precisely.