The hidden setup menu of the Meridian 508.24 CD player 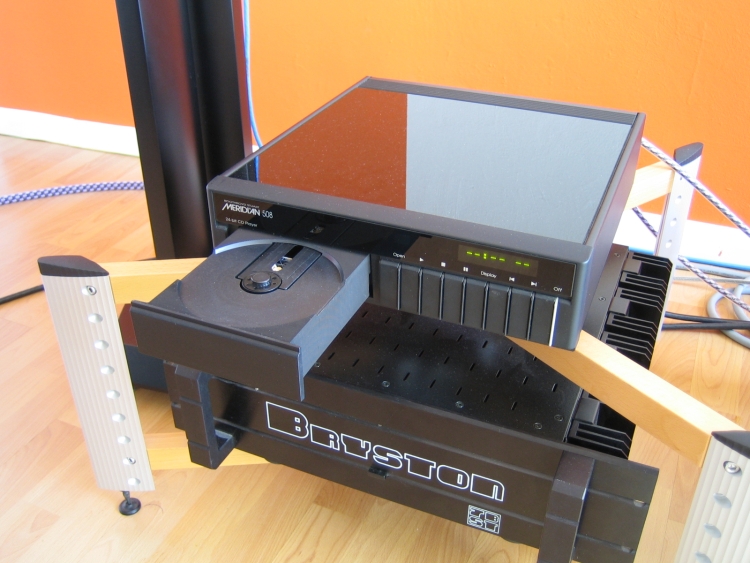 In this menu you can adjust things like error-correction and servocontrol of the laser pickup. Read on!

Something of an icon in the nineties, the 508.24 was voted Stereophile Class A when it was introduced! The Meridian 508.24 cd player has some hidden settings that are well worth investigating. Not only does this go for the 508.24 but also for the 508.20 and partially also for the other 500 series players. Every Meridian product has a configuration menu but the contents may vary. But I digress… This article is for the 508.24.

By shutting down the player with the hard power switch at the rear and powering up again, while holding the display button, you end up in the config menu. In there you can make several interesting adjustments.

Before you begin please be warned that it’s easy to mess up in these menus when you’re not paying attention. Please be careful and follow the steps below. Just to be sure, take note of the factory-setting before you change it. As long as only the display button is used, you’re only browsing. As soon as “previous” and “next” are used, you’re changing items.

There are several adjustments to be made, but two of them are of the most interest to us: Errorcorrection and Servo Adjustment.

This function can be toggled on or off. In the on position the sound is very precise, measured and lightning quick. In the off position the sound is the opposite: fluid and relaxed. More “analog” in a sense. This is a matter of taste of course. Just try and see which you like best. There is no technical reason to use the on position because apparantly there still is some error correction going on somewhere because all cd’s I played since are read quickly and flawlessly. Mayve this comes into play when using extremenly damaged cd’s?

Servo adjustment of the pickup lense

This function adjusts the servo tracking in 5 steps. According to an article I read Meridian incorporated this function to be able to compensate for the variation in the supplied Philips transports. Officially position A is the best and most precise and dynamicsetting but it can also become a bit dry. It is this setting that lends the player it’s most technicall correct sound. Switching from A to E the sound becomes increasingly more relaxed, distant and fluid. Especially the high frequency becomes a lot more silky but the bass loses some tightness.

How to get into the configuration menu 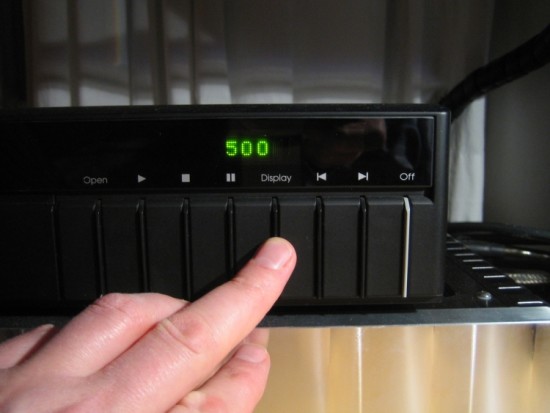 You are now in the config menu. This is shown briefly in the display. After
that the first menu item is shown: 500. This is the remote protocol. Never
mind that. 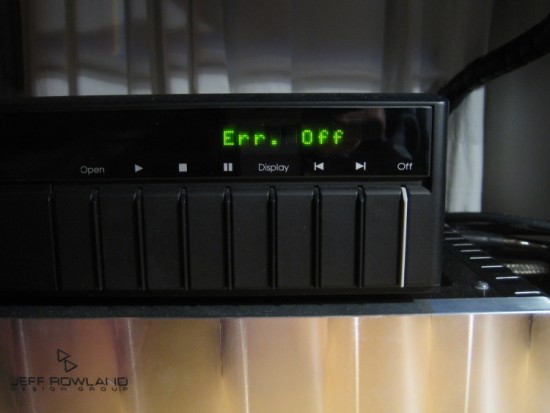 6.switch it on or off using “prev track” en “next track”.
7.choose the next wanted item (servo) using the display button. 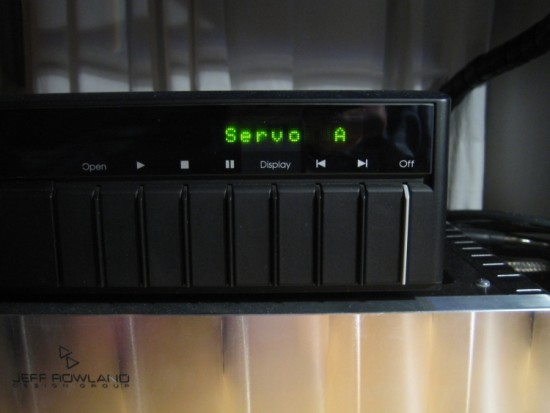 8.switch between the options A-E using “prev track” en “next track”.
9.shut down the player again using the switch at the rear.

The settings are automatically saved when te player is powerd down.