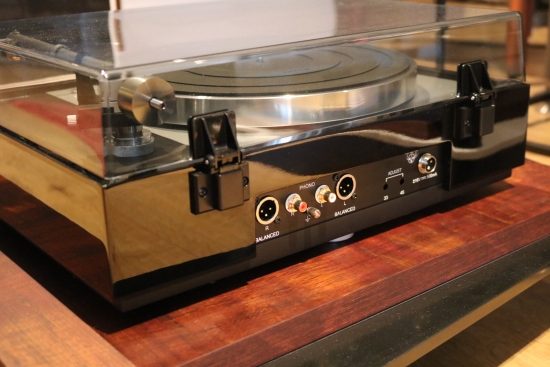 The newly developed TP-92 arm looks absolutely fantastic. It has a distinct TP-16/TP-62 look but feels much more solid. At 11 grams, it also has a medium effective mass which allows a much wider range of cartridges to work with, even those with higher compliance.

The turntable offers cinch as well as XLR connections, the latter allowing for a true balanced signal to be used with phono preamps that are so equipped. For example, the Jeff Rowland Cadence and the CH Precision P1, offer this functionality. As all phono cartridges are inherently balanced internally this should make for the best way to transfer the music signal. Alas, I did not get around to testing this but if I do get the opportunity later, I will add my experiences to this review. 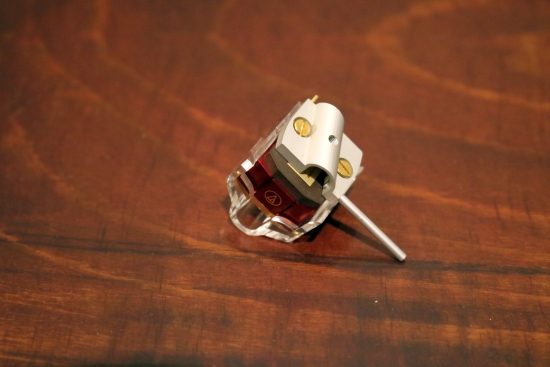 The regulated power supply is housed in an external box and connects via a sturdy and lockable connector to the turntable. Combined with the cinch, XLR, and earth connections, this makes for a turntable that can be freed entirely from its cables which greatly aids cartridge mounting. This is more important now than before because the new TP-92 arm no longer has a detachable headshell or arm pipe. The small piece of aluminum that also holds the cue lever functions as a minuscule headshell that can be detached with a single screw. The beauty of this design is that the cartridge is basically mounted directly on the arm pipe which avoids the loss of energy. 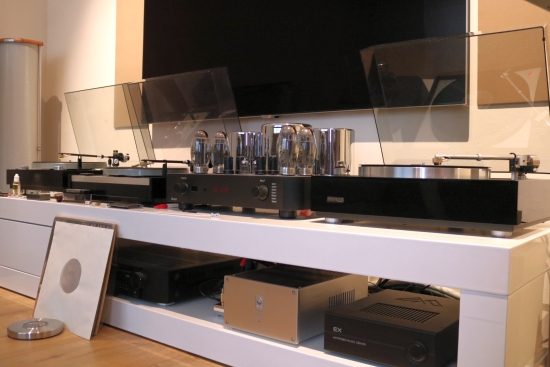 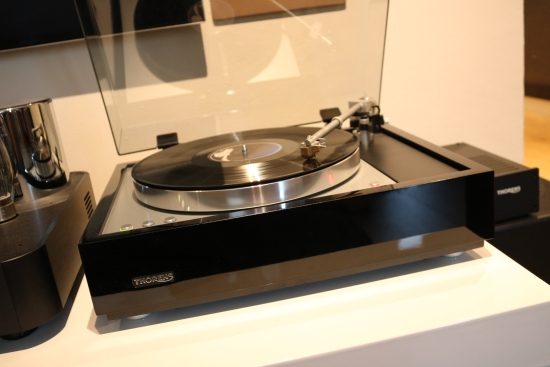 The TD1601 came complete with an Audio Technica AT33EV cartridge which was fortunate because I have prior experience with it using it in the Yamaha PX-2 turntable. At that time I already felt that it was a very fine-sounding cartridge but now I feel that the TD1601 extracts more from it than I heard back then.

There is a definite family resemblance: the TD1601 sure sounds very much like a Thorens. It has all that made me fall in love with the classics and further enhances pretty much every aspect of the sound without tipping over into a clinical or over-controlled delivery. 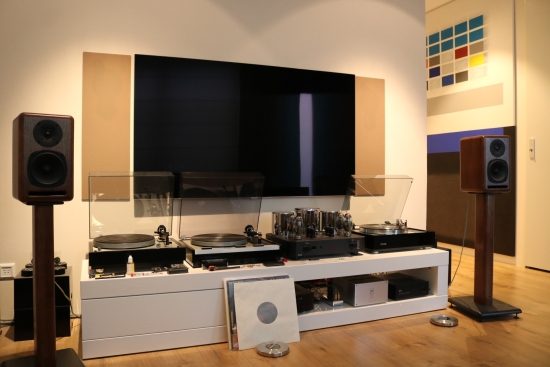 Mated initially with the Benz Lukaschek PP1, the Thorens TD1601 sounds fast, dynamic and upbeat, in line with the typical Thorens delivery. Where it truly excels is in the solidity and impact of the bass as well as in its super-energetic and dynamic delivery. It has a mega-foot-tapping delivery combined with a communicative midrange and fluid, open and airy treble. In fact, such is its rhythmic capability that it makes the TD160 Super sound comparatively thick, ill-defined, and congested. But the TD1601 is a Thorens and that means that it does not only have fast transients, it also has good sustain and decay. Despite its highly energetic delivery, it does not have the clinical and emotionally distant presentation that some extremely highly detailed and hyper-articulate players can possess. The TD125MkII already demonstrated that the TD160MkII could be improved upon with better separation of instruments and a higher degree of nuance combined with a deeper, more spacious soundstage. But even the TD125 can’t begin to compete – compared with the TD1601 it sounds restrained and lacking in fullness and body. Don’t get me wrong – I still very much like the TD125 and with its comparatively sweet midrange it can also sound quite romantic. The TD1601 is not quite as romantic but instead, it is much more realistic, both in timbre and in dynamics. Oh, those dynamics! This really has got to be the most impressively lively player that I heard so far. Its delivery is so bouncy that you just cannot sit still and I have to suppress the urge to start dancing. And I don’t even like dancing, so go figure!

The bass really is something else. Far removed from the best that I have been able to squeeze from the TP-92 + TP-16MkI or MkII on any deck and in any configuration, the TD1601 + TP-92 bass must be close to what a good Direct Drive turntable can do, it really is that solid and tight. 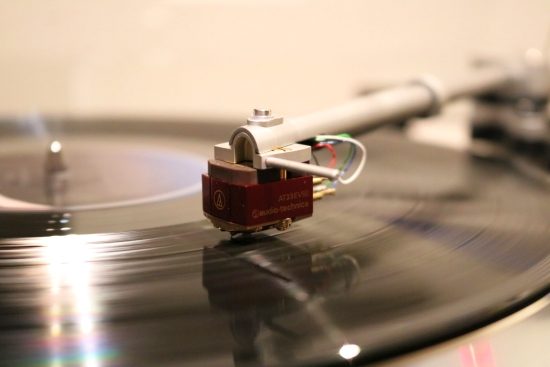 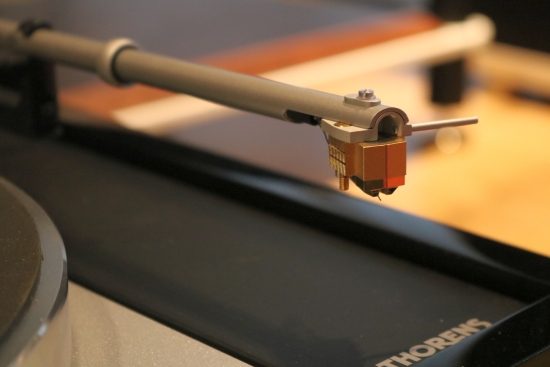 As I was slightly fearful that the AT33EV made a special synergistic match with the TD1601, I also did some cartridge-swapping. At hand, I had three Denon DL304’s which allowed me to compare a TD160 Super, a TD125MkII and the TD1601 side by side with the same cartridge. Naturally, I made sure to compare the cartridges beforehand to confirm that they perform the same. Fortunately, the turntable sounds just as great with the Denon as with the Audio Technica. Phew! Yes, there are differences in the overall balance, the Denons tilting to a more open treble and a leaner bass and the Audio Technica tilting more to a darker sound with more robust bass. Between the two, I felt that the Audio Technica sounded the most realistic and most impressive. While subjectively darker than the Denon at first, longer listening confirmed that the treble is not shut-in or capped and even subtle hi-hat sounds are portrayed with the right amount of air. Rather, it seems more likely that the DL-304 has some excessive treble energy and the AT33EV is actually more neutral. Incidentally, I also tried the AT33EV with both classic Thorens turntables and was very happy to find that it works very well in the lightweight TP-62 + TP-16MkII arms. Not only does it track well (although maybe not quite as well as the Denon), the bass is also substantially fuller than with the DL304. That is good news for all classic Thorens owners because the 304 these days is unobtainium. 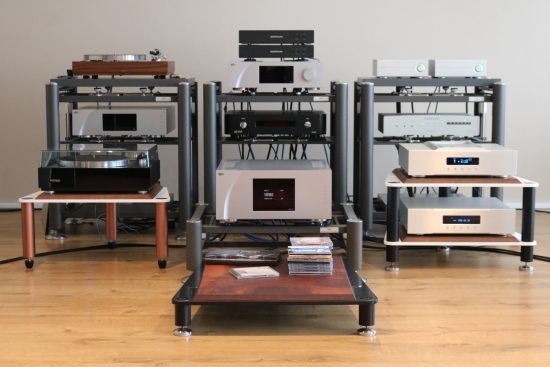 After the success in the secondary system where I usually listen to the classic Thorens players, I moved the TD1601 to the main system where it was placed on top of an Artesania Exoteryc rack and connected to the CH Precision P1 phono stage. As speakers, I used both Kroma Audio Carmens and Martin Logan ESL15A‘s, each powered with the CH Precision A1.5 power amp. And, again, the TD1601 + AT33EV surprised me with its excellent performance. In this superlative system context, too, the Thorens is highly expressive and super-dynamic with tight, solid bass. At this point, it dawned on me that not only did the TD1601 have much better bass than any of the classic Thorens turntables, it actually approached the solidity of the massive Direct Drive Yamaha PX-2! I already noticed that the Thorens possessed a very natural timbre in the other setup but with the Martin Logans, this was further confirmed. 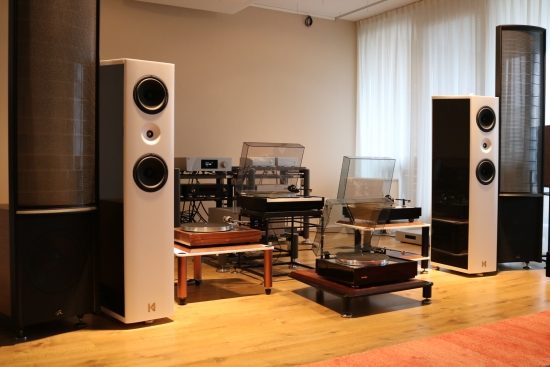 To make matters even more interesting, I also had a Linn LP12 Akurate with an Audio Origami PU7 tonearm available for comparison, loaned to me by Marco Oudheusden of Hexagon Audio as part of another review. As I found out, the Linn can be made to sound very different depending on the chosen arm and cartridge combination. A few years ago, I listened to it with an Akito tonearm and Adikt cartridge. In that comparison, the LP12 sounded rather dry and forward. Now, with the Audio Origami arm and the same Adikt cartridge, it sounds smooth, warm, and relaxed. The loudspeakers were different, but in both cases, I was comparing it to the classic Thorens players as a common reference point and using the same cartridge. 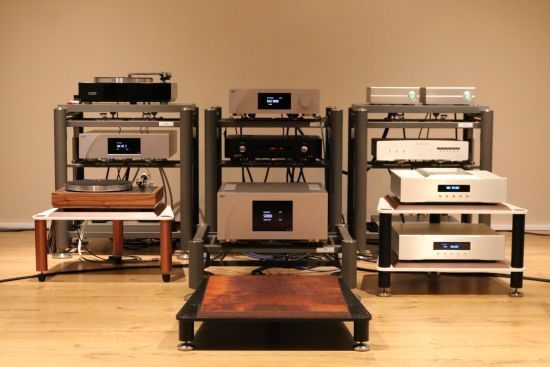 In any event, for the comparison at hand, I now fitted a Denon DL-304 in the LP12 as well as the TD1601 to align them as much as I could. In all cases, the CH Precision P1 provided the pre-pre duties while the phono cables were alternatingly the Linn Silver (as also hard-wired into the LP12) and the Vermouth Reference. As the P1 makes it very easy to make all the adjustments from the comfort of the listening position it was a breeze to find the best settings. At 600 ohms, the Denon DL304 provided the nicest balance between relaxed smoothness and dynamic punch. Lower values made it lose some energy and higher values made it sound too forward in the upper midrange. 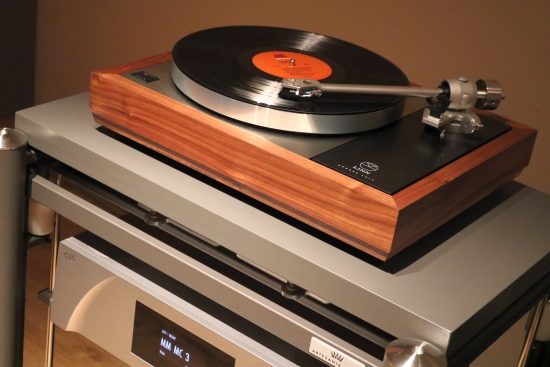 Even when using the Linn Silver interlinks for the Thorens, the TD1601 and the LP12 still could not have been more different. That’s interesting, isn’t it? Both are based on the same working principle which in both cases is executed very well and still they sound very different. Whereas the Linn provides a smooth Limousine-like ride with round, mellow bass, a rich and relaxed midrange, and sweet treble, the Thorens is more like a roller-coaster ride. Yet, its presentation is never edgy or forward or even hard in the slightest. The biggest differences can be found in the bass and the midrange. With Pink Floyd’s Sheep, the Thorens TD1601 portrays the bass player’s part as a very clearly strutted dum du-du-du dum whereas the Linn LP12 makes this into a more generic dum duuuum dum. Other than this and its more restrained expressiveness in the midrange, the Linn does definitely make music. It has soul and it, too, makes my foot tap. But it does not make my heart beat as the Thorens does.

I should note that the Denon cartridge is likely not ideal for the Audio Origami arm as it sounds less spritely and open than it does in any of the Thorens turntables but also with the Adikt cartridge, the LP12 retains its smooth and relaxed nature. And it sounds this way not only when compared to the TD1601 but, to a lesser extent, also the TD160 Super and TD125mkII. I think I should give it a third listen with another arm to see if it can be made to sound in between these two extremes. Fortunately, with the Thorens TD1601, one does not need to worry about such considerations. It works absolutely fabulously with the supplied TP-92 arm.

Like all turntables, the Thorens’ sound can be influenced by the rack on which it is placed. On the Artesania Exoteryc rack, where it is placed on a 36mm thick MDF shelf on top of a heavy metal rack, it sounds most neutral, refined, and transparent. On the Artesania Modular Rack, where it is placed on a Tankwood/Krion sandwich platform, it sounds more full-bodied and sonorous and richer in the midrange. Purely in terms of tonality, I think I preferred the latter although with busy mixes the Exoteryc did seem to raise the apparent resolution and provided more clarity and refinement.

The Linn Silver interconnect made for a smoother and sweeter sound than with the Vermouth while retaining the clarity and mostly also the level of detail. The bass, however, is quite noticeably softer and rounder with less “bite” which makes me prefer the Vermouth. However, although less accurate in a technical sense, I can also imagine that this very aspect could be appreciated among people who want a more forgiving sound. In any event, the TD1601 showed its capabilities with either interlink and the selection of the best interlink will prove very much a personal matter. Fortunately, the cinch connections make it possible to just try every regular interlink with it which I think is a great bonus. 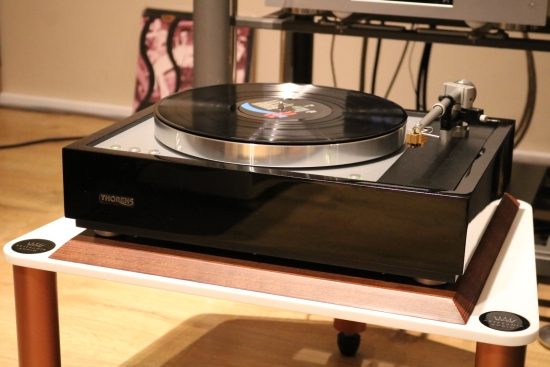 Having changed ownership has clearly worked out well for the Thorens brand. The TD1601 strikes precisely the right balance between classic values and modern engineering. It offers all the benefits of the best classic Thorens turntables along with very high build quality and significantly improved sound at a very sensible price. Visually, it may be based on the TD160 but the TD1601 actually comfortably surpasses even the TD125 MkII. For those who may have had doubts, I say doubt no more! The TD1601 is a true Thorens and I could not be more thrilled that the brand is back. At 3000 euro the TD1601 is already a bargain but a further 500 euro could be saved if one opts for the TD1600 without its motorized lift and auto-shutoff. In either version: highly recommended! 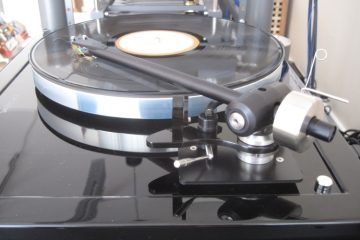 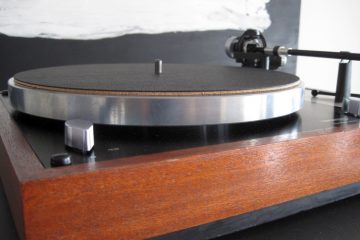 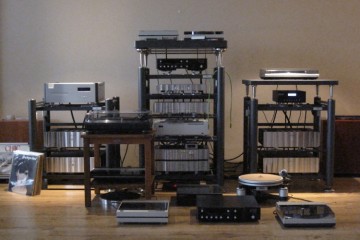 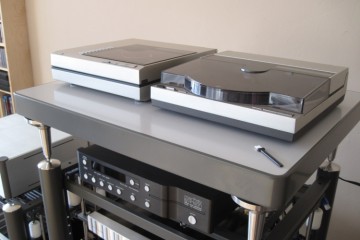