For this portion of the review, I have switched the L1 in the circuit between the C1 DAC and the A1.5 power amplifier, using two CH Precision Balanced Link XLR cables. Before adding the X1 I first re-acquainted myself with the sound of the C1 + L1 using a playlist that I restarted after adding the X1 to the L1.

Just as with the C1, the increased soundstage depth is very noticeable with the L1 preamp. Also as with the C1, the bass has gained solidity and authority and the midrange has become richer and more voluptuous. While the C1 DAC has a sonorous character of itself (also without the X1) the L1 preamp is incredibly neutral. In comparison with preamps that are sonically positioned on the full side of neutral, some may even perceive the L1 as being lean. I assure you it is not but such is the nature of comparative perceptions. Either way, with the X1 powering it, no-one could possibly accuse the L1 of sounding lean any longer.

I could go on describing everything I heard but, in essence, all the effects are very similar to what I heard with the C1. The only aspect that makes the proposition for the L1 a little different than for the C1 is that while the C1 has a sonorous and full-bodied character while the L1 essentially does not have a character. The X1 enhances the C1 while retaining its overall character. But as it follows, the L1 gains the same benefits as the C1 but in becoming richer and sweeter it also takes on a little bit more character, moving away subtly from its ultra-clean non-adultered state to one that is slightly more forgiving. But, wait, that’s a good thing, right? Indeed, as a reviewer, I tend to look at such things from multiple angles but, in reality, when friends come and listen, they are are simply grabbed by the music, or not. And with the X1 in place, they most definitely are! 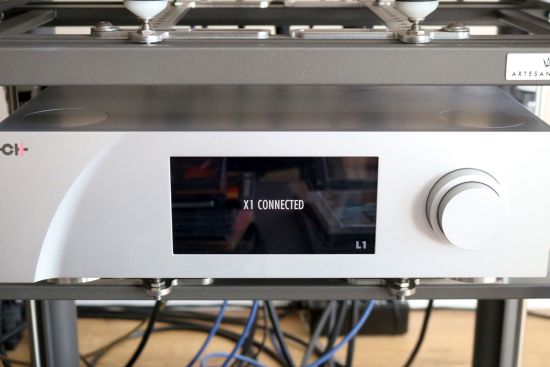 So far, I have compared the C1+X1 directly to the A1.5 power amp with the C1 into the L1+X1 into the A1.5 power amp. Although we had already established that the effects of the X1 were very similar for the C1 and the L1, I did make note of the L1 changing more than the C1. But as the following experiment will show, that is only the case in isolation.

To take this one step further I repeated the X1 experiment with it powering either the C1 or the L1 while leaving the latter in the signal path in both cases. Even though I could not detect any differences between the X1’s two outputs, just to rule out everything, I used a single cable connected to output 1 and swapped it between the C1 and L1.

In this comparison, I was surprised to find that it was extremely hard to pick between these two options. No matter which component the X1 powered, this resulted in the effects as already described: a more sonorous, fuller tonality, a richer, more organic midrange, clearer decays and deeper soundstaging. In short: I was hard-pressed to pick a favorite. Besides further confirming the validity and consistency of the CH-philosophy, this also indicates that, in a system context, the C1 and L1 don’t actually respond differently to the X1. 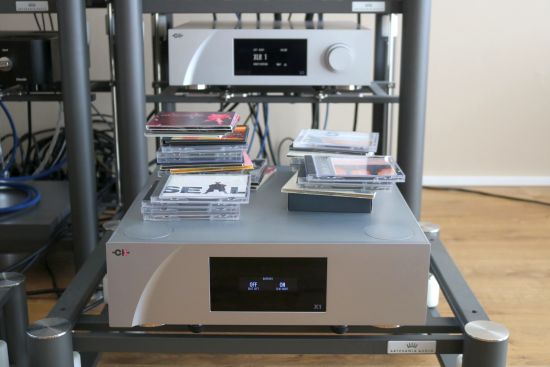 Before going “Full Monty” and using the X1 for both the C1 and the L1, I wanted to do a final test. In order to see if using the second output would have any impact on the first output, I left the X1 connected to the L1 preamp while using the C1 DAC by itself. Then, after listening to a couple of tracks, I connected the X1’s second output to the P1 phono stage. I did not listen to the latter and used it only to “load” the X1’s secondary output in order to isolate the effect (if any) on the first output.

Well, on this, I can be very brief as there was no impact whatsoever on the sound of the L1. The X1 is absolutely agnostic to being used to power one or two components. Clearly, the efforts that CH has made to isolate the individually regulated outputs are paying off.

Full Monty – X1 powering both the L1 and the C1

After having experienced the profound enhancements that the X1 brought to the C1 and the L1 individually, it will probably not come as a surprise that the effect when using the X1 for both components simultaneously is cumulative and fully in line with the aforementioned effects for the individual components.

Most impressive is the absolutely room-filling spaciousness and the absurd amount of breath within the soundstage that makes individual instruments and vocals come across more realistically and with a more tangible 3D body. This works in tandem with the now absolutely fabulously organic and highly-textured midrange that sounds sweeter and richer than before but simultaneously provides a calmer and clearer canvas in which all the instruments are allowed to fully blossom.

Even though I have never found CH components to sound overly clean, let alone clinical, I know that some people maintain this perception, likely due to comparisons with overly warm-sounding other components. Be that as it may, the X1 cleanly wipes those arguments off the table. With the X1 in place, the CH units reach a balance that for most other brands remains an illusion. It is the perfect harmonic balance between being utterly neutral, linear and precise on the one hand and fabulously organic, liquid and fully natural on the other.

After having been engulfed in this fantastic soundstage for too long, going back to the L1 and C1 without the X1 is a bit like having listened to the next model up from a pair of speakers and having to go back. Both speakers have the same inherent qualities but the scale and depth are reduced and everything seems a little cramped and matter-of-fact by comparison and you are left wondering where to get the funds to upgrade. Such are the seductive qualities of the X1 that one would be wise not to audition it if the funds are not available. Taking the unit for a listen is guaranteed to induce a “must-have” lust. It’s fortunate, then, that the X1 is the only component in the CH-catalog to carry a relatively sane retail price! 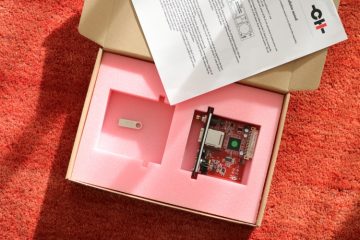 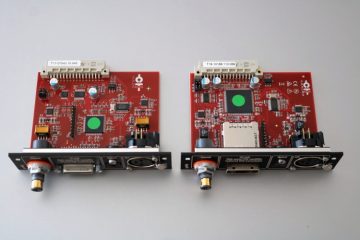